We had the pleasure of interviewing Joy Downer over Zoom video!

“Joy Downer, she’s not a downer at all,” says Joy when asked to describes herself. Her debut album Paper Moon was written and recorded with her husband JeffreyDowner in their home studio in Los Angeles over the last three years, the couple drew from a wide range of inspiration from Broadway musicals to disco to punk rock.

Joy Downer, born Joy Bishop, grew up as one of 10 kids raised in the Mormon/LDS Church in Jamul, CA. “We lived in a pink house with blue carpet, perched on the top of a hill, with fruit trees and horses, lots of dirt to ride bikes, and a trampoline to get hurt on constantly.” Music was a big part of her upbringing. She often found her Mom playing the piano and listening to musicals while her Dad, a drummer in high school, loved playing Beatles songs and listening to classic rock roll and country. No longer a member of the church, she fondly recalls nearly everyone playing instruments and singing and credits those early years of childhood for her love of music.

In grade school, Joy used songwriting as a tool to help her remember things.“It seemed to be the only way I could retain information,” said Joy. “I would also write about my feelings of depression, though I didn’t know what depression was at the time, and with no one to open up to about what I was feeling, music was my only form of therapy.” As she got older her songs became more romantically themed.

Joyrecollects sharing one of these early compositions with her high school boyfriend and, “he suggested I sell my songs to ‘a real singer like Britney Spears.’”

During her Senior year of high school, Joy was homeschooled so she could devote more time to her modeling career, which for eight years afforded her the chance to travel and live all over the world, including Australia, London, and Los Angeles before landing in NewYork City. While living in New York in 2008, Joy took up an invitation from her brother, Jon Bishop– a member of the band CrashEncore and a DJ at the forefront of the Southern California techno scene – to come visit him in San Diego, where he was recording with his band.

After landing, Joy met her brother at Capricorn Studios.“Inside the live room playing some really beautiful guitar sat Jeffrey, my brother’s new best friend,” Joy recalls of the day she first crossed paths with her husband and partner in life, JeffreyDowner. They played her a new song they’d been working on, and Joy immediately heard a melody which the two encouraged her to track, marking her first-ever studio recording. It was a short trip back to NYC beforeJoy was summoned back by Jon and Jeffrey to continue collaborating with them on the album. This was a turning point in Joy’s life.

Upon her return to San Diego, Joy was supposed to move in with her brother, only to discover that he’d found a roommate. To Joy and Jeffrey’s surprise, Jon suggested that she stay with Jeffrey. “The joke here is that I moved in and never moved out,” said Joy. Jeffrey and Joy eventually moved to Los Angeles, so she could get back into modeling while the couple would continue to make music. The city proved expensive, andJoy and Jeffreyfound themselves working multiple jobs just to make ends meet – putting music on the back burner for the next six years.

“In 2015, I said, screw it! I’m quitting all my jobs and spending six months working on music! I did just that,” explains Joy. Her debut solo EP Radio Dreamer– recorded with producer Rob Kolar (Kolars, Lemon Sun) – soon followed in 2017. Rob hit the road with his own band, and Joy, ready to work on her debut LP Paper Moon, made the decision to work at home with Jeffrey. “We’ve had the opportunity to really strengthen and hone in on our musical capabilities,” said Joy of working with her husband.

Bringing the album full circle to where her love affair with music began, Joy felt it was important to include her family members on the LP. “I sampled voicemails from both my Mom and Dad, had my Mom play piano, had my brother Jon sing and play guitar at the end, and my sister Jaime played some harmonium. There’s even the song I started writing at age 17, that I didn’t sell to a real singer like Britney Spears,’ which is the opening track ‘A Song You’d Never Want to Hear.’ Each song sort of catalogs my current mindset/feelings and is still my form of therapy. I wrote most of my songs in a stream of consciousness way, so if I’m asked what they mean, I’m often still trying to figure that out myself. So I would say: whatever it means to you, that’s  what it means.” 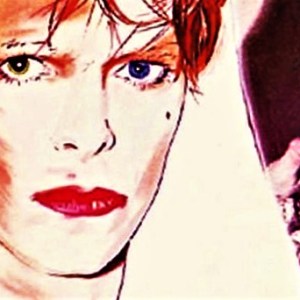 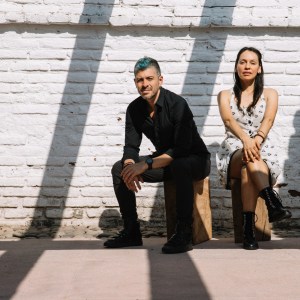