For the whirling dervish, recent-Grammy-winning guitar duo, Rodrigo y Gabriela, everything got going on Grafton Street. The Dublin, Ireland thoroughfare, which is famous for its street performers and shops and general creative energy, is where the duo first planted their sonic flag in earnest. The two musicians, who were born and raised in Mexico and were romantically involved for a number of years, first bonded at 15-years-old over guitar-based music. Metallica, Sepultura were among the many bands they loved, the riffs and speed. Wanting to make it as a metal band, they moved to Ireland to hone their chops. Along the way, they traded their electrics for acoustics, began busking on Grafton and quickly amassed a following that hasn’t since shrunk. To thank this fan base, Rodrigo y Gabriela will release a new album, Mettavolution Live, on October 2nd. To celebrate the release, we’re debuting a brand new track from the record, “Electric Soul,” here today.

“We lived for ten years in Ireland,” Gabriela says. “Originally, we went there as an adventure. We said we didn’t want to do anything else except play guitar. Grafton Street was the most famous little street in Dublin, which is a very old city. Everything else happened to us because we started playing Grafton. People came up to us and watched for 45 minutes. They invited us to play out. That’s how we met our management.”

The band’s upcoming live release is a lengthy, at times-heavier musical journey. The double-album includes songs from the band’s Grammy-winning 2019 record, as well as longtime hits like “Diablo Rojo” and “Tamacun.” The album, which is an amalgam of live tracks recorded from the duo’s 2019 tour in support of their award-winning studio release, also includes a 21-plus-minute version of Pink Floyd’s “Echoes.” It’s yet another stellar cover in a long series of them for the band that’s recorded versions of Metallica, Led Zeppelin and Billie Eilish songs. That Rodrigo y Gabriela is so versatile is no surprise, especially to Gabriela, who’s been exposed to music since before she can remember.

“I think it was probably ever since my mom was pregnant with me,” she says. “My mom was such a music lover. She listened to music ever single second of her day. Ever since I was very young, I remember loving music. Classic Jazz, the Beatles, Rolling Stones. All the Latin Salsa and Tango. It was very eclectic.”

Gabriela’s own musical journey has continued since those early days absorbing the diverse vibrations. While no one in her family played instruments, she knew she had a deep, heartfelt love with guitar-based music. She became curious and wondered what it would be like to play the six-string, to hold it in her hands. She begged her mother for one and, eventually, got a cheap red acoustic. She took a lesson here or there but, having little-to-no money, she taught herself mostly by ear. At 15-years-old, she met Rodrigo and the two fell in love with playing and then fell in love with each other (the two have since amicably become just friends).

“We’ve been playing so many years together,” Gabriela says. “Through those years, there have been so many kinds of music, so many adventures and experiences. We’re both very intense people. Nowadays, we’ve matured. But we know exactly how to work – without even speaking.”

In the band, Rodrigo often focuses on the melody, soloing, in many ways, like his fingers are the lead vocalist. Gabriela, in contrast, focuses on the percussive rhythms she beats out from the nylon strings and hollow acoustic strapped over her shoulder. It’s a remarkable chemistry, syncopation. If ESP was personified, it’s Rodrigo y Gabriela. In this same vein, their song, “Electric Soul,” was written for Mettavolution as if it was to be sung, with lyrics and all. The duo may get a singer later for it. But, even more than any one song, the duo is ecstatic to have been recognized by the recording academy for their work.

“It was great, to be honest with you,” Gabriela says. “Even though we’re the type of people not to focus on the prizes – we’re focused on the process. But fifteen years ago, our first album was number-one in Ireland and that opened huge doors for us. We actually expected a Grammy for it but we weren’t even nominated. After that, we decided not to put our hopes into the Grammys. You know, it’s been 23 years of a career. Then all of a sudden, we get a call Thanksgiving Day and we’re like, ‘WOW!’”

For Rodrigo y Gabriela, the road to such lofty recognition has been long and assuredly bumpy (see: dank Ireland basement apartments). But there have been blissful moments, too. And significant, important growth. Lately, the band has redoubled is efforts on its own health (Rodrigo has a vegan restaurant; Gabriela a co-op). Plant-based diets, meditation, yoga, hand stretches, shoulder exercises, jogs, sleep monitoring – these are all practices Rodrigo and Gabriela have integrated into their day-to-day lifestyle. The hope is, of course, that it will help them play guitar for years to come, publically and privately. Because music is sacred.

“I think music goes deeper to parts of ourselves that we don’t even know that we’re aware of,” Gabriela says. “Music can go in and touch those areas that you don’t even know that are there. It can literally heal you, light you up, transform your life in a good way, if you want it to.” 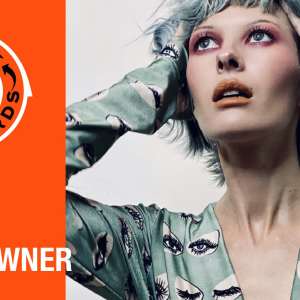 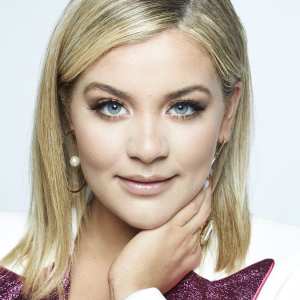