Together with Sean Ulbs of The Eiffels, we had the pleasure of interviewing Phem over Zoom audio!

For Phem, this self discovery has paid off. Over the past couple of years she has both been featured on and co-wrote songs with a slew of artists including G-Eazy, Machine Gun Kelly, Lil Tracy and Iann Dior. She has toured the world supporting artists such as Lil Xan and Grandson. Phem has also become a regular contributor in John Feldmann’s camp, writing a song on The Used’s Heartwork and most recently Jxdn’s single ‘So What’. It was her own VACUMHEAD EP released last year that racked millions of streams and gained her a cult following of teens inking her name on their limbs. And somehow she accomplished all this while remaining completely independent. Having remained somewhat quiet in 2020, Phem is now gearing up to release a series of new singles.

The new three-track bundle includes “In Hell It’s Always Halloween Remix” featuring iann dior and PHEM, “Just Us Two” featuring Dana Dentata, and “Watch Me” featuring BigKlit. These tracks were released through Sony Music RECORDS and Audio Up Music, and are available now through all digital and streaming platforms.

HALLOWEEN IN HELL’s finale episode is slated to release Friday, October 30th, with its final tracks set to drop on Friday, November 13th. The series will be accompanied by a four-part making-of documentary to be released as bonus content. Stay tuned for more.

About HALLOWEEN IN HELL:

A scripted horror musical podcast, just in time for Halloween. Rock legend Tommy Lee stars as the Devil, featuring original music and performances by Machine Gun Kelly, iann dior, Dana Dentata, PHEM, and 24kGoldn. On Halloween, Satan lures three performers to his sadistic game show in Hell where they must perform or die. The winner returns to Earth. The losers will play out their showbiz careers in fiery hellfire and damnation.

Audio Up CEO Jared Gutstadt explains, “Halloween, much like other major holidays, deserves its own entertainment tent pole. While a lot of people focus on Christmas, Valentine’s Day and New Year’s Eve, we really believe that Halloween is an undersurface time of year for folks to enjoy original content. I was always a fan of ‘The Rocky Horror Picture Show’ and ‘Nightmare Before Christmas,’ and we believe we’re creating an evergreen franchise that will allow us to unlock new stories every year with original music, possibly ending up in the realm of live or visual content. Machine Gun Kelly was an extremely logical and obvious partner for us. His brand pairs well with the season.” 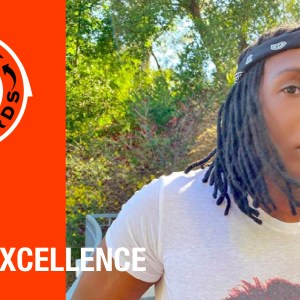