We had the pleasure of interviewing Powfu, RXSEBOY, and Sarcastic Sounds over Zoom video!

With production from Toronto-based Sarcastic Sounds, “Eyes Blue Like The Atlantic Part 2” is available now at all DSPs and streaming services HERE. The companion visualizer is currently streaming via Alec Benjamin’s official YouTube channel HERE.

Sista Prod’s “Eyes Blue Like The Atlantic” has already proven a true social media sensation, featured in over 250,000 TikTok videos thus far. The 18-year-old Italian producer’s original version is rapidly shaping up as an equally popular streaming favorite, currently ascending towards the top 20 on the Spotify US Viral 50 Chart while climbing the overall Global Viral 50. “Eyes Blue Like The Atlantic” is also rising up the chart in an array of international markets, including #12 in New Zealand, #20 in Australia, #26 in Singapore, #29 in Switzerland, #30 in Canada, and #37 in the UK.

Sista Prod is an 18-year-old producer from Italy who first started making beats on a Launchpad after finding out his friends at school had a strong interest in singing. Since then, he started working professionally with the help of his father and created his own studio. As Sista Prod collaborated with other artists and producers, he fell in love with the lo-fi aesthetic. He came across Ollie MN‘s verse on the internet and thought it was perfect for a full song. Two years, later “Eyes Blue Like The Atlantic” began taking off on TikTok and climbing the Spotify Viral charts.

Emotive singer and songwriter Powfu has quickly emerged as an important player in bringing the unique sound of lo-fi hip-hop genre into the worldwide mainstream, racking up millions of global streams with tracks such as this year’s RIAA platinum certified breakthrough, “death bed (coffee for your head).” The track reached #23 on Billboard’s “Hot 100,” fueled in part by over 1 billion combined plays across YouTube, Spotify, Shazam, and of course TikTok, where it inspired countless user-created videos. The Vancouver, BC-native followed the global success of “death bed” with his recently released debut EP, poems of the past (Columbia Records). The 6-song EP showcases the 21-year-old artist’s rapid growth since his early independent releases, alongside collaborations with such lo-fi peers as Sarcastic Sounds, Jomie, ivri, sleep.ing, and RXSEBOY. poems of the past also includes a bonus remix of “death bed (coffee for your head)” featuring one of Powfu’s all-time favorite bands, blink-182.

Alec Benjamin initially bonded to listeners everywhere by way of relatable ruminations over lo-fi beats and glassy acoustic guitar. He built the perfect platform to transmit these messages. In 2018, the platinum-certified Phoenix-born, singer, songwriter, and multi-instrumentalist delivered his first mixtape, Narrated for You. To date, he has generated over 2 billion total worldwide streams and earned a platinum certification for his breakout single “Let Me Down Slowly.” Alessia Cara joined him for a duet version of the latter, which soared on the Billboard Hot 100. In addition to supporting Lewis Capaldi in arenas, he sold out headline dates across North America, Europe, and Asia on and performed on The Late Late Show with James Corden and The Tonight Show Starring Jimmy Fallon. Beyond acclaim from The New York Times, TIME, Rolling Stone, he converted longtime idol John Mayer into an outspoken fan—joining the ranks of fellow high-profile supporters such as Billie Eilish, Bryson Tiller, and Kevin Abstract.

As life happened around him, Alec compiled ideas and turned his keen perception on himself for his full-length debut, These Two Windows [Atlantic Records] which dropped earlier this year. By doing so, he crafted an honest sonic diary, detailing moments of doubt, mental health struggles, unrequited love, and blissful childhood memories all in one place without filter as illustrated by songs such as “Mind Is A Prison” and the single “OH MY GOD.”

Florida’s RXSEBOY, aka Anthony Tubbs – has developed a loyal fanbase attracted to his mix of chill beats, self-aware lyrics, and clever production techniques. His alter-ego was born shortly after a failed relationship left him with a plethora of mixed emotions. The 20-year-old’s music has become a place for fans and artists alike to share stories of relationships and smart world observations in an exciting genre. 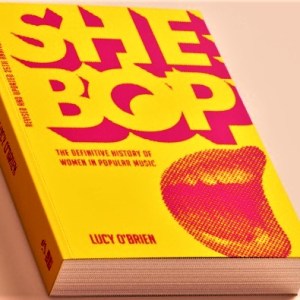 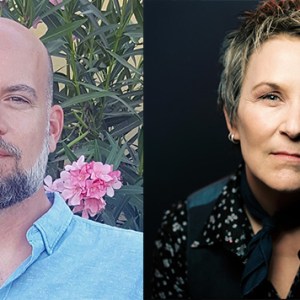