Together with American Songwriter and Sean Ulbs of The Eiffels, we had the pleasure of interviewing PREP over Zoom video!

British indie-pop four-piece PREP recently released their debut, self-titled album via Bright Antenna Records. The highly anticipated project is full of elegant jams and deep grooves that mine contemporary R&B influences like Unknown Mortal Orchestra, Thundercat, and Mac DeMarco while hearkening back to the soft, sheer sound of the late ’70s and early ‘80s. Recorded over the last year, on PREP, the band’s carefree melodies, crisp vocals, and slick production are at their peak.

“There’s always been a very specific world I imagine when I’m writing PREP songs – like a recurring dream of a lonely, disheveled, but not completely broken life somewhere in West Coast America,” PREP’s Tom Havelock says. “A lot of driving. Big landscapes. Difficult relationships with people who’ve moved on to better things. They’re my thoughts, but they’re flickering through the head of someone who isn’t quite me.”

“But I think making this album in such a concentrated burst, and at such a strange time, has made that separation seem less relevant,” Havelock continues. “When normal life suddenly feels like you’re walking through a disaster movie, what’s so unreal about imagining yourself sitting in an apartment in Pismo Beach, talking to a friend about their divorce? Whatever the setting, these are songs about reaching out for contact you can’t quite get, about missing people you maybe didn’t know that well to begin with. And while those are feelings I think a lot of us are struggling with at the moment, I’ve been especially grateful to have the dreamy pastel shades of PREP to filter them through.”

In 2015 the four members of PREP came together to cut deep grooves that mine contemporary R&B and electronica while taking inspiration from the soft, sheer sound of the late ’70s and early ‘80s. This love of modern production and classic songwriting united vocalist-lyricist Tom Havelock, keyboardist Llywelyn Ap Myrddin, drummer Guillaume Jambel, and producer Dan Radclyffe.

The freshness is a product of each band member coming from a different musical direction. Llywelyn started out writing opera; Guillaume moonlights as a house producer and DJ; Dan produces hip-hop, and Tom works as a pen-for-hire songwriter in the pop music world. With widespread critical support and radio love from BBC Radio 1, 1Xtra, KCRW, and Beats1, the band is turning heads and bringing listeners to “a much-needed funk-fueled trip to a sun-filled beach,” according to The Line of Best Fit.

Earlier released tracks of 2020 “Love Breaks Down” (a jaunty track that recalls early Prince) and “Over” (reminiscent of a dark tropical evening with a seductive groove) featuring Norwegian electro-pop singer-songwriter Anna of the North aren’t included on PREP’s debut album, but still justify head bops. 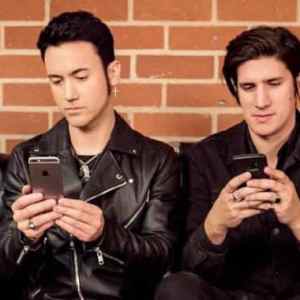 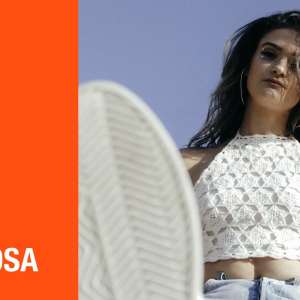