We had the pleasure of interviewing Ria Marie over Zoom video!

​​​​Be the person that the little girl inside of you would be proud of. – RIA

​​Hailing from Bristol, Tenn., the birthplace of one of the most successful music genres in the world, Ria Marie has an undeniable passion for creating music that runs as deep as her home town’s country roots. To say that singing is in her blood would simply be an understatement; she is a distant relative of the trailblazing Carter Family and the daughter of a singing prodigy who at one point had been associated with musical legends such as the late Whitney Houston and Bob Marley, to name a few.

​​Growing up, Ria spent her formative years listening to modern icons of soul and pop music like Houston, Christina Aguilera and Jennifer Hudson, all of whom have undoubtedly influenced her buttery-smooth vocal runs and razor-sharp precision as a singer. She is also no stranger to the stage, having shared roles with Broadway performers and even making callback upon callback leading up to a filming portion of America’s Got Talent at just 14 years old.

​​However, it was as recent as 2017 when Ria Marie, the artist, first began to take center stage in her current home base of Nashville.

​​After a studio session with renowned jazz pianist and composer Jeff Franzel (Frank Sinatra, Josh Groban, Lady Gaga, The Temptations), who admired her rendition of Etta James’ “At Last,” Ria was ready to begin singing her own truth.

​​“I just knew I had something more to say,” the 24-year-old shared, referring to a period of time in which she had exclusively recorded covers of popular songs. “I have always loved singing other people’s songs but there’s nothing like putting your own heart down on paper and sharing its message with people.”

​​Following a string of covers posted on her Instagram page, her undeniable vocal chops reached overseas to U.K.-based duo The Producers, who ended up emailing her a couple of instrumentals to see if they would be a creative fit. Thankfully, it was a match: a smoky blend of modern R&B with timeless, jazzy undertones, Ria’s soundscape involves hard-hitting beats anchored by infectious melodies.

​​Ria’s last single “Better” is the perfect demonstration of this dynamic pairing in the form of a fiery anthem for anyone who’s ever been in a toxic relationship. With almost 60,000 Spotify streams to date, it’s been hailed as a “surprising roller coaster ride filled with hidden twists and turns.” (Screen Reels)

​​On July 6, she’ll be following her empowerment anthem with “Playground,” a tight R&B groove that finds Ria challenging today’s double dating standards that women face. Over tough-as-brass-knuckles synths, Ria flips the dated narrative of men being the only players out in the field of love. It doesn’t hurt that acclaimed producer Sonic Pilot (Riff Raff) throws in an icy-hot guitar solo during the song’s bridge.

​​In the winter of 2019 and early 2020, Ria played numerous Sofar Sounds showcases around the country including Atlanta and NYC where she also performed at the iHeartRadio office. In February 2020, she finally met The Producers in person during a two-week writing retreat where she co-produced over 20 fresh tracks.

​​Following the release of her debut single “Honey” in fall 2018, Ria found herself playing tastemaker showcases around Music City and music festivals alongside acts like Kim Petras.

​​Her kaleidoscopic mix of melodic pop sensibilities and refreshingly bold lyrics make for songs that are immediately accessible to R&B and pop lovers alike. Whether it’s showcased through the playful lens of love at first sight as on the sultry “Honey,” or on “Dancing Through the Fog,” a journey of self-empowerment, Ria unapologetically wears her songwriting heart on her sleeve.

​​The strikingly introspective lyrics of “…Fog” depict a maturity wise beyond her years as she details the mental struggle of falling prey to one’s own ego and overcoming it by focusing on spirituality: “Reflecting light is not easy in the dark / But it won’t last if my inner sun guides me.”

​​Ria continually looks forward to the electricity of performing live, adding, “That instant gratification of relatability and knowing you’re not the only one who has gone through an experience is one of the main reasons I love performing. If one audience member can walk away from my show with even one lyric or note that has struck a chord with them, then I’ve done my job as an artist.”

​​I think it’s safe to say we’re all listening. 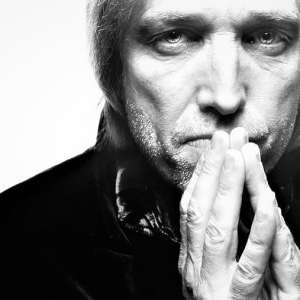 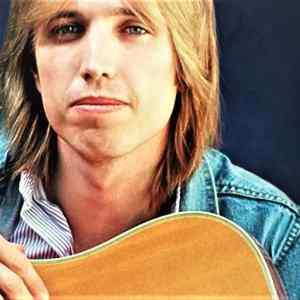