This is the second part of a three-part series.
Part One: Tom Petty’s Highway Companion.

“It was nice writing these songs,” he said, “because I didn’t feel I was under any pressure, or had any deadline. And I didn’t. I did it just to amuse myself.”

From Part Two of our conversation with Tom Petty about Highway Companion, the third of his three solo albums. Yesterday July 25 marked the 14th anniversary of its release.

This was the album he was making at the time we worked on the book, and the first ever he recorded in his own home studio. It was a really happy time for him. This part of the talk reflects the real-time joyful freedom he found in making this music. He was making a new album but felt liberated to do exactly what he wanted, unchained. There was no deadline, no urgency, no discord or worry. That sense of calm contentment can be heard in all these tracks.

In this section he talks about writing the great “Down South.” His pure delight having finished this one, he said, had not worn off. We traded our favorite lines in it, and the gentle but sure way he guided it towards completion. It was fun, but work, too. He never settled easy on songs until they were right, and this one needed some adjustments, as he explains.

It’s the genuine essence of Tom. He loved writing songs. Some came easy, some were a struggle, some never got all the way to an album. But he loved the ride always, even when the destination was uncertain. And suddenly the journey was over even before he knew it.

Here’s part two of our conversation about Highway Companion.

Did you do any demos of these songs?

TOM PETTY: I did one for “Big Weekend,” but I never played it for Jeff. I just played it on guitar. And there were a couple of things I started, and they just took that track and finished it, rather than starting again. Things like “Square One.” I did that here [Tom’s home in Malibu]. “This Old Town,” I did the guitar and the vocal here. And “Jack,” I did most of that track here, and they finished it up.

“Square One” is a beautiful song. Very tender, with no drums.

It’s funny. It came together when I was here in the studio with my engineer. And I had that song, and I sat down and recorded it, and then I didn’t like the way the verses were going. And then on the spot, just because I thought it didn’t matter, I changed the chords around in the verses. And we did another take, and that was it.

So the unfortunate thing for the producer was that I didn’t realize I was making a record, and I played the guitar and the voice into one mike. So it was nearly impossible to separate them. So [the engineer] had to do a bit of editing to get it all right. And I did sing some of it again. But I think most of it is the track I did here.

I just wrote that one night. Kind of late at night, just thumping on my guitar, and that came to me. And once I got the chords for the verse, then it all fell into place.

It’s got a beautiful chorus: “Square one, my slate is clear. . .” And I love the line, “Always had more dogs than bones.”

Yeah! I know a lot of people like that. It’s a good song in a way.

I guess it’s about finding some kind of redemption, and getting back to square one, and feeling good about it. Starting over, I guess, is the simplest way of saying it.

“Night Driver” has a poignant, haunting opening: “There’s a shadow on the moon tonight/I swear I see your face up there with the satellites /looking down from outer space. . .”

I saw the album in that way, in a loose way, about traveling and about driving. I’ve done songs about driving in the past. But I wanted this to have a different mood. And the driver in that song is going through a lot in his head. And I thought that would set the mood: “There’s a shadow on the moon. . .” Really, it all kind of came easily after I had that.

I was lucky. I didn’t really struggle a lot with these songs. I looked up one day and I had ten songs. I was surprised by it. Because I would write them, and I’d have them in my head, but I wasn’t sure if I’d really written something or not. But when I got to Jeff’s, I did have that song done. And “Night Driver” was the first song we did.

And then I thought, ‘Wow, this is really working.’ And then it was just a natural move. It was like, ‘Hey, we should record something.’ So we went over to his place, with Mike, and we recorded that, “Night Driver.”

And then I was like, ‘Okay, we’re pitching our tent here. This is going really well.’ And then we did “Turn This Car Around.” And I remember them saying to me, ‘Do you have any more songs?’

And I did. So we just went to work, finishing them off.

The songs have great lyrics, and many really beautiful melodies. The chorus to “Down South,” for example, is such a sweet melody.

I wrote two different choruses for that song. The other one was pretty good, too, but it was too long. It’s a wordy song. And then it hit me that the chorus has to be more or less a turn-around, instead of going into this big long thing. And that got me onto the other chorus, which is so much better. But I did have a little bit of a hold-out on that song, because I knew I was onto something, but until it was perfect, I didn’t want to try to record it. About midway through the album, I got the chorus, and I was really excited.

The other chorus has different words and music?

Yeah, it had different words and music. I think it said the same thing, basically, but with different words. So I found a way of quickly getting it in there, and it’s so much better. “If I come to your door, let me sleep on your floor. . .” It made a much better picture.

I have to admit I’m very fond of that song. I read this book [Dusty Springfield’s Dusty in Memphis] In this book it’s not about the album as much as about the South. It’s a very romantic place, but it’s also a spooky place. You’d think a lot of ghosts still linger down there.

I wrote all the lyrics before I wrote the music. It’s the only one on this album that I did that way. I wrote all the lyrics. And I think as I was writing them, I heard the tune in my head. And then it was just a matter of picking up the guitar and finding what chords were under it.

It took me a little time to get a melody, but I got one. ’Cause it’s very wordy. But I think every word counts. So once I had the chorus, I was really happy. [Laughs]

I’m still happy about that song. Jeff made such a great record of that song. And Mike played so beautifully on it.

There’s a nice recurring riff that holds it together —

Yeah, that’s Mike with his Magnatone amp. It’s got a wobble on the amp that makes a tremolo, but something even more bizarre than that. That’s how we made the record. He got that killer sound, and we just based the record on that.

The words are beautiful, about digging up your roots, and confronting the ghosts of that past. “Sell the family headstones/drag a bag of drybones. . .”

I think my favorite verse is, “Spanish moss down South/Spirits cross the dead fields/mosquitoes hit the windshields/all documents remain sealed. . .” That’s when I got really excited.

Yeah. I also love, “Create myself down south/Impress all the women/Pretend I’m samuel clemens/Wear seersucker and white linens…”

[Laughter] It’s funny, I was playing it, and there are people who didn’t know who Samuel Clemens was. It frightened me. [Laughs] Younger people. But he’s one of my great heroes.

So, yeah, that was a bit of luck, getting those nice lines. I’ve rarely written something that I felt so good about. It’s up there in my Top Ten of things I ever did. And that’s great. It makes me feel really good. It makes me feel like I want to keep doing this.

It’s interesting that you wrote all the words for it first. Did you have more lyrics that you didn’t use?

Yeah. I wrote a lot. And I edited it down. I got on a tear there. I just started writ- ing and writing.

It’s got some good rhymes in it.

That’s a good feeling, when it all rhymes. Though I wasn’t really concerned with the rhymes when I was writing it. It worked out, so what I did was to take the most important verses and use them. But I had more that I didn’t use. I’m a wealth of information on that subject. ’Cause I did grow up there, and once I got on the theme of what it would be like if I went back, everything started spring- ing up. [Laughs]

I really like that song. I think it’s up there with anything I ever wrote. I hope people see it that way. I was so happy to get that chorus.

“Big Weekend” is a fun song. It’s a story song, being in a hotel, leaving a tip for the maid, packing up your guitar, and going to see your friends in the bar.

My favorite line was, “I may shake your hand but I won’t know your name/the joke in your language don’t come out the same.”

[Laughter] What inspired that song?

I don’t have the damnedest idea. I just started playing and it appeared. Almost like a word game. It was along the same theme of if I went back, what would I do? And you’d probably look somebody up, and go out on a big weekend.

It’s a little bit of fun, that song. I tried to hammer in a little more into it. Like “You can look back, but it’s best not to stare.” So maybe there is a theme somewhat, of readdressing things.

It was nice writing these songs, because I didn’t feel I was under any pressure, or had any deadline. And I didn’t. I did it just to amuse myself. And like I said, I looked up, and boom, there was a lot of songs. 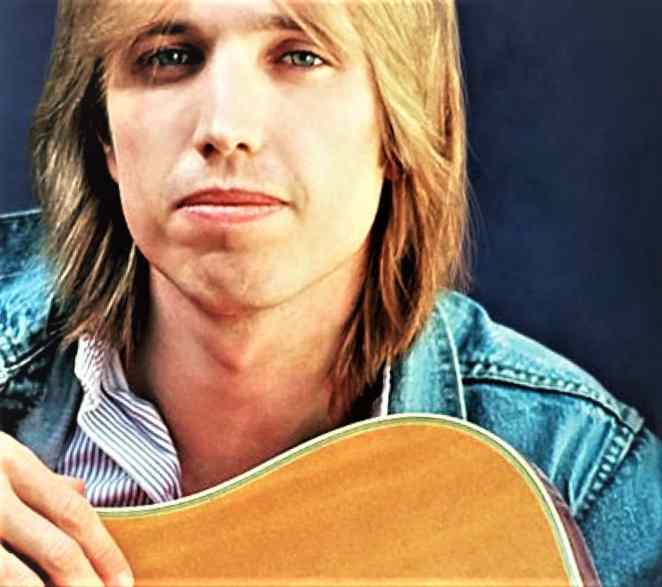 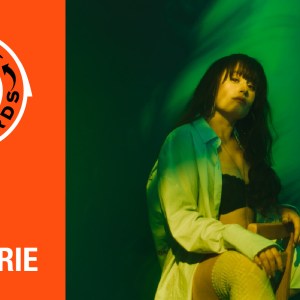 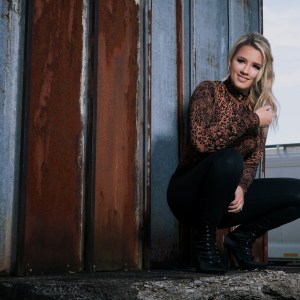