In the wake of his success with “Rumor,” the currently climbing duet with Carly Pearce, “I Hope You’re Happy Now,” and his latest, “One of Them Girls,” Lee Brice prepares to share a new record. The yet-to-be-named album will be his fifth, slated for release this fall via Curb Records.

His mid-2019 release of “Rumor”, with an accompanying music video featuring his wife, Sara, quickly became a mega-hit in the country music world. After scoring a spot at the top of the charts, landing as Brice’s sixth no. 1 single, the song is nominated for ‘Single of the Year’ for the 55th annual ACM Awards.

He was still riding the high of “Rumor,” the last song from his 2017 self-titled record when he got a call from Carly Pearce about doing a duet. “That one came out of nowhere,” Brice responded about the project. Pearce penned the song with Luke Combs and was looking for the perfect vocal match for the other side of her tell-all track, “I Hope You’re Happy Now.” Coming in blind, Brice said Pearce began to uncover more of the story behind the song as they continued to work together.

“Initially, I was like I love her, I think she’s cool, but it really depends on the song,” Brice recalled. He had met Pearce before, and played with her a few times, but wanted to be sure the track “fit.” When Brice received the demo, he was sold before the first chorus. “It took me back to the true duets of the eighties nineties. Tim and Faith, Kenny and Dolly, it was very classic to me, and that turned me on. I’m a song guy,” he expressed. “I love Carly, but I needed to know the song.”

The production demanded a quick turn around. Luckily Brice, who was on the West Coast at the time, had built a full studio on his bus. He tracked his vocal contribution that day. Shortly after he sent his part, Pearce called.

“She said ‘Hey I love it, it sounds awesome. But could you maybe give me one more shot at it, and this time, give me that ‘Lee’ thing,” Brice laughed, admitting he probably had been following her and Combs’ demo too closely. “She said that was the reason she had called me in the first place, so I gave her a pass at how I would sing it. That’s what you hear on the radio. It was a cool thing to have a song go up the charts like that, between records for me,” described Brice about the single that hit number one earlier this month.

The artist shared that there’s a good chance the duet will make the final cut on his upcoming record. Adding to the collection, he’s shared a timely mid-pandemic piece, “Hey World” as well as a punchy single, “One of Them Girls.” “I’ve always been very honest. And always looking back, in a good way and talking about my family. So, little nuggets of that will be on my record,” he revealed.

“Hey World” was born from a moment, mid-pandemic. “We tried to write it to where the song can last forever, where it doesn’t necessarily have to be attached to this time period,” shared Brice. “The sentiment of ‘hey, world leave me alone,’ can be on any day in anybody’s life, at any moment. Sometimes you just need a minute.”

It was a “special” song he put aside after it came together. When panic struck in early Spring, he pulled it back out. “I thought people needed to hear it,” he said. “That was just yet another song that wasn’t necessarily going to be on my record, then things changed, and I started thinking about it.”

He is eager to share some songs from his impending fifth studio album, including “Save the Roses” which he described as “extremely honest and country.” The idea came to him sitting at his cousin’s funeral. “Sitting beside Grandpop in heaven, I just knew what he would be saying to us redneck cousins of his. I’m excited for the world to hear that one,” he announced.

The emotional coverage so far feels heavy, but Brice assured some buoyancy with songs like “More Beer.” “I feel like that might be a big old anthem, so we’ll see,” he mentioned, promisingly.

Brice estimated about ninety-percent of the names credited on his upcoming album can also be found on his previous records. “It’s kind of like a friendship,” he offered. “If you only have so much time, you don’t go out and meet a whole lot of new people. You’d love to spend that time with friends you don’t get to see very often. So when we get a chance to write, I like to work with those already in my life. I know their strengths and their weaknesses and how they help me and how we mesh together.”

His cohorts include close friends Brian Davis, Jaren Johnson, co-producer Kyle Jacobs, and one of his “favorite people on the planet,” Billy Montana. “He’s kind of like my soul brother, songwriting soulmate. He is a chameleon who can do anything – Bob Dylan and Tom Petty wrapped up into one cool dude who can sing and play,” he laughed about Montana’s talent.

When quarantine hit, the artist and his team were only halfway done with the recording process. Unable to get into a studio, they were forced to record the “small stuff” like guitar and vocals in-house. They soon began sending other instrumental parts off for remote completion. A bass or drums player would receive the part from the team, record it on their own, and send it back for production.

“It changed the process of how I make records. But, I don’t think it has hindered how good the record’s going to be,” Brice clarified. “In fact, I think it’s as good as it could be the best record yet. I expect that of myself any time. The more you do something, the better you should get at it, if you’re putting good practice, time, and effort.”

The momentum of his April release, “One of Them Girls,” upholds these convictions about his upcoming collection. “I think that it has a lot to do with the momentum of ‘Rumor’ and the duet,” Brice explained about the April release becoming the fastest rising single of his career. “But, people seem attached to the song itself. So we’re going to keep riding this wave.”

Brice acknowledged the hardship and heartache coronavirus has brought unto millions globally, offering gratitude for his and his family’s health and safety during this time. He hopes that beneath layers of hurt that some may find growth during this time. He sees it as an opportunity to decelerate from the fast pace of normal life and appreciate what has not been lost.

“It’s given me time to finish this record,” Brice continued, “But the biggest thing has been I would never have been home this much for summer. You know we’ll probably look back on this as the best summer ever had with ‘Dad’. They’re not squeezing in a day or two a week. There’s no squeezing. There’s every day, all day. I’ve been able to teach them all the little things and spend the time with them and slow down.”

The father of three feels very thankful for this time spent at home to reinvigorate himself and his voice. He admitted that he is anxious to get back on the road to play his new music when that is a safe option again. “It’s weird to have a number one song and not be able to play it,” he laughed. It has been a big year for the award-winning country artist, who looks forward to sharing more with his fans before 2020 is over. Stay updated on Lee Brice’s latest here. 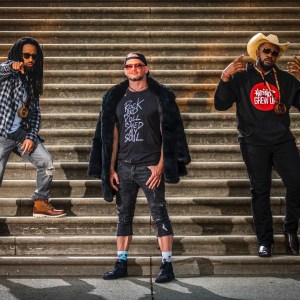 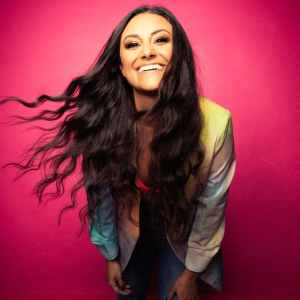