A lot has changed for Hutchinson since he released his self-titled debut EP in 2019. After establishing himself as a Baritone country boy during American Idol‘s 16th season, the Georgia native digs deeper into the grittier side of his Southern roots with his sophomore EP, Slot Machine Syndrome. Due September 17, the Brent Cobb-produced project sees Hutchinson breaking down barriers his 19-year-old self was too timid to try. Serving as a new chapter, Hutchinson’s forthcoming project is the product of a clearer vision of himself and his artistry

“I’ve lost a lot of my worry about doing the wrong or the right thing, especially given the year we’ve had. No matter what you do, some stuff is just out of your control. When I first came to town, I was worried about the correct thing to do or what was gonna make me successful or whatever. I don’t know if it’s growing up, or if it was just time here, but I realized that I’m not going to be gratified unless I’m doing something that I really believe in,” says Hutchinson. “And I love my last EP. But, from then until now, I just have much more of a sense that I need to do whatever I want.”

Cobb was at the top of Hutchinson’s “Dream Write” list when he first moved to Music City. As two “amateur historians,” the artists hit it off from the start. Hutchinson says, “I loved that he brought his own sense of direction, but I felt very much open to speaking my mind. There was nothing on this that I didn’t say, yes, absolutely, to.”

Hutchinson didn’t start co-writing songs until 2020. He says, “I was so bored, I just wanted to talk to any person.” He and Cobb wrote “Slot Machine Syndrome” the first time they met as songwriters. The title came from a conversation Hutchinson had with a friend about an off-and-on-again relationship.

“He called it ‘Slot Machine Syndrome’—the idea that you put so much into something that you expect, one day, you’ll have this great payoff,” says Hutchinson. “And I just thought about how applicable that is to everything and so many things that people do, right or wrong, just because they’ve done it for so long and are locked into his cycle.”

As a title track, “Slot Machine Syndrome” is a tribute to people in his life he has watched suffer at the hand of various addiction patterns. Based loosely on personal experience, and past relationships, the lyrics speak to a universal phenomenon through a mature lens.

“I’ve been around some really incredible people who have risked their lives and the lives of others for what they, I guess, thought was worth it at the time,” says Hutchinson. “So to me, it’s kind of a cautionary tale. It’s happened to better people than me.”

Kicking off the tracklist with “Who I Am,” Hutchinson says, seemed like “the obvious choice.” He wrote the song a few years back, coming off of the Idol stage. “I was still a teenager, with newfound worries and anxieties of all these different expectations and all these eyes on me. I was in such a weird position, and that was the song I needed to write at the time,” says Hutchinson. “It was putting my life into perspective for me in a way.”

When facing the world this way, Hutchinson recalls looking back through the works of his favorite songwriters whose classics were seemingly autobiographical. He says, “My favorite songs of all time are the ones that sound like somebody wrote them down in a therapy session. As time has gone on, those worries haven’t gone away, but they’ve shifted in a lot of ways and the song has become more applicable. A lot of people see me as this 18-year-old kid that has no clue what to do with his life. This song is a perfect way of saying, ‘Here’s what I am; here’s what I do. You can love it; you can hate it, but here’s what it is.”

Listen to Caleb Lee Hutchinson’s single “Who I Am,” below. Pre-save Slot Machine Syndrome EP, here. 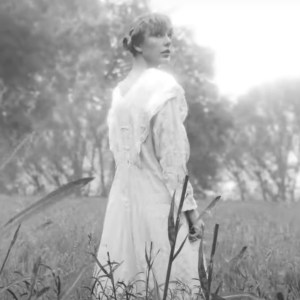