“It feels almost like letting go of a close friend,” Scottish artist Callum Beattie explained of today’s release of his debut album, People Like Us. “I am letting go of these songs that I’ve held close. I’ve written these songs about real things; no one has heard them before.”

The breakout artist made his long story seem short and painless with humor and grace. His journey, spanning over a decade, has led him to this very day. “I have been waiting for this moment my whole life. I don’t mean that in a cheesy way, it’s just all I have dreamed of since I was a boy,” he shared excitedly.

Beattie explained that beyond expected elation, he carries mixed emotions into this long-anticipated release day. “I feel a bit sad because there are people that contributed and supported me along the way. Like ex-girlfriends or friends I haven’t kept in touch with, and I can’t share this moment with them.”

The record, People Like Us, is autobiographical. Personally penned or co-written with close friends, each of the fifteen tracks on the album works in tandem to tell the story of Callum Beattie.

The album title represents a poignant story of perseverance. Beattie, who described his relationship with his brother as “distant,” shared a defining moment that influenced his title and career. He remembered a night his brother invited him out to a pub for a game of pool.

“We were getting on, and I was thinking ‘this is a first,’ Beattie recalled. “Then he said, ‘so what are you going to do with your life?’ I told him I was going to write some songs, build a fan base as best as I can, and one day play in front of thousands of people. He slammed his pool cue down and said, ‘Callum, things like that just don’t happen to people like us.’ I always remembered that and now I’ve got it tattooed on my arm,” the artist laughed as he rolled up his sleeve.

By that, his brother meant fame doesn’t come easily to kids from single-parent, blue-collar families in Scotland. Beattie refused to let this notion stand in the way of the dreams he held for himself. “People say I just need a bit of luck, but I don’t believe that,” he remarked. “I believe you create your own luck.”

Some of this luck came to him from helping his 86-year-old “Granny” with her weekly grocery deliveries during this time of social distancing. “I drop her shopping off once a week and leave it in the garden for her. One day I decided to bring my guitar and surprise her with her favorite song, “Hound Dog,” by Elvis. And that was it. The gloves were off” Beattie laughed about his grandmother’s dance moves he caught on video.

The video went viral, racking up six million views to-date. “It was just a blessing. I think it is what people needed at this time. It’s uplifting and something to laugh at.”

His father, who raised Beattie on his own, was the first to introduce him to songwriting. “After school, he would play me these amazing records he kept in the cupboard. I became obsessed with the songwriter credits, and slowly began to write my own music.”

He jotted down his first songs on the back of grocery receipts at the market where he worked as a teenager. Beattie made a habit of sneaking into rock shows disguised as a staff worker to get his music out. He remembers sneaking into Kings of Leon’s dressing room to hand out demos and his experience jumping on stage with R.E.M after sharing his music with them backstage.

Finally, Beattie decided to move to London to give his music a fair chance. “I walked past Universal Records most day on my way to work,” Beattie recalls of his commute to various restaurants and kitchens. “I would picture myself going inside to sign a record deal.”

About ten months later, this vision played out inside an independent record label. From there, he took off. The first single, “We Are Stars,” caught fire almost immediately. It was picked up by one of the top stations in the UK, BBC Radio 2. Soon he began getting support slots with the Killers, starting in Hyde Park, then hopped on tour with The Kooks in Munich.

The song, one of his most popular songs to-date is about parting on good terms. “It describes how you can continue to love each other without being in love with each other if that makes sense,” Beattie explained of his 2017 single.

When he released his second single, “Man Behind the Sun,” it got A-listed on BBC Radio 2. Since then, he released the timely, “Some Heroes Don’t Wear Capes.” The heartfelt track explores his upbringing, an ode to his father, who carried a heavy burden through difficult days.

“Instead of doing a traditional music video, I wanted to do more of an experiment. So we sat in a room, looking at each other, my dad and me. I played him the song I wrote for him, and burst into tears,” he shared about the video.

The song holds new meaning in the context of the current pandemic facing our world. “Some Heroes Don’t Wear Capes” is featured in the NHS Professionals’ video for International Nurses Day. He re-wrote some of the words on the track for an NHS television campaign airing in the coming weeks in the UK.

The rest of the fifteen-track album follows suit from these singles. The artist feels his debut album will allow him to connect with an authentic, appreciative audience due to the intimacy of his songwriting.

“It’s not just about shaking your ass on a Saturday night, the songs are real stories about my life. As much as I love to shake my ass on Saturday night, that’s not what it’s about. And if that’s all you’re into, then maybe this album is not for you.”

Listen to People Like Us from Callum Beattie below. Beattie hopes to bring his new music stateside as soon as he is able. Keep up with his latest announcements here. 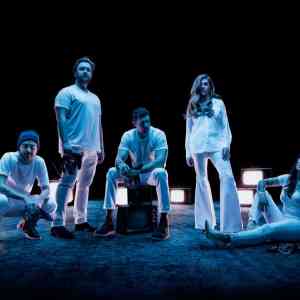 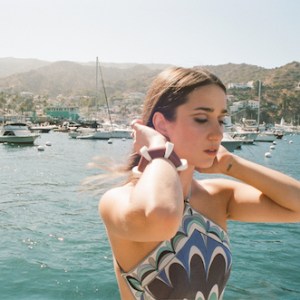