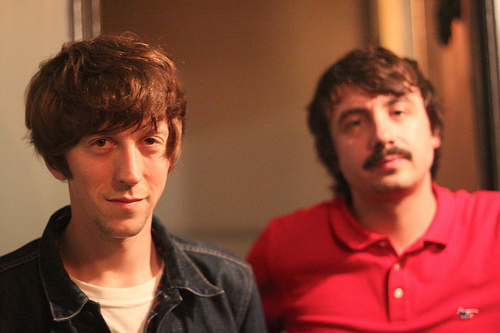 International bands hustle to make it to the States’ biggest music showcase.

So, you’re a musician. You’ve been working hard on songs that you’re proud of, and you’re getting attention from blogs and building your fan base. If you want to make it in the music industry, the next logical step is to make the trip to Austin, Texas for the SXSW conference, where the next big things are made. But can you afford to go?

For up-and-coming musicians, playing at SXSW is the best opportunity to showcase their talents and impress the right people in the industry. However, since performances are typically unpaid, it takes a toll on the finances of artists whose careers have yet to fully launch. For those from other countries, the additional costs of traveling and acquiring American work visas are an extra burden. In these cases, government agencies can help musicians realize their dreams.

“We’ve tried to book it, but every time we realized that it would be very, very expensive to go there just to play SXSW,” said Pierre Leroux, 32, frontman for French synth-rock duo Housse de Racket. “So this time, for the very first time, we have a whole tour over there, so it totally makes sense. It’s definitely one of the festivals you want to go and do, you hear of it for a long time, so we’re very happy.”

Housse de Racket was able to plan its North American tour, which started at SXSW and will end at Coachella, with the aid of Bureau Export. The national agency, which has the French Ministry of Culture as a primary sponsor, helps musicians enter the international market through business development and financial support.

Housse de Racket received a subvention of €12,000 ($15,843.59) from Bureau Export for its tour. Band manager Yamani Dazi declined to say how much the band received from its record label Kitsuné, but indicated that it was less than the government subsidy. For the longer tour, visa fees added up to $12,000 for the two members of Housse de Racket.

Work visas are still expensive for artists who are only spending a week in America. In a SXSW budgeting guide issued by Creative Scotland, a similar organization to Bureau Export, a group of five people is recommended to allot £2,945.38 ($4,659) for the visa process from the U.K. to the U.S. This includes the cost of travel and accommodation in London, where the American embassy is located. The quote for the visa petitions alone is listed as $1,250.

Getting support from an organization such as Bureau Export, Creative Scotland or British Music Abroad, which serves non-Scottish British artists, helps defray the costs for the musicians and builds the cultural reputations of their home countries.

“Our primary focus here as a music foundation and arts council is that we really look at innovation in new music in the U.K.,” said Laura Whitticase, 26, grants coordinator for British Music Abroad. “If it’s an indie band, they have to be relatively cutting edge with their style of music and all have to be high quality, regardless of genre.”

Creative Scotland gives a flat rate of £800 ($1,268.96) per person, while France’s Bureau Export gives a maximum of €10,000 ($13,238), but expects artists to complete longer tours in addition to SXSW. Exceptions are made for cases like Housse de Racket, who plotted stops across the U.S. and Canada.

These national arts organizations select performers to support based on their reputations in their home countries and how motivated they are to develop international fan bases. The agencies also put on showcases featuring their supported artists, giving them a further opportunity to impress booking agents, record labels and other industry professionals present at the conference.

“This is more about the commercial impact of having an artist who, with something like SXSW, makes a big statement, gets a big recording contract here,” said Whitticase, speaking from Austin. “It’s good for them, and it’s good for our economy.”

The Manchester, U.K.-based band Dutch Uncles made the decision to go to SXSW without help from its record label, Memphis Industries. Instead, the band relied on its savings, publishing deal and a government grant to pay for their trip.

“We got British Music Abroad funding, which was really a big help,” said the band’s manager Dan Parrott, 36, noting that Dutch Uncles received an average amount of support. “But it doesn’t cover it.”

The artists that get selected for sponsorship are then judged on their overall performance at SXSW by their advances in the industry, such as getting deals for international labels and publishers or being able to book an American tour.

Though Dutch Uncles and Housse de Racket had already secured American publishing deals before going to Austin, making the personal connection at the festival helped reinforce their potential for stateside success.

Dazi hopes that Housse de Racket will break into the American market over the next two years, citing Grammy-winning band Phoenix as an example of French success in the U.S. If the band makes it, it will be thanks to the faith and efforts of its countrymen.

“Bureau Export is a bit magical for a young band,” Leroux said. “When you’re playing in your own country, in France, and you see all of these bigger bands go everywhere in the world, you just try to catch up with the Bureau Export.” 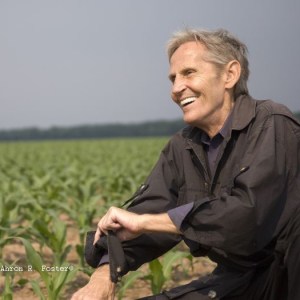