This is the third installment of the Martin Guitar Video Series for American Songwriter that pairs our favorite musicians with up-and-coming video directors (watch the Jasmin Kaset episode here.)

Jasmin Kaset’s vintage Martin guitar – a 1942 00-17 – technically belongs to her cellist, but the singer’s been stealing it from her clutches since the day they started jamming together.

“I play the guitar at shows every chance I get,” said the Nashville-based artist, who released her debut album, Hell And Half Of Jordan, last year. “It’s kind of like that dream guitar in Wayne’s World. One of these days, I’ll get that trillion dollars it would cost to get it off of her legit. Until then, it’s on extended loan.”

No longer in production, the Martin 00-17 model is composed of solid mahogany, giving off a full, vibrant sound (I love the way it emotes,” Kaset said). The guitar was refinished in the ‘60s, according to the singer, before it became truly “vintage.” Kaset digs the fact that she’s now part of the instrument’s bio. “I’m definitely not the most skilled player that’s ever touched that guitar, but some of those little scratches I make from playing with a pick … I like being a part of that guitar’s history.”

Growing up with the “po folks” in Cottonwood, Tennessee, a small rural community near the Kentucky border, Kaset cut her teeth playing guitars of the “clunky” sort. So the Martin is something of an upgrade, and marks her first experience with the Nazareth, Pennsylvania-based brand. “Now, I see how one could get spoiled,” she said.

In the video, Kaset plays the song “Oh What A Day,” which you can download on Bandcamp, along with the rest of Hell And Half Of Jordan. Josh Harnell, a documentary filmmaker with  Nashville Nonfiction, shot the video at The Phantom Farmercy, a studio in the Inglewood neighborhood of East Nashville. Kaset is currently at work on the follow-up to her debut album. –CAINE O’REAR

About the filmmaker: After grinding it out as a print journalist after college, Josh Harrell came to Nashville for graduate school in film. Since then, he has directed two theatrical documentaries and numerous music videos and commercials. 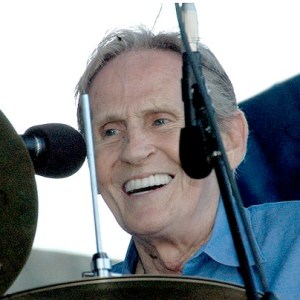