John Paul Pitts, front man for the West Palm Beach, Florida-based rock ‘n’ roll band, Surfer Blood, remembers boarding an important plane for London. That moment marked perhaps the first major step for the group, which began in 2009. As the band found their seats and put away their bags, Pitts couldn’t help but think about how far the group had come in a short time and how much further they still could go. Since then, the group has enjoyed and endured significant ups and downs, but, nevertheless, the group has subsisted, grown up and enjoyed its hard-earned successes. And today, Surfer Blood is poised to release its latest LP, Carefree Theatre, on September 25th.

“The first time we played in London was a marker of, you know, having actually made it,” Pitts says. “When our first record came out, we went to the U.K. for six-or-seven shows. But being at the airport and getting on that plane, that’s when I was the most excited.”

At the time, Surfer Blood was looking for someone to help put out that first record in Europe, so they met journalists, executives and the like. The world was taking Surfer Blood seriously. But all of that, Pitts says, may never have taken place hadn’t it been for the support, energy and verve of the group’s first guitarist, Thomas Fekete, who later passed away, tragically, from a rare form of cancer in 2016. But if it wasn’t for Fekete’s initial passion, energy and encouragement, Surfer Blood likely wouldn’t exist today – at least not beyond a few Pro Tools drafts.

“I was very much a guy who made bedroom demos,” Pitts says. “I think I would have gone on to some other job or profession, content to make music in my bedroom and put it on the internet quietly. But Thomas was the first person to say he believed in the music, he said he loved the songs and other people would too.”

For the newest album, Pitts looked to both an old hometown landmark and new songwriting techniques for inspiration. On the band’s 2017 record, Snowdonia, Pitts wrote a number of longer, multi-part songs, ranging from seven-to-eight minutes. But for Carefree Theatre, he went the other direction; writing a large amount of shorter, melodic, harmony-focused, two-to-three-minute songs that, when listened to as a collection, recall sock-hops and poodle skirts. In addition, the record, itself, is named after an important source of culture for Pitts: the Carefree Theatre.

“To me what it always symbolized was my pipeline to a bigger and broader world with unlimited possibilities,” says Pitts of the now demolished showroom. “Me and a lot of my creatively-inclined friends felt very stuck and trapped in Florida growing up – it can feel like a vacuum of mainstream culture.”

But bands would sometimes come to the modest theatre, Pitts says. It was the one spot he and his friends could catch a great show from groups like Wilco, which the songwriter remembers seeing. To pay homage to the formative venue, Pitts decided to name the band’s new record after it. The title is also indicative of a larger theme for Pitts, who is now 10-plus-years into his career in music. He’s letting himself look backwards, realizing that some aspects of his life have come full-circle. Surfer Blood’s new LP, for example, is set for release on Kanine Records, the band’s original label, after it’s last three albums came out on Joyful Noise.

The recording process for Carefree Theatre, however, was markedly different from the process making Surfer Blood’s debut LP. This time, Pitts and the group recorded outside of his apartment in a “really nice” studio. And Pitts knows a great deal more about mixing and tracking now than he did when he was first starting off getting sounds as a novice.

“Living in Florida forces you to be innovative,” Pitts says. “We played shows at bowling alleys and all kinds of weird stuff early on. I feel like we played to a lot of crowds not expecting to see loud noises or this indie band. But that was really good for us. We saw a bunch of different audiences before we went up to New York to play in front of music journalists.”

Pitts’ path to music began, in a way, when he was very young when music was always on the radio at home. But, in another way, his quest began in earnest in middle school when one of his friends got a guitar for Christmas. Pitts would come over after school and play it endlessly. He was hooked. Today, however, Pitts misses playing shows, seeing them, too. But he continues to adore making music and having something tangible to show for the work. A new record is something you can share with another person and that exchange is what drives him today.

“All you can really do is be honest and be yourself and that has to be good enough,” Pitts says. “You can’t fake it. Every time I play a new demo I wrote for the band, I’m terrified. My teeth are clacking and my knees are knocking. But when they say they’ve felt the same thing as I did, that’s really validating.”

Pre-order Carefree Theatre before it comes out, right here. 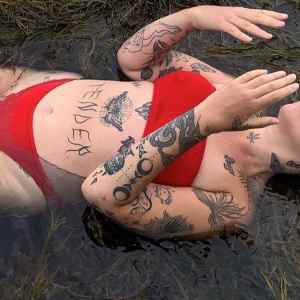 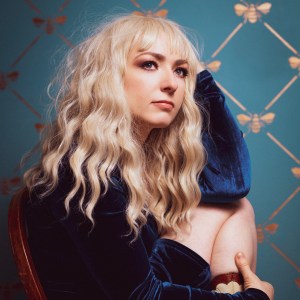