About a minute into Rachel Brooke’s video for “The Loneliness in Me”—the twangy, knowing title track off her forthcoming album—Brooke sees a news segment that tugs at her tomato-loving heartstrings: “TOMATO RECALL. 80% OF ALL SHIPMENTS CONTIMATED.”

Naturally, she’s munching on a fresh ‘mato as she stares at her TV screen in horror. Her mind jumps to the worst-case scenario as she sings about “dreaming of tragic potentialities.” And the next news segment doesn’t exactly lift her spirits: “REAL LIFE MURDERS: It’s Always The Husband…”

The video and the song both premiere below and show Brooke tackling her woes with wit, grit, and humor. “I sit up on my worry throne / in a queendom that I rule alone / now that’s the loneliness in me,” the Michigan country artist sings in the track, which features some hilarious one-liners: “If no one hears your record drop / does it make a sound?”

“It’s basically a true story, and maybe one of the most honest songs I’ve ever written,” Brooke tells American Songwriter. “It’s about where I’ve been and what I’ve been up to since my last release. I think this song offers a lot of insight into my personality and quirks, my struggle with anxiety and depression, being a working musician and mother, and learning how not to take yourself too seriously.”

“Being an independent musician is not easy at all,” Brooke continues. “Add being a working mother to that and you are humbled real fast. There was a lot of sacrifice during this time of my life, but somewhere in that lonely place I found a lot of inspiration, truth, and humor.”

Brooke says she was “inspired a lot by Johnny Cash and Roger Miller on this one.” “Country music doesn’t always have to be sad and lonely,” she explains. “I mean I love sad songs, but some of the best country songs are full of clever wit and levity. I’m just trying to be like Johnny Cash and Roger Miller, they weren’t afraid to show that side of themselves, and neither am I.”

The Loneliness in Me is Brooke’s first solo release since her 2012 album A Killer’s Dream. The title track and accompanying video come after the album’s lead single “Great Mistake.”

“I wanted the video to be as close to the truth as possible,” says Brooke of her new visual. “The places we filmed were real places that I’ve performed, and worked at. The story is real, and I feel like a lot of people and especially working musicians can relate to this, and I hope they do.”

“The Loneliness in Me” is out September 25. The album arrives October 23. 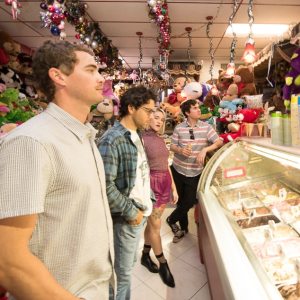 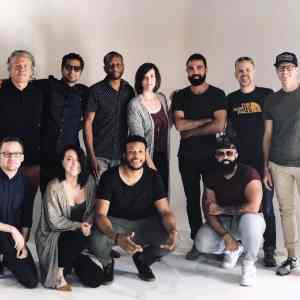