Zimbabwe-born, Australia-raised artist and musician, Tkay Maidza, grew up playing tennis. Her parents were metallurgists – academics who worked in the field of mining and chemistry – and, as a result, the family moved around Australia often, from Perth to Whyalla, in search of new and better opportunities. Maidza had to learn quickly to rely on herself. That’s exactly what she did – socially, academically and athletically. But, at some point, she outgrew the game. She needed a new focus. That’s when music entered the picture in earnest. For Maidza, music had always been around the family, now it was her turn to try her hand. By making the choice early on to dive into music headfirst, Maidza kick-started a career that will yield her fair share of precious things like gold, silver, platinum and diamonds.

“If you play tennis,” Maidza says, “you learn about yourself through failure. It’s a very individualistic sport. You have to figure it out for yourself and you have the whole match to play.”

Growing up with academic parents while also being very self-analytical can be a challenge. There can be a lot to think about or, even, to over-analyze. But it’s with that active mind that Maidza threw herself into song. Inspired by the instruments and music in and around her house as a kid, Maidza, who has family in Africa who tour and play reggae, absorbed musical her sensibilities almost by osmosis. On Saturday mornings, she watched MTV dutifully. But it wasn’t until she was about 15-years-old that music became a real focus, something she could throw he energies into and succeed at.

“That was the era when everyone on Facebook was posting covers and homemade DIY music videos,” Maidza says. “I was just getting over tennis, I didn’t enjoy it anymore, and my mom asked me what I was going to do next.”

At that time, Maidza says she began to play around with some simple recording equipment her father had and uploading little videos on YouTube. Her mother, though, suggested getting more serious and Maidza decided to go to a community recording studio to see what she might pick up. Every Monday, she took a two-hour train from her house to the studio. Other students would be there writing. Maidza just observed. Then, one day, at 17-years-old, she wrote her first song. The studio’s teacher put the vocals for the song in the hands of a local producer and, before Maidza knew it, the song was on the radio in a major way.

“I was rapping on a dance song,” Maidza says. “Even now that’s so unique and it happened, like, seven years ago. Soon, I had record labels messaging me and I was trying to figure out what the situation was. That’s how I first met my manager.”

The newfound success was a far cry, in many ways, from the more isolated, solely self-sufficient days of Maidza’s childhood. In Australia, she says, because she is African-born in place full of people who don’t look like her, she often felt like a “fish out of water.” But that dynamic has since propelled her. As she and her family moved from place to place, Maidza had an important epiphany.

“I was meant to realize that no place defines me,” she says. “I knew I had to figure out who I am and that that shouldn’t change no matter what the conditions are. It’s still something I learn over and over again today. You have to rely on yourself. My journey has taught me independence.”

Maidza aims to keep a free spirit. Simultaneously, she works to make sure her songs are emblematic of who she is deep down, which, at times, can also mean a cornucopia of colors, attitudes and wishes. In school, Maidza thought she might be an architect. The daughter of immigrants, she was charged with finding a respectable profession. The creativity in architecture was the happy medium. Little could she have known that she was, in fact, creating the infrastructure for her new creative life. And today, many of Maidza’s videos rack up hundreds of thousands of views and she’s even worked with famed emcee, Killer Mike, on “Carry On.”

“The process for ‘Carry On’ was super easy,” Maidza says. “I came up with the hook and a month alter wrote the verses. At the time, Killer Mike was speaking about me in a few lectures, telling people to pay more attention to me. So, I reached out and asked if he would be down to work on the song. He was super open to it. He sent two verses, which I’d never seen before, and told us to pick the one we liked.”

Maidza, the 23-year-old skilled singer and rapper, released her debut self-titled LP four years ago in 2016. She’s since followed that up with two EPs, 2018’s Last Year Was Weird Vol. 1 and 2020’s Last Year Was Weird Vol. 2. She says the third installment of the series will drop in early 2021. On the albums, Maidza is continuing to grow and find herself. At times, she expresses anger at feeling out of place. Other times she couches that sentiment in a youthful, playful energy. Other times, she’s as nasty as an eagle grabbing a catfish from the rippling tide. She’s a mixture of ideas, energetically eclectic.

To supplement that bouquet, Maidza has recently undertaken a cultural research study. She’s poured over the careers of people like Janet Jackson, SZA, Tyler, the Creator, A$AP Rocky and others, trying to find reasons for their meteoric rises and ways to sustain that success. All the while, Maidza is taking notes, singing bits of possible songs into cell phone voice memos and watching the numbers of her songs’ digital streams rise and rise. As she looks to the horizon, Maidza says she wants to continue to cement her identity and branch out. She is focused on both the root and the fruit. “I love that I can be my complete self in music,” Maidza says. “I feel like who I am supposed to be when I’m making it. Nothing else matters when I’m doing music. I feel like if I didn’t have music, I wouldn’t understand who I was.” 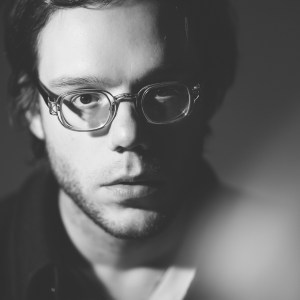 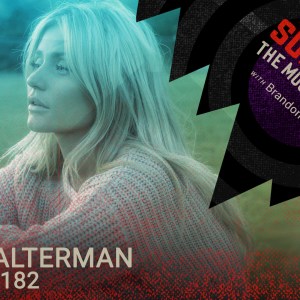