Just four weeks into lockdown in 2020, James Walbourne was itching to do something, so he texted his Pretenders bandmate Chrissie Hynde a file, an idea for a musical project he had recorded on his phone, and asked her to add her vocals to it. The file was a cover of Bob Dylan’s “Murder Most Foul,” and was the first of many shared between the two, leading to the release of Hynde’s Standing In The Doorway: Chrissie Hynde Sings Bob Dylan, out May 21.

“Listening to that song completely changed everything for me,” says Hynde of the track, a song addressing the assassination of President John F. Kennedy, which Dylan wrote for his 39th album Rough & Rowdy Ways in 2020. “I was lifted out of this morose mood that I’d been in. I remember where I was sitting the day that Kennedy was shot, every reference in the song… I called James and said, ‘Let’s do some Dylan covers,’ and that’s what started this whole thing.”

Standing in the Doorway, features nine captivating interpretations of Dylan songs, including “Every Grain of Sand,” “Sweetheart Like You,” “Love Minus Zero / No Limit,” and “Tomorrow is a Long Time.”

Recorded in 2020, with Walbourne texting addition demos of tracks to Hynde, who would then add her vocal, the album was then mixed by Grammy Award winning producer, engineer, and mixer Tchad Blake (Fiona Apple, The Black Keys) and started premiering, one song at a time, on YouTube as the “Dylan Lockdown Series.”

A more in-depth look into the making of Standing In The Doorway will be featured in Tomorrow Is A Long Time, a documentary by Michael Nunn and Billy Trevitt, which will premiere in celebration of Dylan’s 80th birthday on UK’s Sky Arts channel on May 24.

“Whatever Bob does, he still manages somewhere in there to make you laugh, because as much as anything, he’s a comedian,” says Hynde of the her adoration for Dylan. “He’s always funny and always has something to say.” 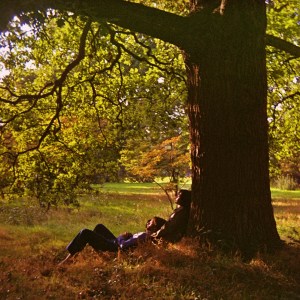 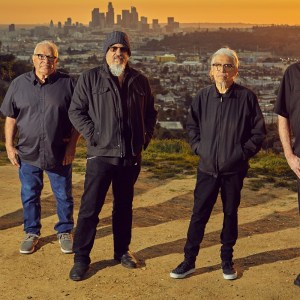