Charlie Daniels, who played on Bob Dylan’s Nashville Skyline album and turned his incendiary violin into a lead instrument for the Southern rock genre he helped create, has died at 83. The Country Music Hall of Fame and Grand Ole Opry member, who recorded with the Marshall Tucker Band before forming his own Charlie Daniels Band, had his biggest hit with “The Devil Went Down to Georgia,” now a classic-rock radio staple. He died Monday morning at Summit Medical Center in Hermitage, Tennessee, from a hemorrhagic stroke, according to his website. Daniels, who lived in Mount Juliet, Tennessee, outside of Nashville, leaves behind his wife, Hazel, and son, Charlie Daniels Jr.

Daniels’ Grammy-winning 1979 song topped Billboard’s Hot Country Songs chart, where it spent 21 weeks, and reached No. 3 on its Hot 100 chart. Through his association with Nashville Skyline producer Bob Johnston, with whom he’d written a song recorded by Elvis Presley (“It Hurts Me,” under Johnston’s wife’s name), he also played guitar and bass on Dylan’s New Morning and Self Portrait albums, and contributed to Ringo Starr’s Beaucoups of Blues and Leonard Cohen’s Songs From a Room and Songs of Love and Hate. Daniels also produced the Youngbloods’ 1969 album, Elephant Mountain.

Born in 1936 in Wilmington, North Carolina, he earned his first hit in the late ‘50s with the instrumental, “Jaguar,” written with Johnston. When Johnston went to Nashville, he invited Daniels to follow. Daniels recorded his self-titled solo debut in 1971, and had a hit in 1973 with “Uneasy Rider,” from his third album. His first album as the Charlie Daniels Band, Fire on the Mountain, was released on Kama Sutra Records in 1974 — the same year he started his annual Volunteer Jam concerts — then rereleased in 1976 on Epic. The single, “The South’s Gonna Do It,” on which he namechecked several fellow Southern rockers, reached No. 29.

“The Devil Went Down to Georgia” appeared on his 1979 album, Million Mile Reflections. In addition to earning him a Grammy for Best Country Vocal Performance by a Duo or Group, it was named the Country Music Association’s Single of the Year, and Daniel was awarded Instrumentalist of the Year; the band also was named Instrumental Group of the Year in 1979 and ’80. Their profile rose even higher after performing the song in the 1980 movie Urban Cowboy, the film often credited with turning country music mainstream.

Kyle Young, CEO of the Country Music Hall of Fame and Museum , said of Daniels, “He brought new audiences to country music, pointing people to the sources even as he explored the edges.”

An obituary released by the museum also stated, “Steeped in musical traditions ranging from folk and bluegrass to gospel, country and rock, Daniels was a pioneer in introducing Southern rock sounds to mainstream country music. In the process, he brought millions of young people to a greater appreciation of their country music heritage, established musical alliances with a wide variety of artists in country and other music fields and helped take country to deeper levels of American culture.”

By 1980, Daniels was segueing more toward country, and more toward conservative politics. That year, he released Full Moon, which contained the patriotic song, “In America.” He ended the ‘80s with the album, Simple Man; its controversial title tune endorsed vigilante justice and lynching drug dealers. In the ‘90s, he received Dove Awards for religious recordings, while becoming even more outspoken. His reaction to 9/11 was “This Ain’t No Rag, It’s a Flag,” with the opening lines, “This ain’t no rag, it’s a flag/And we don’t wear it on our heads.”

In 2006, the Americana Music Association and First Amendment Center presented him the Spirit of Americana Free Speech Award. He was a seemingly odd choice, but the organizations said at the time that the courage to speak out deserved recognition regardless of politics. By then, the Drive-By Truckers and other bands from the South had already begun challenging the sometimes racist attitudes espoused by artists such as Daniels. Still, his influence loomed large. Daniels was inducted into the CMHOF in 2016; by then, his accolades also included 2005 recognition from performing rights organization BMI, which named him a BMI icon. He was invited to join the Grand Ole Opry in 2008.

As word of his passing spread, both legacy and rising country stars paid tribute on Twitter, noting his philanthropic efforts and praising his talent. Brad Paisley posted a screenshot of his blurb for Daniels’ memoir, which read, “A tale of hard work, musical discovery and faith, Charlie Daniels’s journey has been one of a kind. Equal parts rebel rouser and apostle, it’s no small coincidence he launched his career by beating the Devil with a fiddle in hand. I love this man, the things he stands for, and his music. What a story.” Then he added, “I wrote these words for Charlie’s biography. They ring even more true now. I’m so sad he’s gone. We have so many memories together, and I am so blessed to have known him. Rest In Peace my friend. We love you.” 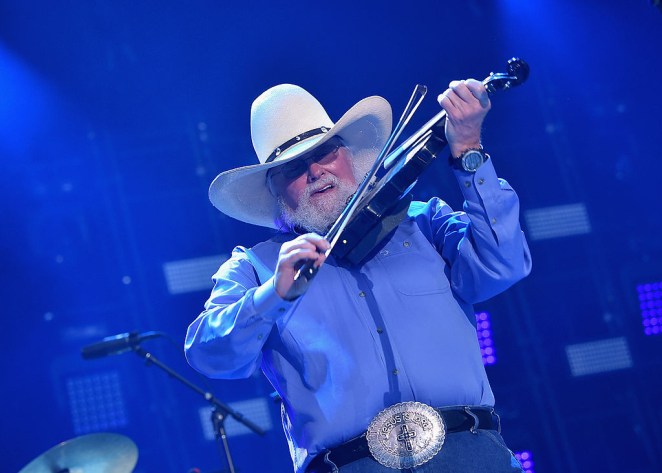 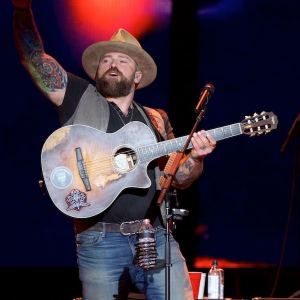