Looking at the news around the Billboard 200 chart dated for October 30, there are quite a few fun names popping up, including Young Thug, Mac Miller, The Beatles, Coldplay and more.

For starters, Young Thug came in at No. 1 with his second studio album, PUNK, dethroning Drake’s Certified Lover Boy, which had spent nearly five weeks in the top slot. With a more experimental and expansive sound and scope than his previous work, PUNK is quickly becoming a fan favorite and a lot of folks are pleased to see it rise to the top. Plus, in an awesome alignment of events, Young Thug is featured on Certified Lover Boy too, so there’s a lot of good Thugger work in the air at the moment.

Then, coming in at No. 3 is Faces, a posthumous release to DSPs from Mac Miller (who died in 2018 at 26 years old). Originally released on Mother’s Day 2014, the mixtape didn’t make it to streaming services due to its high profile and difficult-to-clear samples (including segments of spoken word from Charles Bukowski, Hunter S. Thompson, Bill Murray, and more). Nonetheless, the reputation of Faces and its movingly confessional style has grown to “legend” status… so, his team decided it was time to finally bring it to Spotify and other streaming platforms. Seeing the explosively positive response it’s gotten already, it’s clear that they made the right decision.

Then, another cool thrill for music fans: The Beatles have once again found their way into the top 5. On October 15, they unveiled the reissue of their 1970 classic, Let It Be—now, it’s at No. 5, marking the first time it’s been on the charts since 2010.

When Let It Be initially dropped in the summer of 1970, it spent four weeks at No. 1, which makes sense thinking about the cultural significance of some of its tracks (like “Let It Be,” “Get Back,” “The Long And Winding Road,” “Across The Universe” and more). Today, it’s one of 19 albums The Beatles have released that have reached No. 1.

Another iconic British band, Coldplay, also landed a spot in the top 5, reaching No. 4 with their new record, Music of the Spheres.

This marks the seventh time that Coldplay has had a top 5 album, with four of their previous albums (including Viva la Vida in 2008) coming in at No. 1. The lead single from the record, “My Universe,” is currently dominating the international scene (in part thanks to the contributions from Korean megastars, BTS). 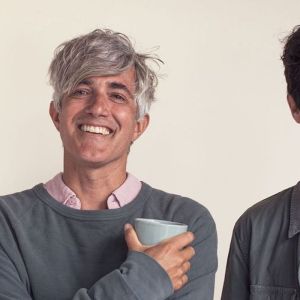