It took Chase Bryant nearly three years to figure out what he wanted to say. After earning two Top 10 hits at country radio in 2014 and 2015, “Take It on Back” and “Little Bit of You,” he was escalating to success by all accounts, except his. When the artist—who admittedly struggles with anxiety and depression—no longer recognized the man staring back in the mirror, he bottomed out. In 2018, Bryant loaded his .357 revolver, jotted down a note, and drove to a Nashville gas station. There in his truck, he pleaded with God for a sign.

As he pulled the trigger, 25 years flashed before him. In a video perspective, he recalls, “I traveled. I heard things in a way I never heard before; I saw things in a way I’d never seen them. I saw how poorly I treated everyone around me and realized how much better of a person I could be if I really tried to.”

Watching this reel transcend his short-lived story, the artist believed it was “all over.” Much to his dismay, when pulled back into reality, Bryant found himself still sitting in the front seat. When he opened up his gun, there were only five bullets in the chamber where he swore he loaded six.

This is where Chase Bryant’s story truly begins.

Emerging on the other side of his brush with death, the artist headed to the quietest place he knows, home to Texas, to retrace his steps to find his true self. “Back in my hometown, I was living vicariously through my upbringing,” he tells American Songwriter over the phone one March morning. “I started writing down all of those feelings, which created real, honest stories.”

One of these is his waltzing new single, “High Drunk And Heartbroke.” Following the title-track debut for his upcoming album Upbringing, this song nods to Willie Nelson and Kris Kristofferson’s cowboy revelry as it grapples with loneliness and self-medication.

The song took shape on a solo excursion he took to Los Angeles on a whim. He was driving around listening to a lot of Kristofferson in his rental jeep and wound up back at the Sportsmens’ Lodge where posted up at the bar drinking Jack & Cokes—an unusual order for the artist. Bryant recalls, “Sitting there; I came up with the title ‘High Drunk and Heartbroke’ for obvious reasons. I held onto that sentiment, and that night on the foot of my bed, I started playing that 6-8-3-4 figure on guitar, just a simple three-chord progression.”

He brought the tune back to Nashville, where he introduced it to Stephen Wilson and Dave Pittenger during the tail end of a co-writing session. He says, “I told them I had this idea in a Waylon-Willie vein. I was ready to put my boots back on and get back to my roots, my early influences.”

The three men wrote the first verse standing out by their trucks before heading back inside to complete the track. On the record, “High Drunk and Heartbroke” has no overdubs except for Charlie Sexton’s bass and Bryant’s B3 addition. His acoustic rendition—premiering today—captures the spirit of that work tape from that first day.

Bryant credits God for a second chance and Jon Randall for opening the next chapter in his music career.

After an extended season of soul searching, the artist could finally capture the voice of a resilient songwriter with a better grip on who he is and what he was put on this earth to do and say. Returning to his roots proved fruitful to learning to love himself, forgiving his past self, and trusting the new Bryant. Upbringing is one of those first draft flukes that “just worked.” Captured mostly live with an all-star band under Randall’s guidance as a producer, the performances evoke a newfound awareness in both sonic delivery and lyrical content.

Going in, Bryant stopped counting when he reached 72 songs for consideration. Randall’s veteran ear assisted in the try-out process for only 12 varsity spots.

“Each song had to answer this question: What is it that you want to talk about?” he says. “I’ve done hometown, small town, Friday night. How many times can you talk about the same damn town with the same damn hook? And how much could happen on just Friday and Saturday night? There are five more days.”

So they went back to the very beginning. Time-traveling to Bryant’s childhood in Orange Grove, Texas, he remembered his earliest influences—inspired in part by his grandfather, who performed with Roy Orbison and Waylon Jennings, and his uncles, who co-founded the chart-topping band Ricochet. From there, he could revisit past heartbreak, low points and eventually re-paved on the road to feeling alright again.

Randall’s guidance as a producer sonically aligned him with his Texas roots. Backed by drummer J.J. Johnson (Gary Clark, Jr., Tedeschi Trucks Band) and guitarist Charlie Sexton (Bob Dylan, Lucinda Williams), Bryant performed much of the material live on the floor of Austin’s revered Arlyn Studios. With each soulful set, the artist rid himself of the previous weight he carried of career expectation.

“I don’t know if there is a radio song on this record,” says the artist who doesn’t seem to care. “Back in the day, my writing was more methodical. I knew how to get in that headspace to write for radio. It’s not that I didn’t want to, but I wasn’t listening to the radio. I was trying to rediscover myself, so I was listening to the music that got us to the music now on the radio—the last 40 years of music that shaped the current country sound.”

“Think About That” retraces steps with reminiscent production that meditates on memory and regret. Bryant wept the first time his song plugger played Stephen Wilson and Ryan Beaver’s “In the First Place,” one of only two songs he didn’t co-write. Randall’s “Drinking in My Car” poignantly details the low points, while Jessi Alexander’s background vocals on “Even Now” aim to cut its losses from a toxic relationship. Everyone deserves a second chance, and Upbringing is Bryant’s authentic re-introduction to country music.

“I wanted to be that empty chamber for somebody else,” Bryant explains. “I wanted to help people realize that they’re not alone in this fight, that somebody’s out there listening and has their back.”

Listen exclusively to Chase Bryant’s acoustic rendition of “High Drunk and Heartbroke” below. Pre-save his second “debut” album, Upbringing, ahead of its July 16 release via Green Iris Records. 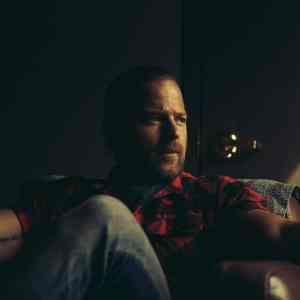 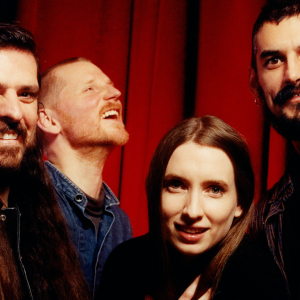