Chris Janson recently shared a sprawling 16-track album, All In,  taking his trademark swagger to the next level. Covering some ground from the nostalgic “Bye Mom” to the high-wired “Keys To The Country,” the album offers a little bit of everything while keeping true to Janson’s name-making sound.

Written at the height of the pandemic—and on the heels of his number one song “Done”—the process of creating All In was one that came together pretty naturally. Janson says that a lack of touring allowed him to fully exert his efforts into songwriting.

“It was a perfect time to start writing a new album—getting my head focused in that zone,” tells American Songwriter.”I wasn’t touring, so I had to put those creative efforts into something. The album is primarily written by me except for one song, which my buddy Eric Church gave to me.”

That one song is the somber duet “You, Me & The River,” which features Janson and Church trading verses about keeping secrets and a relationship that had gone awry. Pray my soul and my secret to keep / Between you, me and the river they sing in the song’s haunting chorus.

The collaboration was sparked after the pair became “pseudo fishing buddies.” A text sent from Church, asking Janson what he thought of the “dark” song led to the two hopping on the track together for the album.

“I hit him back and said, ‘Hey, I love this, would you consider doing a duet with me?’” Janson says.  “It was as simple as that. God’s timing, I guess.”

Throughout the album, there is sort of a ‘90s country tinge. Though not a descriptor Janson started himself, he will “roll with it.”

“It’s interesting, people just naturally have started saying that though I never really prefaced it that way,” he says. “Other than that, that’s just what I’m naturally kind of listening to. I have an eclectic mixture in my truck of Hank Jr. to Charlie Daniels.

“I didn’t point my finger and go, ‘Hey, I need some stuff that’s kind of more ventured into the ’70s ’80s, and ’90s kind of throwback feel.’ But naturally, I just write that way, I guess,” he adds. “People have been saying that it reminds them of awesome, rowdy, ‘90s country. Well, who doesn’t love that? I’ll take that as a compliment.”

Another notable taster on the record is “Cold Beer Truth” —a song full of discernable truths from Janson including Girls look better in a Bass Pro cap and Everything’s better down an old dirt road.

“Kid Rock showed up,” he says of the video. “He’s just a great friend of mine and I said, ‘Hey, you want to come hang out. I’m shooting a video, we can just chill for a little while, smoke some cigars.’”

And that’s exactly what they did. The uber-casual video sees Janson playing the song intercut between scenes of him and his friends just hanging out. A perfect visual for such a laid-back song.

“Just good friends of mine that are fun to hang out with, that’s what the song is all about,” he adds.

In addition to the album, Janson recently gave his career the documentary treatment with a new series titled My Journey. The doc follows Janson from his hometown in Missouri all the way to a sold-out show at the historic Ryman Auditorium.

“It’s just a story of where I started out, humble beginnings in Southeast Missouri, to where I am now,” Janson says of the docu-series. “It sort of just chronologically gives a step-by-step of my life, music, and story up until this point.

“We capped it off with s big sold-out show at the Ryman in Nashville so it turned out really well,” he shares.

As the icing on the cake to an already superb year for Janson, the country singer headlined the Ascend Amphitheater at this year’s CMA Fest. Playing on Friday night of the fest, Janson gave a pulsing performance, living up to the highly-anticipated expectations.

Ahead of the festival, Janson said of CMA, “Above all, I’m proud to support an event that gives back to music education. Some of the greatest country music fans in the world come in for CMA Fest, and I’m always humbled to play for them. It’s going to be the summer’s biggest party! Get ready!”

And ready they were as they screamed the “Buy Me A Boat” singer’s lyrics back to him in what was an unforgettable set during the return of the CMA Fest. 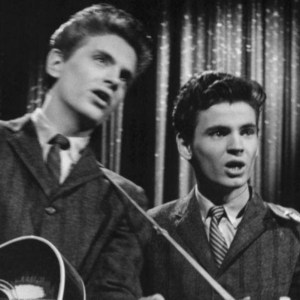 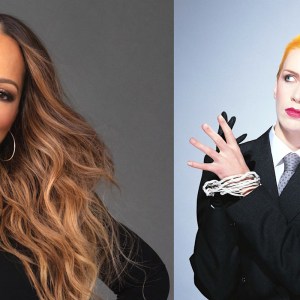