It’s a weeknight in January 2015 and Chris Stapleton is making his way across the crowded floor at RCA Studio A. The place is absolutely packed, filled with journalists, songwriters, label execs and friends who’ve shown up for a sneak preview of Stapleton’s first solo album, Traveller. The record won’t be out for months, but for three hours tonight, attendees can skip the wait by heading over to one of several listening stations that line the perimeter of the 50-year-old recording studio. There, rows of headphones are blasting the album’s songs: country ballads about booze and breakups; roots-rockers about the grind of the road; folksy tributes to women, whiskey and all points in between.

There’s no mistaking Stapleton, even in a place this crowded. Standing in the middle of the room, he looks like Nashville’s own version of a Hell’s Angel: one of the longest-haired, most heavily-bearded men in a place full of long-haired, heavily-bearded men. He’s big — not nearly as big as he was during his half-decade run with The Steeldrivers, when he topped out at 300 pounds, but still tall and imposing — and although he’s a bit shy around strangers, people listen when he speaks. In another life, he might’ve been a construction foreman.

In this life, though, Stapleton is a country musician who, like Sturgill Simpson and Jason Isbell, has found a home in the genre while still setting himself apart from its current trends. He doesn’t sing about tailgates. He doesn’t AutoTune his vocals. He doesn’t rhyme “Bacardi” with “party.” Instead, Stapleton writes his own songs, plays his own guitar solos and chases his muse wherever it leads him. In a town that’s bound by tradition, he’s a rare rule-breaker.

Before the listening party winds to a close, he heads over to a corner of the studio, where a drum set, a vocal microphone and a pair of amplifiers are clustered together. Two of his bandmates join him, and producer Dave Cobb ducks into the control room to press “record” before the group starts playing. Then, while the entire crowd watches, Stapleton picks up his Jazzmaster guitar and joins his bandmates in knocking out the album’s final track — “Sometimes I Cry,” a slow-burning soul tune that shows off the plea, peal and punch of his voice — in a single take. “Thanks for coming,” he says quietly, once the song is done. With that, Traveller’s tracklist is officially complete, and everyone heads home.

“That’s actually how we recorded most of the songs,” Dave Cobb says several months later, thinking back to the night Traveller came to a close with three hours of cocktail conversation and three minutes of inspired playing.

“The whole process was almost too easy,” he adds. “It felt like cheating. We’d show up at the studio around noon and mess around, listen to records, drink a bit and then start recording at 8 or 9 at night. We effectively wasted a lot of money goofing off, but we were still getting two or three master takes a day, so it worked. We recorded when everyone was completely comfortable and in the right headspace. It was all about setting the right environment — about getting together with your buddies and just playing music, the way you’d do it if you’re 14 years old in someone’s garage.”

14 years. That’s how long it took Stapleton, who moved to Nashville in 2001, to release his first album as a solo artist. Before relocating to Tennessee, he spent most of his time in eastern Kentucky, working odd jobs and trying to find an occupation that excited him as much as music. He’d been playing guitar for years, ever since he stumbled across the Gibson acoustic guitar that his father — a coal miner who purchased the instrument in the hopes of someday learning to play it — stashed in the family home. His father never found enough time to become an actual picker, but Stapleton did, taking a few guitar lessons as a teenager before teaching himself the rest. By his early 20s, he was delivering Papa John’s pizza by day and playing bar gigs at night.

“I didn’t know that songwriting could be an actual job,” Stapleton admits. “I didn’t realize people did that for a living. Then I met a songwriter named Steve Leslie, who heard some of my songs and thought they were pretty good, and invited me down to Nashville to try writing with him.” 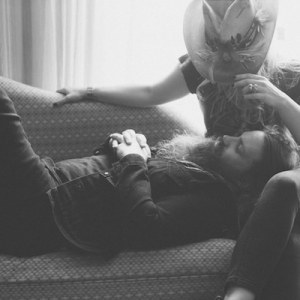 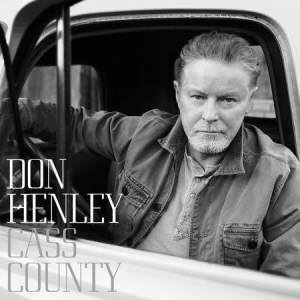