After promising contestant, Caleb Kennedy was disqualified after a racially insensitive video surfaced on social media, Chayce Beckham, Casey Bishop, Grace Kinstler, and Willie Spence fought for the Top 3 spots ahead of the American Idol finale. Each of these rising stars hosted three separate performances, beginning with a personal idol tribute.

Beckham kicked off the two-hour event, paying homage to the enduring country outfit Zac Brown Band with a soulful rendition of “Colder Weather.” Under Finneas’ mentorship leading up to the episode, the contestant takes the advice to keep his artistry “voice forward.” Part of this transition was to leave his guitar backstage, but last minute he strapped it on, and Judge Katy Perry is glad he did.

“What you need to realize is you’re here because you’re real,” judge Luke Bryan commented on his cover. “Everything that you give us feels real. And that can take you so far. Being genuine and authentic, people love that. And that’s why you’ve made it to this point.”

The contestant stepped into the spotlight again for the next round of original performances with his recently released debut single, “23” that by Sunday, May 17 had topped iTunes country charts.

The Ross Copperman-produced track boasts raw lyricism. The self-penned single, produced at SoundFactory Recording Studio in Hollywood, California details a decision point in the 24-year-old’s life—to tackle his vices and understand his past to make his dreams a reality.

Next, he moved into yet another take on “You Should Probably Leave,” from Chris Stapleton’s 2020 album. Revisiting the track he first performed during Hollywood week on Idol, Beckham exhibited growth as he more confidently conveyed his artistry with his stage presence.

Lionel Richie lauded, “Who have you turned into, I am telling you something from beginning to now, it’s a complete transformation.” He added, “you have stepped into your light to the point where I know exactly who you are.”

“After an impressive run, 16-year-old rocker Casey Bishop was voted off at the end of the evening. This surprising turn-of-events placed Beckham alongside Spence—who stunned with a performance of “Glory”—and Kinstler in the Top 3. The three performers will vie for the title of American Idol Season 19 champ on Sunday, May 23 when the season concludes with a three-hour finale. American Idol airs on Sunday nights on ABC. 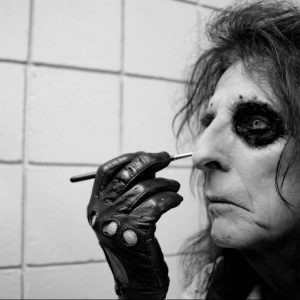