The Baton Rouge-hailing artist isn’t afraid to say what’s on his mind, but at the same time, he isn’t afraid to wait for the right time to say it either. Following his intuition led him to pen tracks for Jason Aldean, Jerrod Niemann, and Justin Moore. He also co-wrote Morgan Wallen’s No. 1 hit “Up Down.” But that’s not all Solar has to say.

Solar released a handful of solo EPs and singles, and now, the singer/songwriter is gearing up to release his debut full-length album.

“Majorly stoked for that,” Solar tells American Songwriter about his upcoming album release titled The Future’s Neon. The record will include two handfuls of songs that Solar picked from his catalog of songs. This well of songs was built on tunes that either “hadn’t been cut by other people or that [he] wrote during 2020,” he explains. Getting to the details, Solar explains that the tracks on his debut album also pull from a myriad of his inspirations. Some songs are tinged with the influence of Lynyrd Skynyrd, The Eagles, or Brooks & Dunn. But the common thread throughout all of it is Solar’s vision.

“I normally don’t like writing things, or especially putting out music, that I wouldn’t feel like I would enjoy listening to myself,” he says. “That keeps me honest with who I want to be as an artist. Instead of potentially chasing trends or doing other things, I’m just like, ‘Would I like this?’ Would a younger version of me who’s not in the music business like this?’”

Satisfied with his choices, Solar released several singles ahead of the LP. The artist first dropped the title track for his upcoming record, followed by “All I Can Think About Lately,” and then “Hungover Enough.”

Most recently, though, Solar shared “Hungover Enough,” a stripped-back piano ballad that the singer wrote with fellow songwriter Lydia Vaughan, with country music fans. Solar distinctly remembers being inspired by The Eagles’ song “Desperado” for this track as he and Vaughan wrote about a romantic habit they can’t shake. It’s a clever account of a specific feeling we’ve all felt once or twice, and Solar’s assured vocals do the lyrics justice.

Overall, though, Solar knows that his music is “raw, honest, and diverse.”

“I just want to write songs that say something that really means something,” he explains in an earlier statement. “I want to ride around in a van, tour the country, and play songs with my buds. Everything I do in music, I want to do it for the love of the music and the sake of the song.” 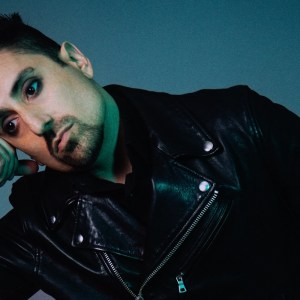