Written mostly in 2020, Are We Going Too Slow was a collective effort for indie-pop rockers Clubhouse. For the Ohio-bred band, made up of Max Reichert, guitarist Ari Blumer, bassist Michael Berthold, drummer Zak and keyboardist Forrest Taylor, holing themselves up in a mountain retreat in Highland Park was a welcome reprieve from the external noise, a pandemic, and the band’s own personal challenges over the past few years.

In 2018, Reichert was diagnosed with osteosarcoma, a rare type of bone cancer, and was cancer-free for nearly a year and a half, before it returned to his lungs. Throughout his treatments, including ongoing chemotherapy, which started in December of 2020, the singer continued working with the band on their EP Are We Going Too Slow?

“We technically wrote the whole EP while I was in chemotherapy, which also ties into the whole motif for the EP of just us going after what we want to go after,” shares Reichert. “Despite the roadblocks and whatever might be happening in your life, you can still roll with the punches and go after what you want. This hasn’t slowed us down yet.”

Making the EP also forced the band to take a step back and look at how they approached their music, from a writing standpoint. “We were at a little bit of a crossroads with our careers and our lives,” shares Reichert. “We’re all in our early 20s deciding what we wanted to do with their lives. Do we want to chase music, or do we want to get into full-time jobs? It was a tough time for us.”

Relocating, and retreating, as a unit was the perfect formula for fleshing out the inner workings of the EP. “It was our first time really setting aside a full month to just work on music every day, day in day out, and that was how a lot of the EP came together,” says Reichert. “It was also our first time ever putting together a project, so it was a learning experience for all of us.”

Throughout Are We Going Too Slow? Clubhouse produces several storylines, all rotating around their assessment of life, loss, and finding pushing past darker moments, from the dance-y pop of “Flipside” and “Home Videos” and the hip-hop trance of “Weekend.” Uplifting through the heavier pulses of “No Way!,” “Heartbroke” offers a more dreamy break. “You Were Never Mine” and the title track pack a slowed pace circling around the more introspective question, and the ultimate theme of the album that kept resurfacing for the band.

“That question, ‘Are we going too slow?’ is a question we find ourselves asking ourselves a lot,” says Blumer. “Are we releasing music quick enough? Are we as successful as we want to be at this stage in our lives? Are we wasting our time? We are we just found ourselves asking these questions all the time as we navigated our 20s.”

Blumer adds that the most common theme throughout the EP is the band’s answer to that burning question. “It’s our answer to the question in terms of us being able to take life a little lightly, not taking it too seriously, not being afraid to go after what we want to go after,” he says. “And that translates through all the songs, lyrically and sonically.”

After the first month of continuous late nights and early mornings, the band pulled together something cohesive, says Berthold, answering their own questions and working through whatever was ahead.

“It’s something that sort of felt close to home and what was going on, not only personally with us but in a broader sense with COVID,” says Berthold. “It just felt like things were coming together.”

In Clubhouse, most songs are written collaboratively, then pieced together musically—or vice versa. “We’re all multi-instrumentalists, so we don’t really like to give ourselves hard roles, but we ultimately all have hard roles,” says Reichert. “When we play live, I sing and play guitars and drums, but in terms of writing, it’s a very open democracy. If Zak wants to come up with a guitar riff, he could. It doesn’t matter. The roles switch and are very fluid once we’re in the studio together.”

Reichert adds, “It just allows us to kind of go with our gut, and it frees up our expression a bit where we can just follow the song rather than the other way around.”

Thinking about one moment on the title track, during the bridge where the song slows, and there’s a crescendo build is something the band is excited to perform live, with an upcoming North American tour supporting The Wombats.  “We’re going to transform that into something even bigger and crazier than it is on the recorded version,” says Reichert.  “

For now, Clubhouse wants to bask in the triumph of this musical effort together.

“We want people to leave after listening with the feeling that they can go after whatever it is they want to go after and that life is really short,” says Reichert. “Don’t doubt yourself, just focus on what’s important in life and roll with the punches.” 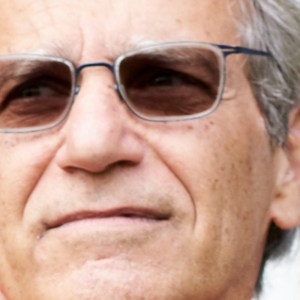 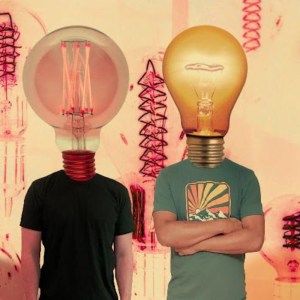