Stark, severe and unequivocally haunting, Detroit’s Ethan Daniel Davidson traverses the darker designs of America’s folk legacy with what may be his most revealing effort yet, the descriptively dubbed Come Down Lonesome. Combining his own like-minded original music with songs by Bob Dylan, Mississippi John Hurt, and Reverend Gary Davis, the album probes the underside of that singular song tradition, doing so with both appropriate music and mystique. The psychedelic haze of Hurt’s eerie and elusive “Louis Collins” contrasts with the tender sentiments of the cowboy classic “Leaving Cheyenne,” each a turgid reminder that yearning and desire have always been woven into any home-brewed tale of the times. So too, the plodding pace of another vintage standard, “Turkle Dove,” also offers an ominous example of forewarning when any outcome remains bleak and uncertain.

Despite its troubling tones, Davidson and company manage to give these songs an unexpected allure. “Someday I’ll Be Caught,” one of three Davidson originals, adheres to the somber sound that permeates the album overall, but it’s affecting nonetheless. The yearning and emotion that Davidson emotes while pining for true love imbues an honesty and humanity that brings the song closer to an actual experience of real life romance. On the other hand, Dylan’s “I Dreamed I Saw St. Augustine” is all but obscured by the noise and discordance that clutters the melody entirely. Another Davidson original, the mournful “The Longest Train,” sounds like a cross between a forgotten Hank Williams song and an old gospel hymn one would sing during a funeral for a friend. Likewise, the third of the three tracks penned by Davidson, “Come Down Lonesome One,” conveys a high lonesome wail that’s as sobering as it is sad.

It’s left to the final song of the set, “I Washed My Hands in Muddy Water,” an ageless ode to hardship and happenstance, to tie the loose threads together. Davidson plays it straight, decidedly low-key and with a plaintive melancholia befitting the song’s original intent. Taken in tandem with the tracks that preceded it, it echoes the remorse and reflection that’s at the core of each offering and the album in its entirety. Davidson has always managed to imbue a distinct sense of drama into his recordings — his last, Crows, provides another excellent example — this one is no different. Here again, his eloquence is effortlessly expressed. 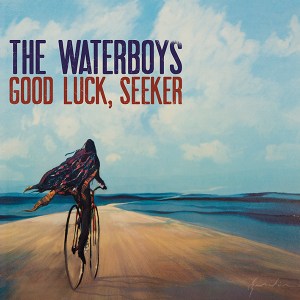 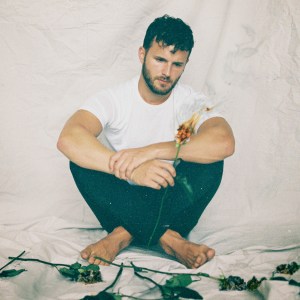