Raised by a family of commercial fisherman on the Oregon coast, Music City seemed like a far-flung destination for country artist Jessie G. Born into the fourth generation of their family business, having spent much of her childhood down on the docks, she was instilled with a deep work ethic from a very young age. But, music was her passion. She supported her dreams with the money she made as a baiter on their fishing boat by day, and circuited the local music scene throughout her teens and early 20s by night.

She heard that Gretchen Wilson—her childhood hero—was coming to play in Portland, and there would be a battle of the bands to select who would open for the country star.

“I put all my eggs in her basket,” Jessie G laughs, telling American Songwriter over the phone. “I just made sure there was no chance I didn’t win the competition because I wanted to meet her, she’s been an idol of mine, and knew this was my best shot.”

She and her band won and went on to open Wilson’s concert. After a few beers, Jessie G had the courage to walk up to her at the bar and ask if she could sit down. The two artists hit it off immediately, and by the time they finished off a shared bottle of Jack Daniels, it felt like they were already friends.

“It was like I had known Gretchen my whole life,” she says. “She reminded me of where I come from, and the women I grew up with and surround myself with.”

Before they left, Wilson imparted some wisdom to the aspiring country act. “She handed me her email address and said, ‘If you are serious about this, you need to get to Nashville,'” Jessie G recalls.

A few weeks later, Jessie G spent her last dollars on an “okay demo tape” to prove she was serious and booked flights to Music City. Wilson welcomed her into her home studio, and the two made a plan to get her to Tennessee full-time. Back home, she sold enough crab and Albacore tuna to get her funds together for the four-day trek.

Wilson tucked the newcomer under her wing, providing career advice and even talking her through her first tornado when she first got to town. But it wasn’t until Jessie G’s 2018 single, “Army Ranger,” that her role expanded further than just a friend. Wilson signed the artist to her Redneck Bayou Records, a division of her own Redneck Records, and brought her on tour for a few years.

On May 28, Jessie G will unveil her next chapter with the new single, “Timeless.” Though the production is more rock leaning, the intimate lyrics read like a letter to the “Army Ranger” who became her husband in March of 2021. At the wedding, Wilson stood by her side as her maid of honor.

“Timeless” follows “Whatever This Is” (2019), from her self-titled EP. Penned on a beautiful day on fellow country artist Bridgette Tatum’s front porch, the writers put their heads together to write a song about Jessie G’s now-husband as she envisioned the life they would have together.

“I knew at that point in our relationship that we would get married, so I wanted to write a song about a love that will last forever, and never end,” she shares. “It came together so quickly. Some people end up settling, so this is about love and a higher power bringing you to the person that God made for you.”

Writing with Tatum, who she describes as “a strong independent female that kicks butt” was an honor. The two have become close friends over the years, and working with her on this song helped her tell an authentic story.

“This song is a new chapter for me not only in life, as I am now married. But it’s more rockin’ than my fans are used to,” she explains. “The last EP was softer, and ‘Timeless’ sets the pace for more upbeat, in-your-face stuff.”

Beyond their edgier production, Jessie G shares that her upcoming songs are deeper and more personally impactful. By sharing the intimacies of her life and personal struggles, she hopes to share the “good, bad, and ugly” parts of herself that fans find relatable.

“It’s scary to be so vulnerable and comfortable being yourself, 100% authentic,” she admits. “That’s what I feel like music is missing nowadays. It’s not made from that place anymore, and I’m ready to give everyone the real thing.” 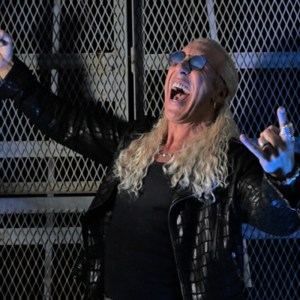 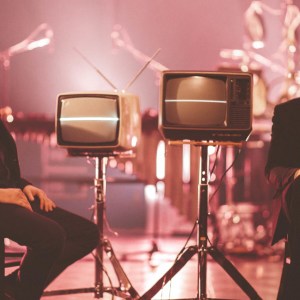