Cynthia Brando might already be familiar to American Songwriter readers, as she’s received honorable mentions in our 2017 Lyric Contest, and also in the 2019 Bob Dylan cover song contest. If you’re in Los Angeles, you might know her already as an acclaimed singer-songwriter here, and also the founder of Music Emerging, which is dedicated to the well-being of artists in this industry.

We asked her if she could list five songs that to her really matter, and why. She said yes, and sent this.

Before I moved to Los Angeles at the end of 2013, I had not been exposed to much live music in my 30-plus years living in small towns. I always gravitated towards folk music, and after a year in L.A. of psyching myself up to venture out alone, I started to frequent small folk clubs. The first one I remember going to was in a town right outside of Los Angeles called South Pasadena for an event called Wine and Song.  I didn’t know anyone and sat alone when a man named Chauncey Bowers got up and played one song. I had moved to Los Angeles to be absorbed in great songwriting, and to me, the song he sang in a unique raw voice was the perfect example of what I wanted to strive for as a musician, in clarity and musical language.

“Your long sleep has taken dreams from me
And dreams are so much what you mean to me.

Grace and rage dance clumsy
Side by side.

Can you even hear this lullaby?

When I heard the song, I remembered a sensation of dissolve and oneness with music and words; being alone didn’t matter. Years of social anxiety subsided as I sat and just listened to the beautiful music. I officially entered a new stage of life and soon after began to find solace in a diverse songwriting community that included this fantastic songwriter.

I had been practicing meditation for six years and trying my hardest to surrender to the Buddhist philosophy that “everything is constantly changing” before I heard the song, “No Crisis,” by Los Angeles singer songwriter/music producer Ed Tree.

The words touched me on that deeply spiritual level of connection I desired. The song conveyed in simple terms what acceptance really means, and how to obtain it apart from an intellectual understanding. It was the first time I experienced that message so accessible in musical form.

3. “The Way I Feel,” Gordon Lightfoot

I was a strange child. In high school in the early nineties, the rage was Nirvana, The Red Hot Chili Peppers and hip hop. I liked some of that music, but as I said before, I gravitated towards the folk music of the Sixties that my parents listened to. A songwriter I heard a lot growing up was Gordon Lightfoot, and when I had to choose a song to do a modern dance routine to in high school, I chose, “The Way I Feel,” much to the surprise and confusion of my classmates.

The song starts out with a beautiful lengthy guitar picking intro perfect for my interpretive dance routine, which I set to flowing hand movements and pirouettes. I was a new and precocious kid in school that year. Looking back, this song represents the fact that even though I longed to fit in and belong, I remained true to myself and deep down didn’t care – or didn’t want to care – about what anyone thought.

“The way I feel is like a robin
Whose babes have flown to come no more.
Like a tall oak tree, alone and crying.
When the birds have flown, and the nest is bare.”

In 1995, I was 18-years-old and I had my first car, a Ford LTD. It had 400,000 miles on it, and a faltering carburetor that forced me, at every stop, to put my foot on the gas and brake at the same time so it wouldn’t stall. It also required a quart of oil every 50 miles. Those were the days.

It had a tape deck, and that summer I bought the newly released Natalie Merchant album, Tigerlily. Filled with excitement, I inserted the tape into the deck, where it remained-stuck on permanent play. For that entire year, I don’t remember minding I had that car.

The first song on the album was “San Andreas Fault.” I had only been living in California for six  years, a transplant from the east coast, and was always fascinated with the west; the wide open spaces, Hollywood, glamour, “making it” and chasing a dream.

The summer of 1995 I had my first job in the theater in Central California, and this album and song became the soundtrack of that time of my first year of adulthood. Many critics panned this first solo album by Merchant as a hard fall from her 10,000 Maniacs glory, but three of the songs made it onto the Pop charts and were often heard on the radio. This album reminds me of the final days of songs by artists like her, who we’d label as folk music now, getting airplay on pop radio. Now there are some specialty stations that play songs like that, but long gone are those days when acoustic folk sounding tunes like Natalie’s were plentiful to the ears of the masses.

“Go west
Paradise is there.
You’ll have all that you can eat
Of milk and honey over there.
You’ll be the brightest star the world has ever seen
Sun-baked slender heroine
Of film and magazine.”

By high school, my only experience of folk music was whatever my parents were listening to. Growing up in the woods my whole life, with the internet not in wide use yet, I had not experienced much of a personal and independent quest for culture. It wasn’t until a friend’s dad let me borrow his record collection that I discovered folk music beyond my parents taste, and had my first exposure to blues.

I also had not been exposed to many female folk musicians, and then I discovered Joni Mitchell. The album was Blue; I listened to it over and over, fascinated. Joni Mitchell had invented her own style of songwriting, delivery and composition which opened up my musical world from the simpler folk music I had been listening to.

Critics called this album her simpler one, but to me, it was quite complex with alternate tunings and instruments I had not heard before, like the dulcimer.

“All I Want” was the first track on the album.

This album was the door to diving deep into poetry and musical soul searching. I soon owned every Joni Mitchell recording – on cassette.

Cynthia Brando is a Los Angeles singer-songwriter with a recognizably unique voice, which has been described as “equal parts silk and Stevie Nicks.” She’s developed a connection with fellow musicians and appreciators as a performer all across the Los Angeles region and beyond, sharing her unique “vintage vibe,” powerful vocals and steady acoustic folk-rock rhythms in clubs, homes and as a street performer. She has played at the House of Blues in Hollywood, music festivals and has completed her second tour across the country.

She is the founder of Music Emerging, a site dedicated to the emotional well-being of people in the music industry. Published as a guest writer on the music sites Music Clout and Music Industry How To, she has received honorable mentions for her music in the Songdoor International Songwriting Competition. In 2017, as well as from this magazine in the American Songwriter Lyric Contest and 2019 Bob Dylan cover song contest. She’s a 2017 recipient of a Hemera Foundation Fellowship Award for her music. Her new album, `The Treehouse Trio Sessions’ was released in June of 2018 , and has garnered great reviews here and abroad.

For more on Cynthia Brando: www.cynthiabrando.com 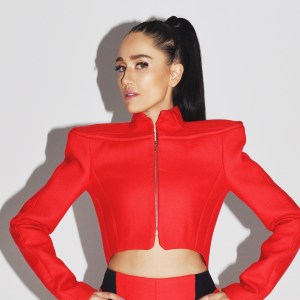 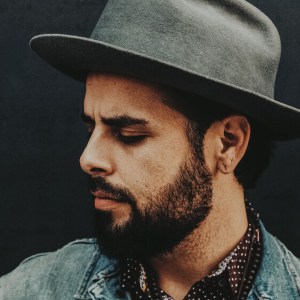