Oxytocin is a fascinating hormone. Colloquially referred to as the “love hormone,” it’s involved in a lot of our most important experiences—everything from childbirth to social bonding, sexual activity, responding to stress and more will result in your body releasing at least a bit of oxytocin, if not a whole heap of it. So, naturally, a lot of folks are quite interested in it—from scientists to poets, the hormone occupies a coveted and symbolic place for many, including Alex Levine.

Perhaps best known as the frontman for the Brooklyn punk outfit, The So So Glos, Levine is now embarking on a new solo project—on June 16, he released “Oxytocin (Luv Buzz),” his second single under the name Alex Orange Drink.

“‘Oxytocin (Luv Buzz)’ is an attempt to explain the unexplainable,” Levine said. “Using logic and science to try to understand and decode the mystical energy that is love. I’d been reading up about limerence and the chemical concoction that’s cooked up in your brain when you fall. This is a plea for that chemical reaction to last forever, to exist as something more than science, to a lover, to myself, to never stop believing in its magic.”

With verses that effortlessly flow like a stream and a chorus clad with a throwback, punk-rock-meets-pop hook, “Oxytocin (Luv Buzz)” does a tremendous job at musically conveying the lyrics’ message. All of the varied emotions of love make their way in there—from worry to euphoria to longing, they’re all accounted for, which is a feat unto itself.

For his part, Levine described the music he makes as: “The politics of a broken heart, the lyrical subtext that exists when you try to simplify the complex, some energy to move bodies and minds; something to push me forward that feels like laughing and crying at the same time.”

Even the name of his project reflects that spirit—the “orange drink” part is a reference to the medicine Levine uses to treat his homocystinuria, a rare metabolic disease. To that end, from his name to the music itself, Levine is an expert in reclaiming the unfortunate sides of life and turning them into something bold, brilliant and beautiful. He’s been doing it for as long as he can remember.

“I’ve been in a band with my brothers since we were kids, writing songs since before we knew how,” he said. “It’s always been a therapeutic way to deal with things, unconsciously, even.”

Alex Orange Drink is the new solo project of Alex Levine. His second single, “Oxytocin (Luv Buzz)” is out now—listen to it below: 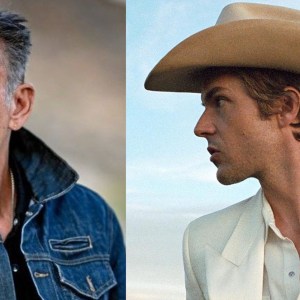 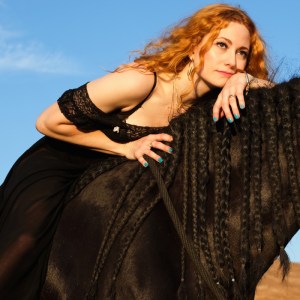