“My last couple trips to Los Angeles have made me recognize how intrigued I am by nightlife,” Zach Watkins told American Songwriter. “The people, the energy, the venues, the lights, the freeing minds and souls of inebriated humans… some of my most out-of-body experiences were created during a monumental night out. Over the years, I’ve learned to tap into those memorable moments and create relatable records from such affairs.”

And now, Watkins—who’s the lead singer, songwriter and producer for the Lincoln, Nebraska-based R&B-fusion band, The Fey—is getting to tap into those memories and turn them into song once more. On May 14, the band released “Blind To The Signs,” a swaggering, genre-blending single disclosing Watkins’ experiences and observations from the legendary Los Angeles club scene.

“‘Blind To The Signs’ loosely tells the story of a man chasing the highs of the big city nightlife, up to the edge of the cliff,” Watkins said. “Peers, friends and his own conscience throw out warnings and suggest cautiousness, but ‘regretlessly,’ he chooses to jump and allow the ‘spirits’ to be in control. It’s an excerpt from my autobiography, if you will.”

Layered with allusions to the pros and cons of nightlife—compounded with subtle moments of soul-baring confessions—“Blind To The Signs” is one of those songs that has a little bit of everything. The bombastically beefy guitar line at the opening of the track effortlessly exudes the raw power of rock’n’roll, while the intricate synth lines and funky melodies call to mind the best that R&B has to offer.

“I despise the ‘safe-zone’ boundaries people put around genres,” Watkins explained. “And because I’m an artist with a very eclectic taste in music, I unconsciously tend to stir-in multiple styles and sounds to this thing we call ‘Alternative R&B.’ I love the swaggering vibes of a dope hip-hop beat, get chills every time I hear a thick, bluesy guitar line and have a crazy weakness for vintage synthesizers. And vocally, I got to give credit to my gospel upbringing and its purpose of making listeners free themselves within a melody.”

See, as easy as it is to get lost in the musical grooves of “Blind To The Signs,” there are all of these influences and themes at play under the surface. Even the lyrics weave in and out of metaphors—for his part, Watkins cites “I’ve been known to hide in this palm tree shade” as his favorite line.

“I really dig that lyric,” he said. “Not only is it a clever metaphor for hiding one’s true feelings and emotions behind the beautiful chaos of nightlife and entertainment, but also because it’s a personal self-relief to be honest about my emotional and mental state.”

That one line proved to be potent enough that Watkins pulled a piece of it out to use as the name of The Fey’s forthcoming debut album. Entitled Palm Tree Shade, the record is set to drop sometime later in 2021 via the Kansas City-based label, The Record Machine. In the meantime, “Blind To The Signs” is hitting at the perfect moment—right as the country is cautiously-yet-hopefully gearing up to “open” again, the single can serve as a perfect pairing for a cathartic night on the town, ‘regretlessly.’

The Fey’s new single “Blind To The Signs” is out now and available everywhere—listen to it below: 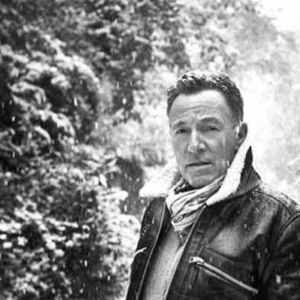 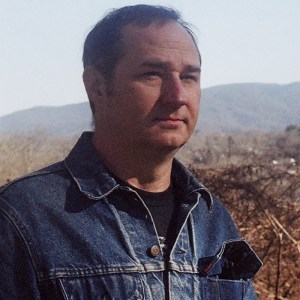