Bruce Springsteen was presented with the Woody Guthrie Prize on May 13, and performed a live four-song set, featuring two of the folk legend’s songs, during the live streamed Q & A and performance. In his acceptance speech, Springsteen also teased a new album in the works.

“We have a record coming out soon that’s set largely in the West,” shared Springsteen.

The award, which is given annually to an artist who “best exemplifies Woody Guthrie’s spirit and work by speaking for the less fortunate through music, film, literature, dance, or other art forms,” is presented by Guthrie’s daughter Nora, and Robert Santelli of the Grammy Museum. Joan Baez received the award in 2020, and previous recipients include Chuck D, Kris Kristofferson, Pete Seeger, Mavis Staples, Norman Lear, and John Mellencamp.

Accepting the award, Springsteen also shared Guthrie’s profound influence on his life and work during a specific time early on in his career.

“I was going through a period in my life when I felt strangely hopeless,” said Springsteen, about a more dissonant time following the release of his 1978 album Darkness on the Edge of Town. “It wasn’t until I came across [Guthrie’s] work that I found that hope… I believed that the veils had been pulled off and what I was seeing was the real country that I live in and what was at stake for the people and citizenry who are my neighbors and friends.”

Springsteen added, “It was the first music where I found a reflection of America that I believed to be true.

“That drove me deeply, deeply, into a direction that without his influence coming at that exact moment— I was 30 years old and we began to perform ‘This Land is Your Land’ in concert— I don’t know if I would ever have gotten there,” said Springsteen. “If I would have ever found that kind of hope, that kind of dedication to putting your work into some form of action. I got to thank your pops… I’ll be playing this little guitar and telling my stories for a little while longer.”

Performing at the Guthrie event, Springsteen opened with two of Guthrie’s 1940 tracks “Tom Joad,” and protest song for immigrants in 1948, “Deportee (Plane Wreck At Los Gatos),” before closing on his own “Across the Border,” from his 1995 folk album The Ghost of Tom Joad and “The Ghost of Tom Joad,” (a song also covered by Rage Against the Machine) from the same album.

Springsteen’s 21st album, and follow up to Letter to You in 2020, will be centered around the West and a fitting segue from his 2019 release Western Stars, an homage to the American West and an ode to some California artists from his formative years.

“California was an enormous influence on some of my most topical writing through my ‘90s, 2000s,” said Springsteen, “and even now.”

Sharing few details about the album other than its theme, Springsteen said it would be “coming out soon” and return back to the American West. 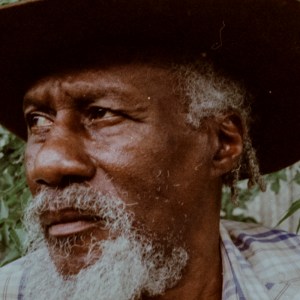 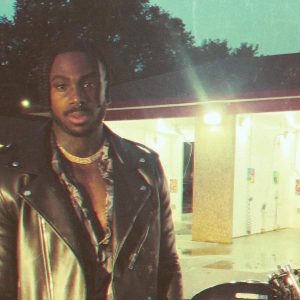