When acoustic guitar-clad troubadours like Townes Van Zandt, Guy Clark, John Prine and more forged a new, bravely candid form of songwriting back in the 1970s, they were changing the very fabric of American music. Demonstrating just how powerful an honest, soul-baring tune can be, generations of Americana songwriters have followed in these giants’ footsteps.

Among the ranks of that younger generation is Texas-born songwriter, Vincent Neil Emerson. Taking inspiration from the ups and downs of his life—lost loved ones, economic woes, building a family, understanding his Choctaw-Apache heritage and more—Emerson has become an expert at channeling his experiences into simple yet profound songs. Now, he’s recently released his second full-length, Vincent Neil Emerson, produced by one of the most-beloved members of his heroes’ generation: Rodney Crowell.

A highlight track on the moving new work is the tune “Ripplin’ and Wild” With the chorus lines Well I long for those things that my life will not bring/ I’m reelin’ straight out of my mind/ I’m the son of a child and I’m ripplin’ and wild/ And I hide in the pleasures I find it’s a perfect encapsulation of Emerson’s “straight to the bones” style.

“This song is about stage fright, mostly—dealing with the pressure of being on the road and falling into unhealthy coping mechanisms,” Emerson tells American Songwriter. “I sat down one night in my shed and wrote it while chain-smoking Camel cigarettes. I was just thinking about all the shows I played and all the places I’ve been. I never set out to relay any message to anyone with this song, but I guess that it’s alright to be lost, and it’s alright to be afraid sometimes.”

Speaking about the Vincent Neil Emerson record as a whole, Crowell made note of how exciting the arrival of Emerson is. “I can’t help thinking that if he grows on the public the way he’s grown on me, it’s possible young Vincent will plant the flag of his forebears firmly in the consciousness of a whole new generation,” Crowell says. “And yet, setting aside the Texas folk singer tradition for a moment, I must say that the artist Vincent Neil Emerson puts me in mind of most is the late, great common-sense poet, John Prine. If I perceive correctly, it’s in everybody’s best interest to nurture this up-and-coming artist to full fruition.”

Vincent Neil Emerson’s new self-titled record is out now—watch a new live performance of “Ripplin’ and Wild” below: 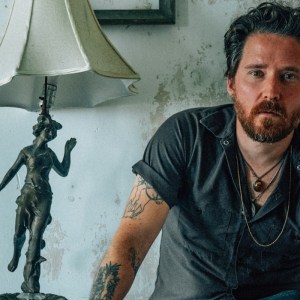 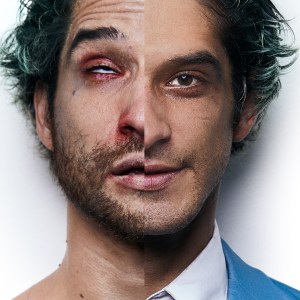