Daniel Lanois is a man of many talents, not the least of which is his ability to share the vision of others by sitting behind the boards and bringing their music to fruition. An eleven-time Grammy winner,  he’s worked with any number of remarkable artists— Bob Dylan, U2, Peter Gabriel, Brian Eno, Emmylou Harris, and Robbie Robertson, to name but a few—even as his own efforts find him carving out a specific niche of his own.

As a result, Lanois tends to emphasize the same sort of ambiance and atmospherics that he infuses into the efforts of others. The Toronto-based musician, producer and film score composer has an impressive track record when it comes to crafting albums of his own. Nevertheless, his new release Heavy Sun, named for the quartet that recorded it—Lanois (vocals, guitar, production), Rocco DeLuca (guitar, vocals), Johnny Shepherd (organ, vocals) and Jim Wilson (bass, vocals)—offers a striking change of pace from what he’s shared in the past. Songs such as “Power,” “Tumbling Stone,” “Dance On,” “Angels Watching” and “Every Nation” are instilled with a spiritual fervor, one tempered by reggae rhythms, hints of electronica, rich textures, and the deep commitment of all involved.

“I grew up with gospel music as a young recordist,” Lanois reflects, referring to the days when he was a budding studio tech in an Ontario recording facility mostly used by gospel groups. “I met a lot of gospel quartets, because a lot of them from all over the world would tour Canada, and one of the stops would be my studio. As a youngster, I got to hear that excellent intertwining of vocal parts, their movement and how the harmony served the melody.”

Not surprisingly, Lanois knew instinctively how to proceed when it came time for him to emulate that sound. He says that it was an idea that had long been simmering on his back burner. “Rocco Deluca, one of my best friends in L.A., and I always wanted to do something like this, where we would have chants and congregational feeling from the singers,” he recalls. “So we found an opportunity to gather some folks and do some harmony singing together. On ‘Way Down,’ Rocco and I take the lead out of the gate, and then we switch over to Johnny for the other verses. But Johnny’s such a powerful singer, so we gave him the lead on quite a few titles.”

The fact that the album eschews the use of a drummer makes the pacing all the more remarkable. “The rhythms come from the organ and the vocals,” Lanois explains. “There’s something to being rhythmic without a drum, and it just shows how much rhythm can come from the organ. Johnny is a great organist, so he’s playing pedals—chords as well as melody—so his gift of time shows up in his playing.”

In a certain sense, Heavy Sun seems predicated on both coincidence and confluence, each in equal measure. “Johnny is also a pastor, so any song we do has to have a good message in it,” Lanois explains.  “As they say in church circles, happiness is one thing, but joy is the best. If we can bring a little bit of joy into people’s lives during these times, then let it be.”

Given that Covid was still a few weeks away when it was recorded, Lanois suggests that some sort of premonition was stirred by those sentiments. “Everything was written before the pandemic and we had it all recorded by March,” he recounts. “Then the pandemic came. Luckily for us, everything was done before, but while I was fiddling around with the mixes, I was reminded one more time how long these things take. You think it’s ready to go and then the label says, ‘Well, in six month’s time, we’ll release that first single.’ What? It’s hard to swallow that in these technological times. You’d think it would be faster in the age of the internet. But I just had to stand in line.”

Yet at the same time, Lanois has come to appreciate the natural progression of things, in music and as well as in life in general. It impacts both his music and his mindset, especially with the new album. “There’s an always been a criteria, a quest that we have to take to take things into the future,” he muses. “We’re all traditionalists in the sense that we got into this because of what somebody else did. That’s fantastic. I love the Safaris . I love Hendrix. I love Sam Cooke. I love so much. But I’m not those people. Yet at the same time, if we are going to make records, we can thank those people. And we can brush up against what they were best at.  However we have a responsibility, and that’s to take it to an original place.”

Of course, being the one responsible for making the music as opposed to overseeing the efforts of others puts Lanois in a different situation, that of artist rather than producer. Given the fact that Lanois has always been able to veer from one to the other over the course of his multi-faceted career, it’s little surprise that he has a clear perspective as far as what those roles involve.

“The thing about when I’m working only own project is that I might not have someone egging me on as much as I egg other people on when I’m the one in charge,” he suggests somewhat ruefully. “I can make good decisions, because I’m surrounded by talented people. The thing I can do for other people usually happens when I catch a glimpse of something that’s hidden inside them and I bring that out. So there might be a little spark of magic in there that they themselves might not know about, but that I can pull it out of there. It’s hard to talk about this sort of thing because it gets into psychology and mysticism. It’s just not something that you can study or anything that’s mechanical. Maybe I have those burning embers inside of me.”

Lanois sees lessons in making music, and he carries them with him from project to project.

“That’s life,” he reflects. “It’s all different chapters, It’s just what happens as a sponge. That’s what we are as human beings. That’s why we go to school… so we can learn. So we move on to the school of life and for me, it was the school of the production. No amount of tuition money could have paid for that.” 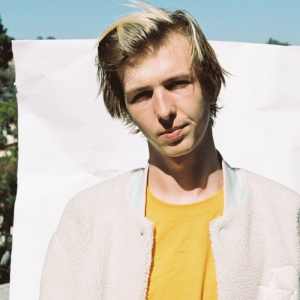 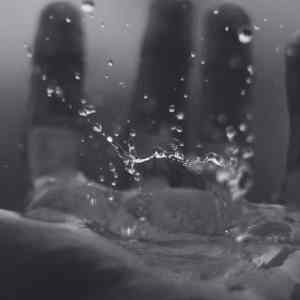