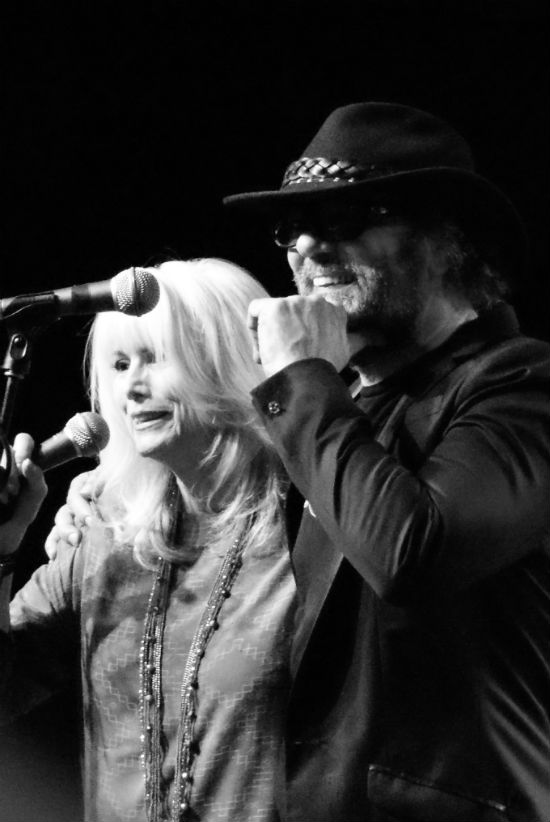 Released in 1995, Wrecking Ball knocked down the pillars of Emmylou Harris’ sound — the clean production; the mix of country ballads and rootsy rave-ups; the loose connection to mainstream country music — and rebuilt her career from the ground up. Daniel Lanois, a rock & roll producer with little connection to the Nashville scene, did much of the heavy lifting, filtering Harris’ folksy influences through a swirl of keyboards, drones and echoing guitars. Emmylou Harris was the undisputed star, though, holding her own on an album filled with heavyweights like Steve Earle and U2‘s Larry Mullen, Jr. Mighty and moody, Wrecking Ball sounded like the Americana equivalent of a watercolor painting, its shades and textures bleeding in and out of one another.

On an October evening seventeen years later, Harris played the entire album — along with eight other songs — to a packed house at Nashville’s Marathon Music Works, two miles from the studio where Wrecking Ball was partially recorded. Daniel Lanois was there, strutting around the stage with an electric guitar and low-slung cowboy hat, and Brian Blade — who recorded drums on the album’s first track, “Where Will I Be,” before handing off the drumsticks to Mullen — subbed in for the absent U2 bandmate. Malcolm Burn and Steve Earle (who walked onstage toward the end of the set, joining the group for three songs) completed the original lineup.

The vocals! Oh man, the vocals. Harris sounded like silk and steel, her airy voice alternating between ragged highs and refined lows, and the band backed her up with soft four-part harmonies, sounding like the world’s most sotto voce gospel choir. Between songs, Harris kept things loose, joking about her malfunctioning earpiece one minute (“This little piece of kung pao chicken is disconnected”) and telling stories about Wrecking Ball’s recording sessions the next. A roadie ran onstage several times to lay a new chord chart at Harris’ feet — a sign that some of these songs had rarely been played live — but the band still felt comfortable enough to stretch tunes like “Deep Blue Well” into long, extended pieces of Southern swamp-rock, with Lanois’ guitar riffs leading the charge. His guitar rig was simple — a Boss tuner, a Jack Deville “Dark Echo” pedal and a 1953 Fender Deluxe Tweed Amp — but his sound was huge, dominated by blasts of atmospheric blues and washes of sparse arpeggios. For someone who attracts more attention as a producer, the guy is a tremendous musician.

The set wound to a close with a revised version of “The Maker,” capped by a gorgeous, a cappella outro from the entire band. Topping off at twenty songs, the two-hour show didn’t leave much room for an encore, but no one seemed to know the difference. Besides, how do you top Wrecking Ball? You don’t. 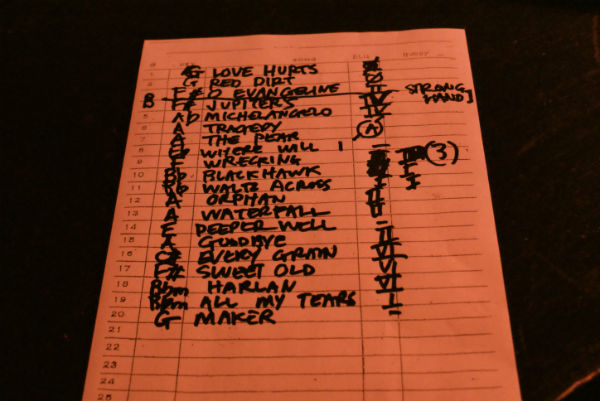 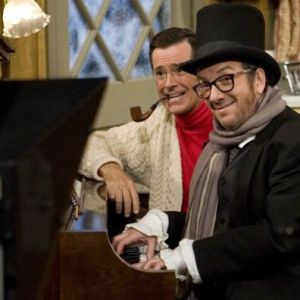 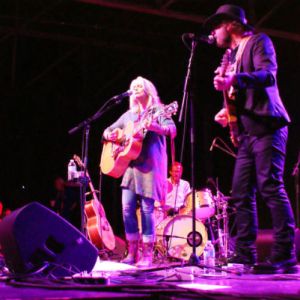