Aside from writing the foreword to his mother’s 2017 book From Cradle to Stage: Stories from the Mothers Who Rocked and Raised Rock Stars, Grohl had yet to pen his own stories. Now, the Foo Fighters frontman adds author to his resume with The Storyteller: Tales of Life and Music, out Oct. 3, Dey Street Books.

The 12-time Grammy-winning musician and documentary filmmaker (Sound City, Foo Fighters: Sonic Highways)—and now author—moves through his personal and musical life, from joining Nirvana in 1990 and recording their album that helped define a generation, Nevermind, in 1991 to fronting Foo Fighters in 1995, and working with his other bands Queens of the Stone Age and Them Crooked Vultures, Grohl’s story is a multilayered one, unraveled in his own words, through stories and other recollections in The Storyteller.

“From the second I saw Dave’s first post on Instagram, I knew I was going to publish his book,” says Carrie Thornton, Vice President of Dey Street Books, in a statement. “To be honest, I’ve been hoping to publish Dave Grohl’s book since I became a book editor. I’m a Gen-Xer. I’m from Virginia just like Dave. We grew up listening to a lot of the same music. I’ve always admired his Puckish personality and his awesome musicianship. It turns out that he can write with as much energy and passion as he performs. Plus, he’s a spectacular human who cares deeply about his mom, his family, his bandmates, music, art and the world. All of that passion comes through in his stories and in The Storyteller.

Written during the pandemic, Grohl used the time off the road to channel his creative writing, first sharing a heartfelt piece in The Atlantic in 2020 on the absence of live music during the pandemic, before sharing more stories on his Instagram account @davetruestories in March 2020.

“There is a common thread that runs throughout everything that I do: storytelling,” says Grohl. “Whether in song, documentary film or on the page, I have always felt compelled to share moments from my life. This inclination is a huge part of what excites me creatively but also as a human being.”

Sharing stories spanning childhood and family memories growing up in Washington, D.C.,  hitting the road at 18 to see the world and follow the music, tales from all his bands, and working with David Bowie, Paul McCartney (“Cut Me Some Slack”), Iggy Pop, Mick Jagger, Roger Taylor and Brian May of Queen, Neil Young, Joan Jett, Elton John, Nine Inch Nails—and that time he played drums for Tom Petty on “Saturday Night Live.”

Grohl says The Storyteller is “a collection of memories of a life lived loud, from my early days growing up in the suburbs of Washington, DC, to hitting the road at the age of 18, and all the music that followed. I can now share these adventures with the world, as seen and heard from behind the microphone. Turn it up!” 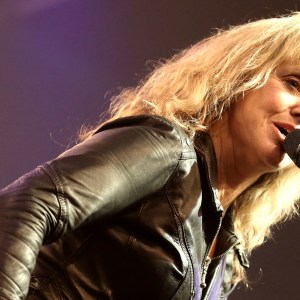 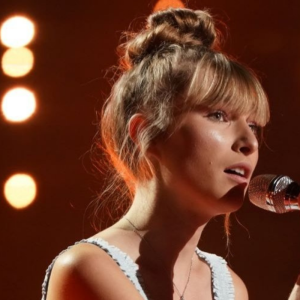