The new single from Stewart-Lindsey provides an antidote to isolation

Have you been feeling trapped ? Have you longed for the freedom we once knew? Have these long months of house arrest made you yearn for some kind of escape?

Have you been singing the isolation blues for months?

If so, you’re not alone. We’ve got good news for you: Our pal Dave Stewart, AKA Captain Dave, is back and he’s brought us the cure. It’s one he cooked up with his pal and blues brother, Thomas Lindsey, the great Louisiana bluesman.

It is a new vaccine?

No. It’s an old one. A kind of medicine that is extremely potent, and has been used since ancient times. It connects directly with our limbic systems more than any other medicine.*

It’s called Song. Part of the larger family known as Music. And in this case, Blues. And as man has known through the eons, when you take the blues and inject it with electricity, although intensely combustible and sometimes lethal, there’s few forces more restorative.

Stewart & Lindsey had been experimenting with this phenomenon on their own for many years before meeting; Dave in his hometown of Sunderland in the UK, and Thomas in his hometown in the hurricane-battered town of DeRidder, Louisiana, near Lake Charles.

Together they realized that the sheer incendiary power of the two of them together far exceeded anything they could do individually, and Stewart-Lindsey was born. Those first efforts are collected into the acclaimed and fiery album Spitballin’.

Now after a brief recess, Stewart and Lindsey have completed Amitié a new album which picks up on explorations unfinished from the first work, and also forges new ones. “Liberation” is our first opportunity to experience the new work, which reveals their expansion. It’s bluesy, but also with a funky soul vibe that is perfect for this moment. It’s soothing and hopeful.

Amitie will be released on July 17, 2020. Both the single and the album are released on Dave’s new music label, Bay Street Records.

**To understand the relationship of music and the human limbic system, we turn to Dr. Assad Meymandi, a psychiatrist, neurologist and adjunct professor of psychiatry at the University of North Carolina at Chapel Hill.

The limbic system, as he wrote in the journal Psychiatry, is a a structure in the brain “consisting of thalamus, hypothalamus, amygdala, hippocampus, mammary bodies, and fornix,” and “comprise the ‘anatomy of emotions.’ They are responsible for the autonomic or the vegetative functions, such as breathing, appetite, body temperature, and moods (e.g., anger, sorrow, love, hatred, violence, compassion, sadness).”

“Music brings about the excitation of the limbic system with corresponding changes in neurotransmitters, such as catecholamine, indolamine, dopamine, endorphin, and the latest, neuron growth hormone.”

In other words, instead of heading to the pharmacy or medicine cabinet to cure what has been ailing you, turn instead to a song you love. Or a new song, like “Liberation,” ideal for waking up your lethargic limbic system.

Even before working with Lindsey, Dave famously worked with the great Annie Lennox on the first stage of a ten-year research project into the eurythmical properties of human passion and perception. They explored their subject by means of composing, recording and performing their own songs, each of which were calculated to connect in different ways to the limbic system. These were summarily distributed among many millions of people then alive, all over the world, and the reactions were documented.

These eurythmicals, they found, were more complex than they appeared, each self-contained and yet containing a power of tremendously volatile proportions, capable of engulfing the entire globe, and connected to an even larger system of tremendous, unbound energy, impervious to time. Although many “experts” have dismissed their findings, gradually most have accepted their findings to be true, especially “Would I Lie To You,” which they felt possessed a force which was “indisputable.”

That indisputable force is alive in “Liberation” as well. To fathom the fullness of this very real if unseen power, listen to it now. Play it loud, over and over, if necessary.

If you want to sing along, do so. Don’t hold back. Don’t suppress your natural responses.

If you feel the urge to dance, go for it. Dance and dance some more.

(Unless you’re the president, of course.) 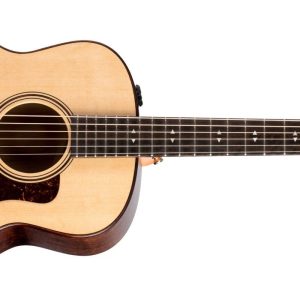 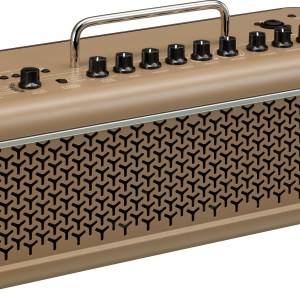