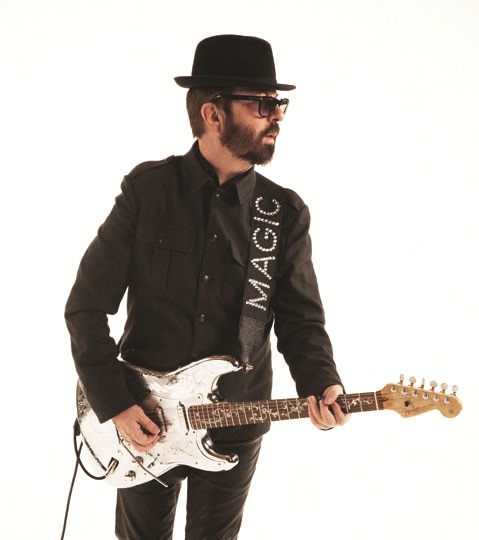 Your album The Blackbird Diaries features “Worth The Waiting For,” a song you co-wrote with Bob Dylan. What’s the story behind the collaboration?

In 1984 I was in a studio in L.A., recording and producing something, when the lady at reception rang through to the studio and said, “I have Bob Dylan on the phone for you.” I thought it was my friend joking, putting on a voice, because I’d never met him before, and I’d been a massive fan of his for years. So when I actually heard him come on the phone I was about to say, “Stop laughing about,” but then he spoke and I was like, nobody could copy that voice, this really is Bob. So I knew immediately it was him and he asked if I wanted to meet up, which we did, and virtually the next day or the day after we made a couple of videos. Then he came to London and we were experimenting and shooting stuff with cameras like friends you know, just doing experiments, not necessarily for anything. Although one of those videos came up in a song called “Blood in My Eyes” the black and white 8 millimeter one. It’s on YouTube, you can see it. I had Dylan in a top hat and I shot it myself.

And then we would jam with different friends. I had a studio in a church in North London, and we’d just choose different people, and have crazy sort of jam sessions. At one point there’d be like Joni Mitchell on drums, someone else on piano; everybody would swap around.

We did a lot of jam sessions in that church and we culled some of them, but I never with the intention of making a record. It was more just like how you do when you pop by to see a friend and have a jam session. But sometimes we’d go back to my house and in the kitchen, we’d play it back on my cheap ghetto blaster. There’d be like twenty songs from every jam session, but there’d be no singing on them. And Bob would do this incredible thing – a genius in full effect — he would sing along and add melodies and bits of lyrics on top of all of them, just one after the other.

I had another cassette player that I could record what was turning out the ghetto blaster but also record the kitchen. So in my archives of recordings, I’ve got one that’s called “kitchen recordings,” and one of those songs, or beginnings, of songs was this thing I always liked.

When I was playing for the guys in Blackbird Studios with all those great players, about halfway through those sessions it sprung to mind. I listened to it on headphones and I thought this would sound killer played by these guys in a kind of country soul way. I listened to it and understood of it what I could, because they’re very bad recordings, and finished the song, kept some of the words that I could understand, and then wrote it into a song really about me and Annie [Lennox]. And then I sent it to Bob, in a quick sketch form, and he really liked it, and so I cut it with the band. And that’s the story behind that song.

So some of those lyrics were ones that he sang at that time?

My brother bringing home a Dylan album and my cousin sending some British albums from Memphis was my initiation into music. I wanted to learn to play the guitar. So the first things I learned was some slide blues guitar and some blues songs from weird, unknown people in Northeast London at the time, like Mississippi John Hurt and Big Bill Broonzy. All these kind of players. And then my brother brought home this Dylan album and I said oh, I’ll learn some of these songs — they sounded sort of blues to me.

Then I started playing in little folk clubs and that’s what I would play, some Bob Dylan songs and some Mississippi John Hurt and these kinds of songs. I’d play “Positively 4th Street” and “Don’t Think Twice.” I looked about 12 and the guitar looked bigger than me.

My brother became a fanatic, and suddenly we had to get everything. And when I went to London, I’d buy every single Dylan album that came out. I was kind of compulsive obsessive. I’d learn everything.

What are some favorite songs, albums, or lyrics?

I loved every song on Blonde on Blonde. I still play it to this day on acoustic guitar in my house. “Tangled Up In Blue.” I love the way he’d use sort of weird rhyming couplets and yet the payoff was the last line. “When she bent down to tie the laces of my shoe, tangled up in blue.” “You’re A Big Girl Now.” “With a pain that stops and starts, like a corkscrew to my heart, ever since we’ve been apart.” “Sad-Eyed Lady Of The Lowlands.” “With your mercury mouth in the missionary times.” That’s a great opening line. You immediately think of Joan Baez, the Mona Lisa… it’s all in a couple of words, all this imagery. “Like a Rolling Stone,” obviously. I like the line in “Positively 4th Street” that says “I wish that for just one time you could stand inside my shoes. You’d know what a drag it is to see you.”

Yeah, I could go on and on. There’s just so many great songs and so many great lines and when you delve back in them you even find new ones. And then you start realizing the subtext underneath the subtext, like “You don’t need a weather man to know which way the wind blows,” which when I was like 15 years old I just took it as one thing. When I turned 21 I started to understand who the Weathermen were.

Dylan has taken flack for borrowing a lot from other musicians along the way. What’s your stance on that?

Well, folk songs tend to be quite simple in their chord changes and melodic structure. Like when he sang “Bell Isle” and things like that on Self Portrait, everybody thought he’d gone soft after he had the motorcycle accident or something. But that’s no different to filmmakers using an editing style that Scorsese uses, or painters like Andy Warhol taking something and reinterpreting it. You can’t write a blues song without writing somebody else’s music, it’s just the lyrics are different because basically you use the same changes.

It’s funny because on my album I have a song called “Gypsy Girl and Me,” and some people say “That’s like some Dylan song.” And then I go “Yeah, but that’s this other blues song, and that’s like another blue song, it’s just the words are completely different.

You have some history with The Traveling Wilburys.

My house in L.A. was where they made the Traveling Wilburys album. In the garden where they’re all sitting under a tree, those are pictures of my backyard and in my house. I sort of introduced Bob to the idea, cause he said he’d love to have a band again that felt like a band, like The Band was. And I said the only band like that was the Heartbreakers. So the Wilburys all came about in this roundabout way. I’d see them all the time, and George [Harrison] was one of my best friends — he was living in my house, and I was living in his house at the time.

He’s really kind, and gentle, and incredibly sensitive. I used to have a driver, a really sweet, huge guy of Jamaican descent, who had trouble reading signs; he didn’t have much education. Dylan was at my house once, and he wanted to leave to go back to London. I said okay, my driver will take you there. So they set off, and I get a call about two hours later. It was Dylan on the phone, saying, “ermm, we’re outside of London now.” The driver obviously had been really panicked because he had Bob Dylan in the back, and missed all the signs, and had gone 30 miles beyond, like into the countryside. I said, “Oh, you know, he has a problem reading.” And Dylan said, “Oh, no problem.” And my driver told me later that Dylan got out of the back and sat next to him and read all the signs, and talked him all the way back to the middle of London, and told him all sorts of things about his life. 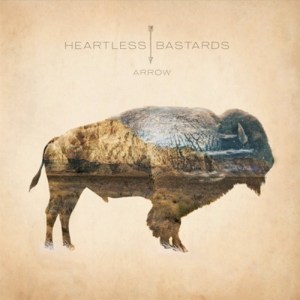 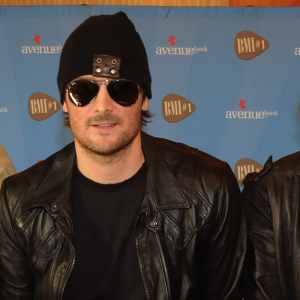