Hiss Golden Messenger is the project of songwriter MC Taylor and his longtime musical collaborator Scott Hirsch. Taylor and Hirsch played in the hardcore band Ex-Ignota and formed the country-leaning The Court & Spark in San Francisco in 1998.

In 2012, the album Poor Moon brought the band to wider attention. Now comes Haw, named after the river that runs through Taylor’s new home in North Carolina. Its 11 songs are perfectly crafted and expertly rendered to tape with friends like The Black Twig Pickers’ Nathan Bowles, Megafaun’s Phil Cook, and Nashville guitarist William Tyler (who HGM will tour the UK with in May).

While Bad Debt and Poor Moon dealt with Taylor’s questions about God, Haw centers on the family. “Hey, now Elijah don’t you know me?” Taylor asks his son on “Devotion.” “I’ve got a name for the meek and the mild,” he sings on “I’ve Got a Name for the Newborn Child,” written about a new baby.

American Songwriter is pleased to present the premiere of “I’ve Got a Name for the Newborn Child.” We also asked Taylor about living in the South, the success of Poor Moon, and the riddle of the Haw. Find Haw in its entirety on April 2 and seek out Hiss Golden Messenger when and wherever possible.

Haw’s epigraph is “a garland for the Southern Piedmont.” How vital is that geography to Hiss Golden Messenger?

It feels vital to me, though I suspect listeners can have a fine time with the record anywhere. From a writerly perspective, these songs could only come from this place—there is a certain psychogeography, a certain mythography that is at work in the North Carolina Piedmont. Every place has its own map, but this is the one my collaborators and I are working from. It’s a hidden place, our part of North Carolina—lots of shade and unknown rivers. And it’s the South, it’s important for me to be here and raise a family right now. Deep shit is happening in the Southern part of the United States, this is where culture is getting made.

There are some alluring early releases in the HGM catalog, but Poor Moon’s 2012 re-release on Tompkins Square seems a turning point for the band. Were you surprised by the success of Poor Moon?

I would contest that the turning point came with Bad Debt. That’s when things went totally insular and—for a variety of reasons—I began a practice of trying to look inward and plumb the depths of whatever soul I might have. Poor Moon was an extension of that process, just with more fleshed out arrangements, and Haw goes further inward still I reckon. I have been glad and flattered for whatever recognition these albums have received. But it’s not why I make music, or it shouldn’t be. I continue to work a job, etc. Sometimes it feels like a harsh reality, to have to work and try to be a good and engaged person while also pursuing this dark dream, and then sometimes it feels like a tremendous gift, to not have to support myself with my music. I think it might keep it clean.

“I’ve Got a Name for the Newborn Child,” and other songs on Haw, draw from family and domestic life. Is home life the new rock and roll?

“Sweet As John Hurt” is in part homage to the beloved Mississippi bluesman. Why is Hurt someone you identify with now?

I’ve always recognized a gentleness of spirit in Mississippi John Hurt, in his music, in pictures I’ve seen of him. He seemed to have taken a road of the spirit that some of his peers—Skip James, say—did not. I didn’t know the man, and I suspect he harbored at least some of the same kind of anger and resentment that others from his time and place did. But maybe he channeled these emotions in a different way? I don’t know. When I hear his music, or see a picture of him, I think, “I would like to carry my spirit like that.”

What can you tell us about the riddle of the Haw? The serpent is kind, compared to man. Is this the same riddle?

I think the riddle may be in the eye of the beholder. The serpent is kind, compared to man—I think that’s a truism, generally speaking. It would be worth asking Brendan Greaves what he thinks the riddle is, because he composed the one that appears on the sleeve of Haw. But I can tell you what I think the riddle—or the conundrum—of the album is as I hear it today, anyways: Contemporary overculture works incessantly to excuse and disabuse us of death, leads us to believe that we will live forever, forever buying things to fill the holes. And I am trying to reckon with death, to not be afraid of the idea that my time here is short. I am not very good at it, I am learning, I am still frightened. For every present breath that passes my lips, 1000 go by unnoticed. But this present-moment engagement sharpens everything, doesn’t it? It makes everything high resolution. Check this out: In his poem “Elegy,” Wendell Berry is talking to a friend, a ghost. He says, “The crops are in the barn. The morning frost has come to the fields, and I have turned back to accept, if I can, what none of us could prevent.” What a gorgeous thing to work towards.

In an interview recently, George Saunders said, “If death is in the room, it’s pretty interesting.” And he isn’t being morbid. He’s saying that if we recognize the minutes and hours, it can be a glorious and instructive thing. 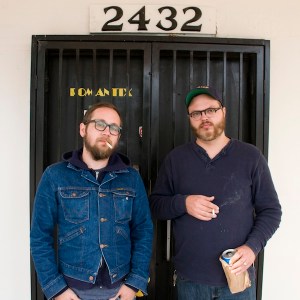 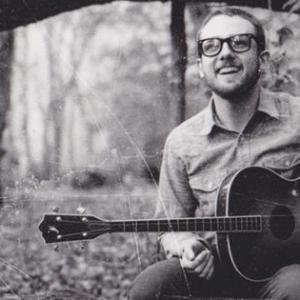