As Dennis Quaid watched the protests this summer, he started thinking of the state of the country and how a more open dialogue could help turn things around. Following his single “America I Love You, Too,” Quaid found himself on somewhat of a patriotic songwriting run. In these reflections, “Friends,” a song celebrating individuality and unity flooded out.

“Songs are coming out all the time, because what I remember America growing up and what we’ve become and where we are is different,” says Quaid, who wrote the song in 20 minutes and tweaked it over the next month before recording everything in one take with his Sharks guitarist Jamie James. “I still have faith in us as Americans. I still have faith in all of us as a people.”

Everything that is happening is heartbreaking, says Quaid, but there’s always hope. “Why can’t we have a dialogue about this?” he says. “If we talk to people as individuals, I think that’s the way things happen over time. Back in the day, we had Martin Luther King Jr., Ralph Abernathy, Robert Kennedy, Malcolm X, and there was definitely differences that people had, but people were talking to each other more. That’s the way you get things done.”

In “Friends,” Quaid encapsulates differences in heritage and ethnicity and the different people in his life, also acknowledging those true friendships, singing I’ve got Black Friends / I’ve got Brown Friends / Got a mess of white friends / And we all laugh and drink and fight… Find out who your friends are / Who denies your name / Don’t let your heart be troubled / You’re a lucky man / If you can count them all on the fingers of one good hand.

Quaid even mentions his best friend, mother, Juanita “Nita” Quaid, who passed away August of 2019 at the age 92.

“I was thinking about friends I’ve had over the years, and how friendships have evolved,” shares Quaid. “I got friends I can’t get rid of, but they’re still my friends and they keep coming around. Sometimes you choose your friends, and sometimes they choose you.”

Moving into 2021, his band Dennis Quaid and the Sharks are on hold but he’ll continue to release singles as they come. In August, Quaid performed live, trekking to Alaska for a handful of one-man acoustic shows—something he admits he hasn’t done in 40 years. “It was really scary and really fun,” says the actor.

For now, Quaid’s focus is on producing 18 podcasts—including his own, “The Dennissance”—through Audio Up, a studio he co-founded with Jared Gutstadt. As executive producer, Quaid also stars in “Make It Up As We Go,” a scripted podcast following an aspiring artist, played by Scarlett Burke, and her journey as a songwriter in Nashville.

The actor is also co-hosting “The Pet Show” with Jimmy Jellinek, and is putting the finishing touches on “Uncle Drank: The Totally Hammered Podcast,” starring Gary Busey, another scripted story about a country Western star who wakes up out of 30-year hangover. The podcast is partially inspired by Audio Up CEO Gutstadt, who has written for Bob Dylan, Brad Paisley, Lil Wayne, Steven Tyler, and Dierks Bentley, and his real-life experiences in the country music industry.

Alongside Busey, Quaid stars as Drank’s best friend, Blendy, a talking blender that’s always ready to keep the cocktails flowing, with additional cast members like Luke Wilson as the bass player, Luke Combs, and other guest stars. Giving the podcast another dimension, Quaid wants to add on an animated series a la “Southpark” to the podcast.

“We’re focusing scripted podcasts and telling true fiction,” says Quaid. “There’s a song that goes along with every episode, which we release every week. In the end, you wind up having what would be the modern equivalent of a concept album.”

Still writing through it all, Quaid is moved by the state of America and Americans and says it’s hard not to be more reflective, nostalgic and moved during these times of isolation and transformation. 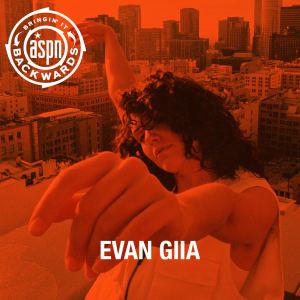 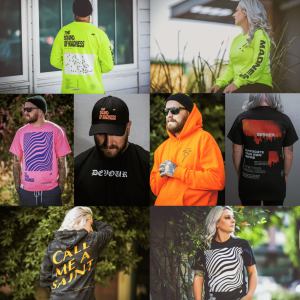