Audio Up Media, one of the fastest growing podcast companies in the audio space led by CEO Jared Gutstadt, has created a special behind the scenes look at the making of the smash scripted musical podcast, Make It Up As We Go, exclusively presented by Unilever’s Knorr and Magnum brands.

Created in support of She Is The Music, the podcast features exclusive interviews conducted by acclaimed musician, series co-creator and star Scarlett Burke with cast members Dennis Quaid and Bobby Bones. Audiences will also get a unique perspective on how the star-studded cast, which includesBilly Bob Thornton, Craig Robinson, Dennis Quaid, Bobby Bones and Miranda Lambert, came together to complete this unique Nashville-based musical drama, during this year’s Covid lockdown.

“I think people will look back at the medium of podcasts and see that Scarlett was the first country artist to ever be discovered through this new and exciting medium,” said series co-creator and Audio Up founder and CEO Jared Gutstadt.  “The music business is still figuring out what to do with the world of audio storytelling, and in this instance, we figured out a way to turn fiction into reality.  This is the fictional and musical story of a girl moving to Nashville with big dreams and ultimately gets a song cut by the biggest country artist in the world.  This story has actually come full circle with Scarlett getting the call from Miranda Lambert, being told that “Champion,” a song that we wrote for the series, would be cut by Miranda. There’s no better example of how to use the podcast medium for rich storytelling. This series has Original music, music discovery and has become an artist platform in the Covid era, years from now, people will look back and see that this time and project was a sea change for the entire digital streaming industry.”

Created by Audio Up Media CEO Jared Gutstadt and Scarlett Burke, Make It Up As We Go released October 9th to wide critical praise and has since surpassed an impressive 500k streams (and a 5 star review- which is the most important barometer for Podcast success) over the course of its eight episode run.  Make It Up As We Go tells the story of aspiring young singer-songwriter Charlotte Sayles, played by Burke, who pursues a career in the music industry and navigates the legendary writers rooms of Nashville’s country music publishers.  Written by David Hudgins (Friday Night Lights, Parenthood and Game of Silence) and Brooks Hudgins, Make It Up As We Go’s high profile cast also includes Billy Bob Thornton, Dennis Quaid, Craig Robinson and Bobby Bones.  Lindsay Ell and Miranda Lambert make appearances as themselves in addition to contributing original music.  Stream all episodes HERE, listen to the soundtrack HERE. 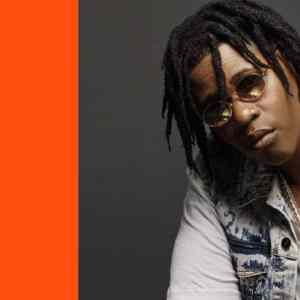 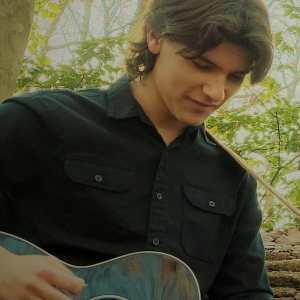