Earlier this year we saw spectacular merch bundles for Shinedown’s single “Atlas Falls,” that offered fans a chance to donate to a good cause through their partnership with Direct Relief.  Now the band is announcing a new apparel line, featuring even more options for fans to flaunt their devotion to the band.

The apparel line tagged SD Limited, will include premium tour and band merch transformed into every day, casual pieces.  The first installment to the collection will hit stores on November 27, just in time for Black Friday shopping.  The collection was designed from some of the concepts on the band’s breakthrough record, The Sound of Madness that gave fans hits like “Second Chance” and “If You Only Knew.”

“We are thrilled that SD Limited is finally coming to fruition and set to be released imminently,” guitarist Zach Meyers said about the collection. “This is an idea that we have been looking to launch for a while, but the rigors of touring always kept it on the back burner. Earlier this year, Adam, from EightySeven Creative Agency had gotten in touch about working together on a project, and I knew he was perfect for this venture with his inspired and futuristic take on concert merchandising.”

Myers continues, “He alongside myself and our longtime merchandiser, Kent Sinkler, set out to deconstruct the classic rock shirt, throw it in a blender with street fashion, and strip it all down to a central message of community. We wanted to appeal to everyone, whether they had heard of our band or not, but truly wanted to serve our most loyal fans. It was important that the products were made with high quality materials, with unique graphics and color ways, but most important that the themes that have carried our band across the world for the last 20 years were woven into each piece.”

To accompany the collection and offer fans some music options, Shinedown will be releasing a vinyl-box set.  The set offers a deep dive into Shinedown’s catalog with all six albums configured onto exclusive, gold vinyl with new artwork.  A gem for sure, the set will be limited to an international availability of 2000.  Individual reissues and never before released content will also be included on colorful vinyl for the albums Leave a Whisper (clear blue vinyl) Us and Them (clear purple vinyl) which will also include new artwork, The Sound of Madness (white) and Amaryllis (green).  Threat to Survival and Attention Attention will also be included in their original colors.

You can pre-order vinyl reissues and the box set here and SD Limited apparel here starting November 27.  Box sets will ship out to customers January 22 and reissues will ship February 12. All SD Limited Apparel orders will ship immediately if purchased separate from vinyl. 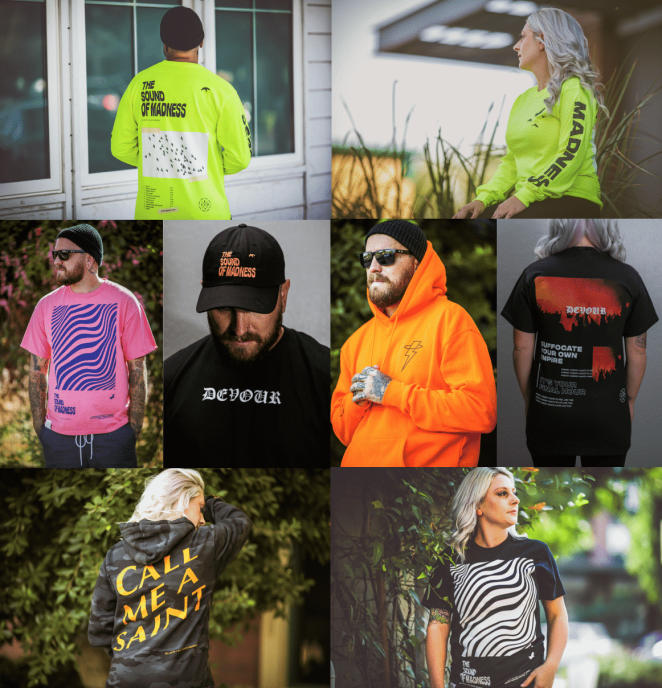 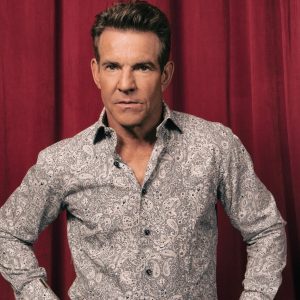 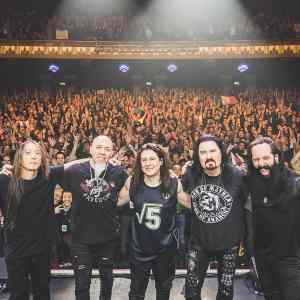