The beloved songwriter-producer would have been 89 this week

But the fact that all those legends did record his songs makes it easy to establish why Cowboy mattered. But there was a lot more. He was one of those musical souls, similar to Lou Adler, who was a true catalyst with a keen knack for hooking up with great talent, and bringing out their best.

He was also a brilliant producer and arranger, and one brave enough to exist within Nashville’s music community and yet bust through long-accepted musical strictures. Bringing in mariachi horns to a Johnny Cash song didn’t make a lot of sense to most people. Until they heard “Ring of Fire.” Johnny wrote the song, and delivered it like nobody else ever could. But it was Jack who added the horns, a sound which transformed Country music, and established Johnny Cash as one of its greatest stars.

Jack would have turned 89 this week, on April 5. But he famously wasn’t the kind of guy who waited for a birthday to celebrate. His pal John Prine was the same way. As John used to say, “You know, it’s someone’s birthday every day.”

The man wrote gems. “Miller’s Cave,” “I Know One,” “Just Someone I Used To Know,” “Guess Things Happen That Way” and “It’ll Be Me.” He left us in 2013, and his absence is still felt in his hometown of Nashville and beyond.

At a concert tribute to him before his death at the War Memorial Arena the range of people who came to sing his praises and his songs showed the full range of his impact, and the reason he truly qualified as a “songwriter’s songwriter”: John Prine, John Hiatt, Kristofferson, Bono, T Bone Burnett, Dan Auerbach were all there, as was a First Lady – Michelle Obama – and a former president, Bill Clinton. The man was beloved.

Cowboy defied the conventions of Nashville’s recording studios by building a studio right in his home (long before the idea was common.) He figured that if he allowed artists to make music away from the cloclwork pressure of official studios that they could relax and do great work. And he was right. He called it the Cowboy Arms and Recording Spa, and it became a symbol of what was called Country music’s Outlaw revolution.

Now Cowboy and the Cowboy Arms belong to the ages. The studio burnt down in 2011, and two years later Jack started his next great adventure.

Born in Memphis on April 5, 1931, Jack studied at Memphis State from 1953 to 1955, during which he played pedal steel and was forever called “Cowboy.” He made a giant leap by hooking up with Sam Phillips at Memphis’ own Sun Records. Adept not only at the technical aspects of the job but musical ones, he proved his instincts were right on when Sam was out of town and a young rocking pianist named Jerry Lee Lewis showed up. Jack knew not to let him go without getting him on tape. It was a legendary discovery, and showed that this cowboy knew what he was doing. He recorded “A Whole Lotta Shakin’ Going On,” which propelled the pianist to superstardom, and secured Jack a seat at the console.

“If we’re not having fun then we’re not doing our job.”

Soon he was doing it all – writing songs, engineering, and even producing.

In 1957 he wrote and co-produced (with Phillips) “Ballad Of A Teenage Queen,” which became a #1 Country hit as recorded by Johnny Cash. Although Cowboy wrote it, he wisely was receptive to Cash’s arrangement notions, which led to triumph:

“When I wrote ‘Teenage Queen’ in 1957,” he said, “I had in mind a kind of calypso/rumba, but Johnny recorded it a whole different way. And I’m glad he did.”

At only 2:13, it’s a remarkable record, a short movie about a small town girl who goes to Hollywood, ideal for Cash. It lead to a chain of great records, including “Guess Things Happen That Way” as well as the hilariously bluesy “Egg Sucking Dog.”

One of Johnny Cash’s final sessions was in Jack’s downstairs office, because he couldn’t climb the stairs. “Johnny was a wonderful, wonderful man,” Jack said of his absent friend. “I think about him every day.”

In 1956 he engineered one of Sun Studios’ impromptu intersections of greatness when Elvis Presley teamed up with Cash, Jerry Lee Lewis, and Carl Perkins to create what’s become known as “The Million Dollar Quartet,” for which a Broadway musical was created.

Jack went on to write, record and produce great music with one legend after the next, including Charlie Rich, Roy Orbison, John Hartford, Doc Watson, Townes Van Zandt, Don Williams, Waylon Jennings, and even Satchmo himself, Louis Armstrong.

It was Cowboy who broke the longtime country music color barrier when he discovered and produced Charlie Pride. They made 20 albums together, in addition to forever expanding musical boundaries.

He soon formed several publishing companies to contain his empire, started his own label, built his own studios, and even produced a cult horror film in 1975, Dear Dead Delilah, which marked the final performance of Agnes Moorehead.

In 1988 he was invited by a band he’d never head of – U2 – to produce classic tracks for Rattle And Hum, including “When Love Came To Town,” featuring B.B. King, “Angel of Harlem” and “Love Rescue Me,” with backing vocals by Bob Dylan.

“I’ve got a bunch of people who say I’m a genius,” he said with a smile. “That don’t make me a genius. But you’ve got to be pretty smart to get all them people to say that on cue.”

When you asked him what the secret is to making music so good his whole life, he says it’s no secret at all – music is fun. Sometimes the fun took over so much that not a lot of music was made. Jack was slated to produce John Prine’s Bruised Orange album, and had a lot of fun with John in the studio. But they never got an album made, which is why Steve Goodman came in and rescued the album by taking over.

But that was rare. It was towards the end of  Jack’s journey, and he’d already done more work than most men ever do, and had every right to coast a little.

“I’ve been a music bum all of my adult life,” he said. “Making music has always been my hobby and it still is. I’ve always said that we’re all in the fun business, and if we’re not having fun then we’re not doing our job.” 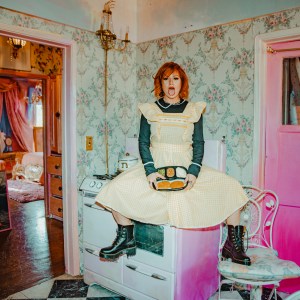 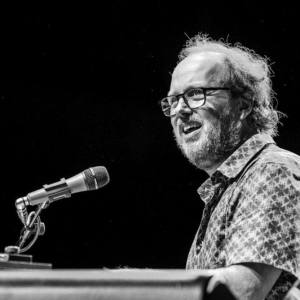