A new American anthem from his album ‘Blues with Friends.’

American Songwriter is proud to share this today, the premiere of a new song by Dion with Paul Simon, “Song for Sam Cooke (Here in America).”

We’d have been proud and grateful to premiere any of the songs on his new album Blues with Friends. But when we heard this stunning duet with Paul Simon, we knew no song was better for us and our readers than this one, and we’re grateful that we got the okay.

At any American moment, this vision of transcending racism, especially with these two voices on it, would resonate powerfully. But at this moment, as fires of rage are burning through a country already mortally wounded by the pandemic, this song of brotherhood, embodied by the spirit of Sam Cooke, is perfect.

It’s a remarkably rich album, burning with the electric blues in all directions, and more. But few things sound better – right now especially, in these incendiary times – than the sound of Dion and Simon together. One can hear that and imagine them as a beloved duo who have been singing together for decades; the sound of their voices in harmony is simply, as Dion said, sublime.

It’s a song he first wrote years ago, Dion recalled:

“At first, I just had the melody and the refrain ‘Here in America.’ A friend suggested I use an episode from my memoir about walking southern streets with Sam Cooke in 1962. It’s a good story, a true story. We were in the South together. And he stood up for me. He was a good guy. I miss him.”

He finished the song, he said, but put it aside, thinking it was too personal for other people to get. He put it in his drawer, where it remained, unsung and unrecorded, for years.

“Then in 2019,’ Dion said, “I saw the movie Green Book and after that, I couldn’t shake the song. I thought, `Hey, they almost wrote a movie about my song.’ I loved the movie so much that I thought I’d better take that song out to see it if works. And it did. It actually did.”

He played it for Paul Simon, who loved it, and said he wanted to record what he was hearing on it. That turned out to be a beautifully warm harmony part, which matched with Dion’s voice, creates a beautifully  poignant sound.

“I think Paul really helped it. He embellished it beautifully. He elevated it and made it something sublime.”

“We both have a warm feeling for Sam Cooke,” said Dion. “When I first played it for Paul, he saw it like I saw it. He didn’t see it as a song which is purely about racism in America. He saw it as a song of brotherhood and understanding. Because I was telling him that Sam Cooke took care of me in the South. “Paul said he wanted to record what he was hearing on the tune.”

“What happened,” Dion said, “is that Sam and I went to see James Brown in 1962. James Brown and the Flames. People were getting on my case. Sam brought me to some soul dive, a nightclub in the hood. And he told people, `Dion’s with me. Cool out.’

Simon worked on the song himself for some time, wedding his vocal warmly to the melody. When Dion the blend of the voices and the tender sound of Simon’s singing, he was stunned.

“Paul has been blessed,” Dion said. “He still has that innocent, sweet, pure sound. I guess it’s from right living and good living maybe. He still has his voice, which is amazing, I think I’m a better singer than I was when I was a kid.  But I don’t think I have that innocent sound.”

Dion, whose home in Manhattan is just blocks from what was Ground Zero, has deep love for this country and what it means.

“People would sell everything they have, they would give it all, to get in a rowboat to get here because it’s a better life. There’s a lot of people that don’t appreciate it, but anybody in the world would want to come here, if they want a better life. It’s not perfect. But Americans, when we want a better life, we try to fix the things that are wrong.”

The music he’s made through the decades, and that made by his friends like Simon, Dylan and the rest, has enriched the soul of this country forever, and represents the best of America. As I told him. But he’s a humble man, and just laughed at first.

Then he said, “Aw, thanks. America has given so much, I’m just grateful I could give something back. That you’re telling me that feels good, because it’s given me so much and now look – after all these years doing what I’m doing, I got a good job, man!” 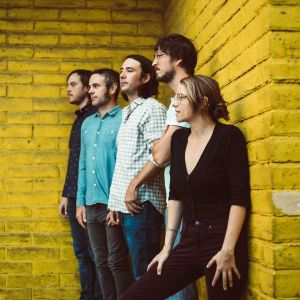 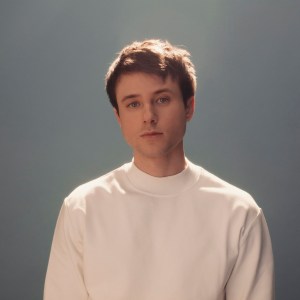