Though devoted fans of alternative rock icons, Anberlin, can cherry pick favorite individual songs that might actually end up amounting to every song the band has ever released, some do stand out more than others. And even after countless performances, various re-imaginings, and audiences that can sing their way through whole songs without the band and without missing a single bit of performative nuance, a true testament to the uniqueness of Anberlin’s music is how much can still be unpacked around some of their most cherished songs, even years after the group originally went on hiatus.

“Dismantle. Repair.,” a song off Anberlin’s 2007 album Cities (Tooth and Nail Records), is one such piece and, despite its lyrics presenting a relatively straightforward lesson through narrative reflection, as lead singer and songwriter Stephen Christian explains, there is serious depth of thought and creative deliberation built into every fragment of this track – even down to consideration of the peculiarly written title, which no, is not, and never was, a typo.

“The periods [in the title] were absolutely deliberate. It’s a complete thought [and] a complete sentence – each one in its own right, two words in their own right. You know, e.e. cummings was such a poet of like, making sure that everything was on purpose and I always admired that about him,” says Christian.

He continues. “So there’s a lot of hidden meanings [in Anberlin’s music] and even with song titles I’ll write a person’s name within the song title so they know exactly who it’s about. My brother once joked with me, [saying], ‘Dude, I’m never going to tell you anything else about me because I know that I’m just going to find it in a story.’ But it’s true: we absorb everybody and everything that’s around.”

Amusingly enough, beyond pointing out these two complete ideas by way of a simple punctuation mark in “Dismantle. Repair’s.” title, Christian even managed to make a double play on words with the innocuous symbols, as he explains how he saw the deconstructing and rebuilding concepts of the song also as segments of time – designated periods – and wanted to impart as much to listeners for their own personal and individual introspection.

“So, with ‘Dismantle. Repair.’: a dismantle period is a process and it’s about – that song is about – breaking down what you think you know about yourself and then repairing it all again and coming back to life and transforming ideologies and philosophies.

Given so much contemplation before ever hearing a single note, “Dismantle. Repair.” only opens up wider to an even more vast well of revelations as the song’s story take its first steps to unfold: a signature motif of five stark notes on the electric guitar and an observational declaration by Christian sets the song’s real life scene.

“[This] is a real story,” Christian says. “And as far as the taxi cab [in the song], it was Miami, Florida, it was the last night on tour, and I was saying goodbye [to someone] and then I watched them drive away in the taxi cab. I knew that I wasn’t going to see them for a great while but I also knew that there was a chance for them to break themselves down and start over with where they wanted to go in life, what they wanted to do, what they wanted to become.”

The brief interaction sounds common enough to anyone who has ever had a long distance relationship of any kind: a keen awareness of the gap between visits that’s about to begin, the wistfulness as last seconds of direct connection pass. Yet Christian’s hopefulness for this person wasn’t just a stroke of random optimism born from wondering what kind of changes the imminent time apart might bring. Underneath the present moment, there was a sense of emotional being about this individual, long fomenting in the background between them, which led to Christian contemplating the same kind of decision to change as it might apply to anyone.

“For this particular person, their self-esteem felt so low to me. I didn’t understand; they were constantly concerned and concerned about the future, asking ‘Is it going to get any better?’ and they never stopped to realize what they had at that very moment was perhaps some of the best moments that life could every produce,” Christian says.

“And, I [thought] in that moment like, we all have that opportunity – it wasn’t just for that one person,” he continues. “We can all start to dismantle and just push the period. And there’s a lot of moments in life that afford us that. Moments like, when we leave to go to college and we’re not under our parents’ wing – who are we going to become? Or, when we move to a new city by ourselves. You know, it’s just us against this new world; that’s another moment. A death in the family, a monumental birthday, the birth of a child: all of these [occasions] are life giving us moments to end the sentence, to stop right there and break it all down and build it exactly how we want it.”

Of course, while this explanation sounds like it breaks down the song neatly and fully, that one moment in time Christian shared with another person wasn’t the sole catalyst of his inspiration to write “Dismantle. Repair.” Plenty of the singer’s own experiences as a teen and young adult, even during the times before Anberlin formed and when it was just starting out, also heightened Christian’s intention of writing a song to speak up in the face of those who seek to sow doubt, pain, insecurity.

There [are] other people in my life who spoke down to or into my life negatively, [saying things like] ‘You’ll never make it,’ or ‘You’re never going to amount to much,’ Guidance counselors and high school basically laying out for me like, ‘Hey man, if you try your hardest you can get a vocational job. Maybe. Maybe. We don’t know.’ And I started to begin to believe a bigger lie about myself – that I was never gonna make it, that I was never going to be anything of note –  and that I wasn’t even going to be able to follow my dreams. My trajectory felt like living in a trailer for the rest of my life and feeling kind of stuck. And I never in a million years could have dreamt where my choices and where God and all the above took me,” Christian says.

The deeply compassionate, empathy-seeking, and openly faith-driven person Christian is, one refreshing realization about “Dismantle. Repair.” is that although some of Anberlin’s music was occasionally perceived as emo in style by fans, the song wasn’t created for either his friend or for the world at large, just with the purpose of hollowly pining for a solution or wallowing in the difficulty of change like some emo music of the early 2000s tended to do. Even writing the chorus to emphasize lyrical metaphors about “lines and phrases [cutting] like knives,” – something far more extreme than the old adage about ‘sticks and stones’ – there’s a call for molding of one’s own circumstances, of personal self-awareness and accountability.

“A lot of times I think we think we are victim to our birthright, our family’s genetics, or whatever. But the truth is, life gives us so many chances to stop and start again, if only we’d take life up on that opportunity and take a chance to say ‘Yeah, I think I can stop who I was, stop what I was doing, and become what I’ve dreamt of,” Christian says.

While the reverberating, metallic, purposefully plodding guitar hooks; vacillatingly explosive, frenetic drumming; and Christian’s own piercingly loud and clear vocals fill a good majority of the band’s popular singles, including this one, many of those same treasured songs have received lighter treatment in the form of acoustic takes and varying stripped down arrangements. More than just the surface change in dynamics, for “Dismantle. Repair,” the different sonic approaches lead to an inevitable shift in the impact of song’s narrative and, given the serious nature of the message,  Christian’s preferred iteration becomes less surprising.

“I think the less ostensible instrumentation for [“Dismantle. Repair”], the better,” Christian says. “For me it just makes it more about the lyrical content and the emotion of listening to someone kind of confessing and professing. It creates negative space if you have less instrumentation.”

He continues. “In [visual] art, if you have a blank white canvas and you just one red dot on the right hand side, your eyes put all focus on the red dot. But if you put 10,000 dots of all different colors on that same canvas, your eyes are just lost. And I’m not saying musically that [“Dismantle.Repair.”] is oversaturated but I assume for this particular song, it feels like one solo red dot on the right hand piece of the canvas, of just less instrumentation, just really makes it glare. So personally love kind of the less instruments better for that one particular song.”

Despite the fact that at Anberlin’s final show on November 26, 2014 in House of Blues Orlando, the band opted for the full plugged in version of “Dismantle. Repair.” over the more intimate acoustic version, the understandable overflow of sheer energy from that priceless performance didn’t drown out, or make listeners lose sight of, the main points of encouragement and unceasing hope that Christian has always intended for the song.

“Even the last speech on stage, the last time Anberlin played back in 2014 for our final kind of professional show, my whole theme was just, ‘If I can do it, you can do it.’ You can’t tell me, some uneducated kid from the middle of nowhere––I’m standing on a stage after doing a world tour. I feel like for me, I was, like [“Dismantle.Repair.”] says, “lines and phrases can cut you through.” I felt the sting of what negativity, and what words, and insults and just a life lived as an outcast feels like. So I wanted to make sure everyone else – especially this person I was talking to [through the song] – didn’t have to feel that way. Realize that there’s a deeper world out there. There’s more people that will fall in love with you for you and you’re not subjugated to where you’re from or who you used to be.” 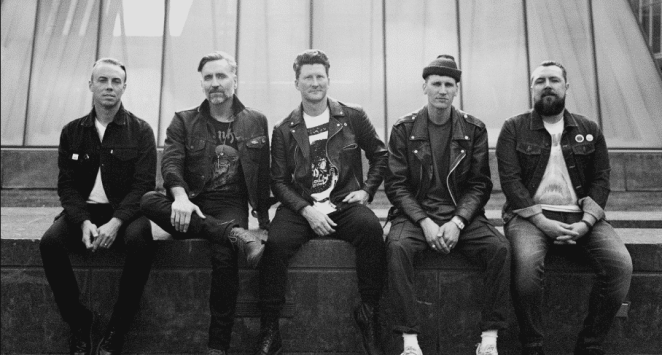 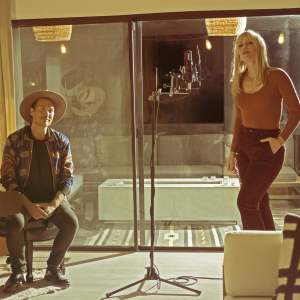 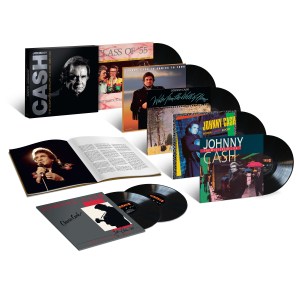