Dolly Parton has revealed that she has no plan to tour again. The 76-year-old country legend said she doubts she will hit the road again for a “full-blown tour” but will continue to perform.

“I do not think I will ever tour again, but I do know I’ll do special shows here and there, now and then—maybe do a long weekend of shows, or just a few shows at a festival,” said Parton in an interview. “But I have no intention of going on a full-blown tour anymore.”

Parton added that she has spent her “whole life” traveling to perform and wants to “stay a little closer to home” with her husband Carl Dean, who she married in 1966.

“I’ve done that my whole life, and it takes so much time and energy,” added Parton. “I like to stay a little closer to home with my husband [Carl Dean]. We’re getting older now, and I don’t want to be gone for four or five weeks at a time. Something could happen. I would not feel right about that, if I were gone and somebody needed me. Or I would feel bad if I had to leave a tour if somebody got sick at home and needed me and then I had to walk out on the fans.”

On Nov. 5, Parton will be inducted into the Rock & Roll Hall of Fame and said that she plans to make a rock album, with Steve Albini rumored to be on board as producer. At first, Parton turned down the Hall of Fame honor feeling she hadn’t “earned that right” but soon accepted the induction.

“Of course, I will accept it gracefully,” said Parton of her induction. “Thanks to everyone that voted for me and to everyone at the Rock and Roll Hall of Fame. I will continue to work hard and try to live up to the honor.”

Parton’s last big tours were the Blue Smoke World Tour in 2014, in support of her 42nd studio album, Blue Smoke, which included her first-ever performance at the Glastonbury Festival. She also performed two sold-out nights at Ryman Auditorium in 2015, and in 2016, Parton embarked on her 64-date Pure & Simple Tour, her largest tour in the U.S. and Canada in 25 years. 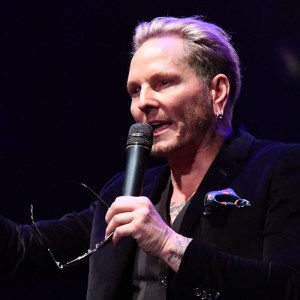