The opening lines of “Don’t Stop Believin'” can be heard ringing out from every sporting event to middle school dance across America. That instantly recognizable jangling piano intro and iconic high tenor voice could belong to only one band: Journey.

Journey, the group that became synonymous with ’80s-era arena rock, is one of the most polarizing bands ever. A group that thrives off of heartfelt ballads and anthems so inspirational, they’re cringy, you either love them or you hate them, but no one ever denies knowing them. That is because Journey is the band behind some of the most enduring rock classics.

“Don’t Stop Believin'” aside, here are 10 need-to-know Journey songs. Well, let’s face it, you probably already know them, but a little refresher never hurt anyone.

“Anytime” garnered the band minor success, reaching No. 83 on the U.S. charts. The track appeared on their fourth studio album, Infinity, which was the first record to welcome Steve Perry as Journey’s new lead vocalist. His voice would turn out to be the missing ingredient.

Any way you want it / That’s the way you need it, plays the energetic chorus. “Anyway You Want It” was an edgier track for the band.

It’s been said the song was heavily influenced by the rock band Thin Lizzy and their bassist, Phil Lynott. Journey was touring with the Irish band across the U.S. in the summer of 1979 when Lynott shared a rhyme scheme exercise with Perry and guitarist Neal Schon.

Perry was once quoted as saying “the guitar-vocal-guitar-vocal interchange thing that happened between Phil and his lyrics and the guitarist and his arrangements, inspired the ‘Any Way You Want It’ sorta give and take thing.”

Kicking off like the opening credits to a prime-time crime drama, “Who’s Crying Now” is a dark, smoky hotel bar of a love song. It’s classy, but a little sad.

The band used the same Thin Lizzy/Lynott-inspired scheme to create “Stone In Love,” a tune with an inoffensive rock arrangement punctuated by Perry’s piercing vocals.

The song may not have topped the charts like many other songs on their seventh studio album, Escape —”Don’t Stop Believin’, Who’s Crying Now,” and “Open Arms”—but it has become a radio staple just the same.

The 1979 hit “Lovin’, Touchin’, Squeezin'” was the band’s first Top 40 hit in the U.S. A gut-wrenching tale of love, Perry wrote the song and called it “love justice.”

In the liner notes for Journey’s 1992 CD compilation, Time3, the frontman explains the tune was based on a true story. He was watching from afar when his girlfriend at the time got out of a car to passionately kiss its driver goodbye.

About a love that’s drifted apart, the chorus of “Open Arms” is desperate, pleading So here I am / With open arms / Hoping you’ll see / What your love means to me.

An enduring love song, the tune has been covered by everyone from Celine Dion to Boyz II Men.

Always another show / Wondering where I am / Lost without you, Perry’s powerful vocals cut to the bone.

“Faithfully” depicts the struggles musicians face being on the road and away from family. The song was written by the band’s keyboard player, Jonathan Cain, who reportedly got the keys-driven melody from a dream.

“Lights” gives a nod to the band’s Bay Area origins. Having formed in San Francisco, California, the band sings the forlorn lines, I wanna get back to my city by the bay, followed by the melancholy Oh, oh, oh, whoa, oh.

The relationship stressors highlighted in the song “Faithfully” put insurmountable pressures on both Schon’s and bass player Ross Valory’s marriages and the two went through painful divorces around the same time. Perry and Cain sat down and wrote “Separate Ways (Worlds Apart)” to help their bandmates through the difficult times.

A spooky remix of the hit was featured in Season 4 of Stranger Things.

A simpler rock arrangement made for the edgier sounding track “Wheel in the Sky.” The song plays like an outlaw racing across a barren wasteland as the drums charge against faraway guitar riffs.

A metaphor for life and how it stops for no one, “Wheel in the Sky” is the more philosophical of Journey songs. It chronicles the story of a desperate man trying to make his way home as he repeatedly tells himself, I don’t know where I’ll be tomorrow.

What is your favorite Journey song? Let us know by commenting below. 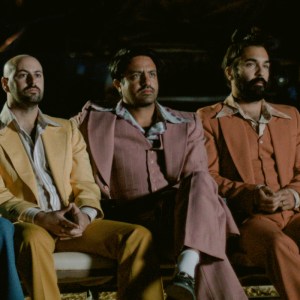 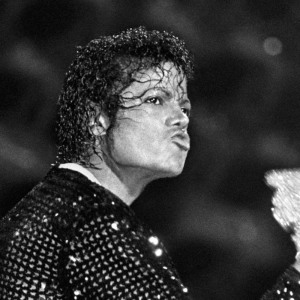