The L.A. Americana songwriter returns with his 12th album

With so many live shows currently canceled, Ted Russell Kamp isn’t able to do his day job as the bass player in Shooter Jennings’ band. But the energetic Kamp is taking full advantage of the downtime, writing and producing other artists in his studio while he promotes his 12th solo album, titled Down in the Den.

With a nonstop work ethic and a prodigious output, Kamp is well-known in both the L.A. and Nashville music communities, with five years as a Nashville staff writer and a Grammy for his bass work on Tanya Tucker’s latest album. On Down in the Den, he not only plays bass and sings, but plays acoustic guitar, dobro, banjo, keys, trumpet and trombone on 14 songs he co-wrote with the likes of Billy Burnette (ex-Fleetwood Mac) and Gordy Quist from Band of Heathens. Kamp has performed for followers all over the world, with his songcrafting and vocal approach compared to everyone from Guy Clark to Arlo Guthrie.

Kamp talked from LA with American Songwriter about everything from his obvious love of being both a solo artist and a band player, to some of the people who inspired him to start writing his own material many years ago.

“I love being an artist, I love telling the stories, I love writing songs. And I really believe my album should be a document of making music with my friends,” he said, explaining why he has nearly a dozen co-writers and more than two dozen musicians on Down in the Den.

As the New York native was on his way to becoming a primo instrumentalist, Kamp said that songwriting was equally as important to him as playing. “It had been a goal of mine to get a publishing deal in Nashville. When my first record with Shooter [Put the ‘O’ Back in Country] came out in 2005, I had written the second single from the album ‘Steady at the Wheel.’ So I was able to start knocking on publishing company doors in Nashville and could say I had a cut, but they wouldn’t give me the time of day. But I was finally able to get a publishing deal. The way Music Row works, one company signs you, and then they pitch your songs to another company that has an artist. And it’s all about the co-write. It’s a real interwoven web, the way the Nashville music industry is.”

For someone who’s released a dozen albums and has played for years for Shooter Jennings, Kamp seems pretty far under the radar. But that’s been partly by design. “When I graduated from college I moved out to Seattle and played jazz bass full-time. Years later when I moved to LA, my wife reminded me that I never said I wanted to move to L.A. to be rich and famous, I wanted to move to L.A. to play great music with great people. I always wanted a career. I didn’t move to L.A. to be on the Sunset Strip and get famous, I did it to be a part of the L.A. scene, to be inspired by all the talent here. I was really happy being a sideman, and forming bands but not being the lead singer. It took me a longer time to get my act together as a songwriter, and as a singer.”

Kamp said that he was exposed to, and learned to play, folk music as a teenager, but that the people who inspired him, and continue to, are all over the map.

“I loved REM and I loved Mike Mills, he could play live bass and sing harmony, and I always thought he was kind of the secret weapon in the band. I was always kind of inspired by that. Or Dave Stewart from the Eurythmics.”

“When you get involved in music, you very often realize that music is a team effort. And I’ve always wanted to be known as a team player. There were four years or so when I wasn’t playing with Shooter, when I did my solo thing, I basically toured two weeks of the month, and spent the other two weeks at home doing bookings, sending out press kits, doing interviews. And after a couple years I realized that I wasn’t that happy. I missed playing with other people, I missed being in bands. I didn’t move to L.A. so I could be in my house seeing no one for two weeks at a time.”

Kamp’s music truly draws on the roots of nearly every American style of music. “I love a lot of different kinds of American music, and I love combining them all. I’ve always loved the Leon Russells, the Delbert McClintons, Lyle Lovett – people like that. Even Paul Simon, people who can kind of jump genres, who can kind of move around through all the eclectic types of American music and still sound like themselves. I always related to that and wanted to do that.”

Kamp is doing a Facebook Live show from his studio every Wednesday and Sunday at noon, where he will no doubt be performing some material from the new album. 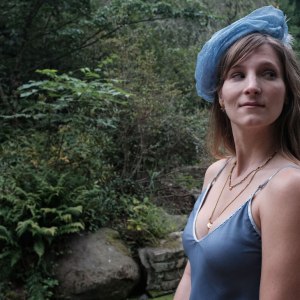 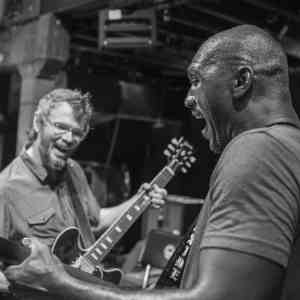