The first time musicians Jason Boland and Shooter Jennings met was a night to remember.

The two were each set to play with their bands at a show in Wichita Falls, Texas. But Jennings and his crew were delayed. In fact, they’d been picked up for possession of pot when they crossed the Baylor County line on the way to the gig, Jennings explains. They were “thrown in jail” and later released by a judge in time to still make the performance. As Boland remembers, the tardy entrance gave Jennings a whole lot of “cool points” and gave the night a little extra energy. (Jennings chuckles about the experience today.)

Ever since then, the two have been friends. Together, they plan video game sessions as well as musical ones. It’s a relationship born from collaboration—Boland was the first person to ever ask Jennings if he’d produce his record. Today, Jennings has earned Grammys for his production work. And now the two are set to release their latest collab, Jason Boland & The Stragglers’ new conceptual LP, The Light Saw Me, which is out Friday (December 3).

“It was almost like a foregone conclusion to ask Shooter,” Boland tells American Songwriter, referencing the plan to produce his newest LP. “He had already done a concept album, himself. I knew that nothing we were going to do would remotely shock him.”

Before recording the new album, Boland and Jennings had worked on Boland’s 2013 record, Dark & Dirty Mile. (Jennings has since gone on to make records with artists like Brandi Carlile and her Grammy Award-winning By the Way, I Forgive You.) The two had also toured together several times with their acoustic guitars. So, when Boland approached Jennings about the concept record, Jennings says he was all-in, even without hearing much of the material upfront.

“I didn’t care,” Jennings tells American Songwriter. “I knew it was going to be awesome. I couldn’t wait to get in the studio.”

Jennings, who has also been releasing his own music as of late, notes that once he, Boland, and the band got in the studio, Boland told him about the backstory for the LP. Essentially, the album is about a cowboy in the 1890s who encounters extra-terrestrials that leave him, in the end, in the 1990s. Boland says he’s always been fascinated with the idea of life outside earth, with the unexplainable. So, he dove in.

“He had it all planned out to the minute,” Jennings says. “He was like, ‘Well, you want to cut this thing from the top?’ And I was like, ‘Yeah!’ I got the hear the record as it unfolded, the vision he had meticulously planned.”

For Boland, music started in his life casually at first. The Oklahoma-born artist would listen to programs like Austin City Limits and just tune into the rural local radio. Later, he moved to Stillwater where he found a community of songwriters and his career began to blossom. Jason Boland & The Stragglers released the band’s first LP, Pearl Snaps, in 1999.

Jennings came to music a bit more formally. His father is the famed singer/songwriter Waylon Jennings, and he was surrounded by big names since he was an infant. But he says music stuck in more personal ways. First, it was the Home Alone soundtrack and the music of John Williams, then it was MTV and George Michael’s “Faith” and then the floodgates opened.

“When I moved to Stillwater,” Boland says, “there was a community of singer-songwriters around a place called The Farm. That’s where I became a part of the folk narrative of, ‘okay, well, do you have something to say, a place to say it and people who care to go?’”

“I definitely caught the bug on my own,” Jennings says. “But I was around music a lot.”

Working together on the new project, Jennings sought out his favorite, “most comfortable” studio, a place called Dave’s Room in North Hollywood. It belonged to producer David Bianco, famous for working with Bob Dylan, Tom Petty, and LL Cool J. The studio is circular and, Boland says, sounds like a “giant buttery doughnut.”

“There’s a warm, chill vibe,” Boland says. “There’s a great smoking lounge outside. It was a good time, a great studio. I could live in that engineering room.”

For the album itself, Jennings, Boland, and company had to make sure they were serious about the idea to make a concept record. So many bands talk about the possibility but never go through with it. This time, though, all were on board. Boland started with a few riffs and one or two loose ideas about the story. As details became more and more clear, the 11-track record took shape. The main character looks to the sky and sees the moon, but it’s not the moon. The extraterrestrials take him and transport him to the future. He searches through that future for meaning, finding someone who, in her eyes, he can see light and love. The kind that reminds him of his wife, whom he was torn from by the aliens. The record, in the end, proves the existence of some fabric of consciousness, which is likely woven with love.

“The weird thing about a concept record,” Boland says, “the parameters and limitations gave us focus.”

Sonically, the album is a mix of country storytelling and rock energy. Big guitar chords meet slick solos and appealing cymbal crashes. Boland’s voice is solid as a tree branch you can hang a tire swing from, it resonates and slaps. The opening song, “Terrifying Nature,” which mixes in some violin is an excellent table-setter. The titular “The Light Saw Me” is propelled like a Cadillac tied to a rocket. But the standout among standouts is the epic “Straight Home.” In the song, Boland belts, I tried so hard! I swear the gods are guilty! Show me a sign about a course that’s true! The track reflects all of us who’ve been down and out but who still want more.

“It’s very satisfying,” Boland says of the finished product set to hit shelves. “There’s a high rate of failure in all the things. Ultimately, what we’re all trying to do is make enjoyable listenable music.”

“I felt grateful,” Jennings says. “I knew going into it how cool it was going to be. I was excited to work with Jason again after all these years, to show him what I had learned—I’ve learned a lot of stuff between Dark & Dirty and this one.” 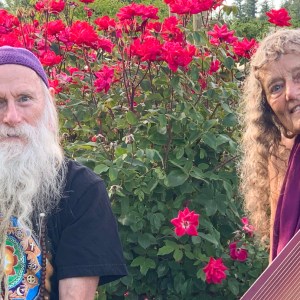