For Celeste Krishna, the summer of 2019 was a golden one. She was with her community of musicians and artists, her “Monarchs,” in an Upstate New York artist residency putting some of the finishing touches on her upcoming album My Blue House (Sept. 25). “It was literally a year ago when we were all together doing this,” says Krishna of working on the album prior to the COVID shutdown. “That was a golden summer. If the pandemic had hit then, it might’ve been a different album. I would have had to put out the demos.”

The journey to My Blue House was a tortuous one, mostly pieced together in the years following her previous color-coded narrative, 2017’s Prelude Red. The Alabama native, based in Brooklyn, NY, started writing in New York, putting the initial demos and arrangements together in her home studio before bringing it to the band. As its primary producer with a little help from some friends, including main co-producer Adele Fournet, founder of Bit Rosie, and artist collective supporting female producers and musicians, after rehearsing with the band and tracking instrumentals at Brooklyn’s Signal Corps Recording, everyone relocated to an artist’s residency in Upstate New York where she tracked vocals in a country house.

For the past few years, Krishna has been working in colors. What she calls a “different era” of her life, Prelude Red was an album written around a more shadowy time in Krishna’s life, while she was living in the industrial district of East Williamsburg in Brooklyn. “There were so few trees, and I was spending a lot of time in a studio without windows,” says Krishna. “I was having a blast, but there was some sort of darkness. I was also struggling to find my peace with being an artist who is not famous and rich. I wanted to strike out and be aggressive and present a whole different side of myself than I have with my earlier works, so all of that just felt red to me.”

After severing toxic relationships and finding love—Krishna got married in 2016—everything started falling into place, especially when she met co-writer Mary Ann Keeler, who also did some additional production on the My Blue House. When Krishna moved into Keeler’s building the two started handing out and jamming. Eventually, Krishna ended up writing most of My Blue House in Keeler’s den, which she dubbed Mary’s Space. “There are very few people I can co-write with in very deep way,” says Krishna. “There have only been three in my lifetime. She is the third, and the writing bond is so special.”

While Prelude Red was a different time in her life, and the overture to her bluer state, the crimson darkness sequed into the more experimentative light of My Blue House, a mix of hymnal folk, bluesy odes, jazzed up and hip-hop beats all weaved around familial ties, spirituality, love… and beauty. “My goal as a writer is to go as far in as I can with these songs,” says Krishna, “and try to describe it all in different sounds and instrumentations.”

A diverse soundscape concocted by Celeste Krishna & Monarchs, My Blue House moves beyond its sole hue, and is a testament to this new period in Krishna’s life and the different colors that get reflected once the right community of artists fall into place. Blue has always been her guiding color. Her name Celeste (which she shares with her aunt, cousins, and grandmother) means “sky blue” in Romance languages, while her married named “Krishna” references a blue-skinned musician in Hinduism.

Opening on a bluesy breeze of new single “Tides,” which Krishna admits she wrote on the beach, was the most accessible note to start on. “It’s a doorway into the house,” says Krishna. “I initially recorded an intro that was sadder, like walking to my blue house, and it was a cappella. It was so beautiful and vulnerable, but that was alarming.”

“Tides” is easy. It’s the perfect intro to walk listeners into My Blue House. “We wanted to shower people in warmth,” says Krishna. “It’s a song that was set around blessings and celebration, and we wanted to bring people in that way, invite them in through ‘Tides,’ then start to bend towards a different energy. I was trying to take the listener along for a ride.”

Moving into the hymnal “Blue Family Carol” Krishna explores her maternal family in Alabama, it’s shared trauma, and the passed down family lore with Krishna singing We laugh and cry, we live and we die, together on this drive. “My grandmother is the orator of our family history and she lives in a blue house in Tuscaloosa [AL],” says Krishna of the home her mother and aunts grew up in. “She told me a lot of family stories, so I’ve always been really intrigued about who these characters are and wrote some songs about them in my early work.” Krishna is working on another album, Blue Druids, which will unravel these characters, and is the second part of her three-album series around Blue, which will conclude on My Blue Path.

“It was getting all these stories and then being in the place where they happened while also simultaneously experiencing my own childhood and that place and my own family trauma… and beauty,” says Krishna. “It was just so big. This song celebrates the things I love about it. There are things I don’t love about family as well, but it’s a celebration of that and taking care of each other and shared stories.”

Still jazz-fueled in all its moodiness “Applied Love” reveals some heartache, before the sounds shifts into some 1980s R & B-fused “Talk, Talk, Talk.” All along, My Blue House moves through varying motions, and Krishna’s emotions, from the more eruptive, industrial, darker waves of “Beast Inside” to an upbeat, folk-induced “Gaea’s World.” The embodiment of earth in Greek mythology, the track is an ode to earth, and divinity. “It’s celebrating the natural world outside of humans, the divine,” says Krishna. “It’s saying we are nature, and it’s celebrating nature, and that is what divinity is.”

The piano-led balladry of “Wanna Be,” written after a friendship with one-time collaborator fell apart, slows things back down, before a subtle hip-hop beats trickle through “My Blue House,” a song initially crafted around a sample of Krishna’s grandmother playing Chopin. “When I started writing it I was confused, because it was before I even put out Prelude Red,” says Krishna of the track that returns to family and how her life was shifting into blue. “I was thinking about the color blue a lot, and I was moving into this whole blue era. I was also getting married, and I was receiving my married name Krishna, which has a lot of significance with blue and family.”

Resetting My Blue House in under two minutes, “Reprise” is a slower churned, gospel-tinged outro revisiting home, comfort, and the overriding theme of beauty. While the track “Beauty” is about the people you love, says Krishna, the beauty she speaks of and regularly references goes much deeper and far removed from the aesthetic or physical kind.

“Beauty is shared life,” says Krishna. “I think that’s the most simple way I can say it. Art can be beauty, because you can look at it and you’re having an exchange and, of course, music. So it doesn’t even have to be humans in the mix. It’s just absolutely divine.”

To Krishna, community is the other part of beauty and is the real root of My Blue House. “Even though it’s about my view, my blue house, the concept is everybody’s living in a house, and you have your own window,” she says. “The world is happening in that way with all these different houses and [people] moving around with their own windows into it. We’re interacting from these different places, and the exchange in between all of that is sort of divine mystery of everything.”

Referencing a concept in physics, she says there are all these intricate connections that, while not visible, are always there. “You don’t really see an electron hop without there being another one,” says Krishna. “It’s almost like they haven’t found it, but there’s something interactive.”

Krishna is not afraid to go deep on My Blue House but closes the first chapter with the more celebratory ’90s dance beats of ‘Back It Up.” “It felt like it was a hidden track,” says Krishna, “like if you had a CD back in the day and you had a bonus track, and it was just this earworm.”

Ready for its unraveling, My Blue House is Krishna’s own—literally. As her community of musicians was growing, she noticed that she was devoting more time to the business side of things and decided to start her own label, Frances Lakshmi Records, in partnership with longtime friend Rebecca Samson of Blonde Records.

“I was investing money I’ve made on music in the past and I wanted to honor this,” says Krishna, who says she already has a publishing division and new partnerships in the works. “I’m a business person when I’m doing business. I’m not my artist self who needs to constantly self promote. I’ve never had a record deal with a third party who was trying to tell me what to do, and this is not the time to start going that way.”

Deciding she wanted to intentionally work with more female musicians and producers, Krishna says was another big shift in her growth. “I had this amazing band of musicians, my community was growing, and I was getting married,” says Krishna. “A lot of my writing previously had been from some of these uncertainties or what was going on with my romantic life with men, so when I dropped that, it wasn’t taking up headspace anymore. I realized I’m an artist, and I lived it even more.”

My Blue House is where Krishna is now. Married and in a new creative space, her blue phase is just getting started. “I want to own this process,” says Krishna. “I want to create and be a part of a really powerful community. I want this to be about fun, and beauty, and shared values.”

*In promoting new single “Tides” Krishna will be fundraising for Desert Island Supply Co. (DISCO), a non-profit literary arts center and creative writing program for students in Birmingham, AL. Supporters giving $12+ via paypal.me/celestekrishna or Venmo @Celeste-Krishna will receive an exclusive “Come on, Come on and Kooze Me” koozie—a play on Krishna’s song Come On and Move Me. 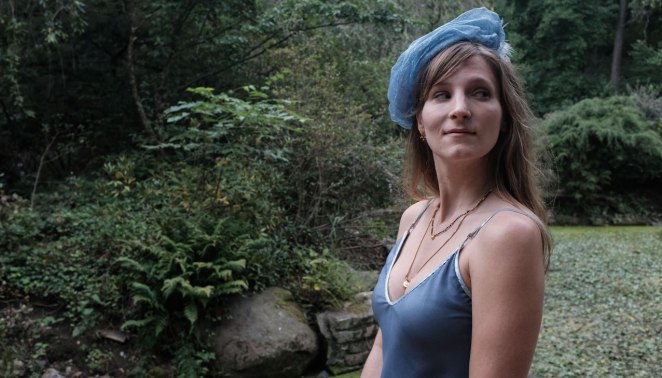 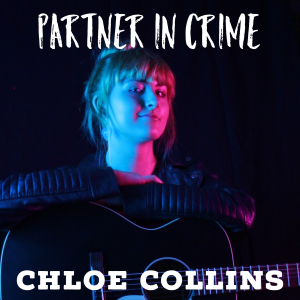 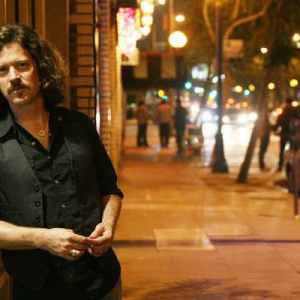