For award-winning drag performer BenDeLaCreme (born Benjamin Putnam) music is often the proverbial spoonful of sugar that helps make the medicine go down. For “DeLa,” as she is known, childhood included melodies all the time. Whereas many families might have kept the television going 24/7, in DeLa’s home growing up it was musicals, soundtracks, and artists like Barbara Streisand and Eartha Kitt. As she points out now, it was the perfect soil for a soon-to-be-aspiring drag queen flower.

But soon, DeLa noticed something about the music she heard and musicals she followed, the songs provided the way for a message to sink in. Ever since, the artist has been utilizing this quality music allows. Most recently, she does so with her longtime collaborative partner Jinkx Monsoon on both their planned upcoming 26-city musical tour and new vinyl release earlier this month.

“Within the context of a drag show,” says DeLa, “where you’re both constantly trying to entertain and amuse but also get across, for me, real messages and complex thoughts to make people think within this context—music is the perfect way to do that.”

When it comes to the music for the holiday projects, DeLa is a lyricist at heart. She’s adept at funny, with an outlandish presentation that, in its own way, questions and subverts aspects of human behavior that makes one go, Hmmm, while also laughing. Together with Monsoon, who often acts more depressive and dower to DeLa’s chipper mood, the two create a great tag team. But their synergy is no accident. The two have known each other for a dozen years, growing up together, creatively speaking, in Seattle.

“We’ve been through so much,” DeLa says. “We’ve been struggling artists starting out, we’ve both gone through the Drag Race grind. And now we manage these larger, successful careers.”

Their origin story goes like this: DeLa, who found herself working largely in cabaret and vaudevillian sects of the city, began to hear a buzz about another skilled drag performer traveling in similar circles. So, DeLa sought Monsoon out. She ended up meeting her in a Starbucks where Monsoon was performing for about ten people in folding chairs. When DeLa walked in, she said to herself, What the hell is this? When it was done, she wanted to be co-workers.

“It absolutely blew me out of the water,” DeLa says. “She was so incredible. I turned to the person I was with and said, ‘I have to case her in my next show. If not, we’re going to be the biggest rivals.’”

DeLa cast Monsoon in her next holiday stage show in the Emerald City and the rest is history. But what cemented their status as global names (indeed, between them, they have millions of social media followers), was each of their appearances on the now Emmy Award-winning reality television show RuPaul’s Drag Race. Monsoon won season 5. DeLa did very well on season six and on a later all-stars season. The hit show helped elevate their careers massively. To add to that, the streaming service Hulu picked up their holiday special last year, which was originally just posted on the duo’s website. As such, the work was seen far and wide—another feather in their collective hat.

“That’s a lot in common with somebody,” DeLa says of their friendship. “As a result, we’re bonded in a sisterhood that is unmatched for me.”

On screen, the two are often mildly combative. Like a 90-year-old married couple, bickering, or engaging in minor spats. It’s an organic drama born from DeLa’s signature positivity and Monsoon’s hard-earned cynicism. It’s the fuel to their work’s fire.

“Our message,” DeLa says, “is that this time of year when there’s lots of pressure to enjoy the holidays in very specific ways, to celebrate specific traditions, to spend time with specific people, namely blood family—if any of those things aren’t working for you, you don’t have to do them. You can celebrate the holidays with the people you want!”

Within that subversive paradigm, DeLa and Monsoon get to play around with their live stage shows, which incorporate original songs, slapstick comedy, and storytelling. They reference pop culture, current events, and whatever else they’d like to, modernizing the show each year as they have this holiday season. This year, of course, the two will talk about the pandemic and what it’s like to experience something awful, universally.

“But all told through the filter of pop parody, original music, dick jokes, and talking candy,” DeLa says.

For as long as those musicals played in the house, DeLa has been a creative spirit. Her output has always been varied. She has studied fine art and performance at the School of the Art Institute of Chicago. She has performed drag now for 19 years. But if you ask her what she loves most about the creativity she endeavors in, she’ll tell you it’s all about accessibility. Too often with the paintings she’s studied, for example, it’s oddly understood that one needs a degree to even appreciate the art. But with music and her drag shows, the offerings are for one and all.

“A lot of art forms have a lot of gatekeeping,” DeLa says. “Music is something that’s universal, innate, primal. There’s something in human beings that is drawn to rhythm and melody in a super-lizard-brain way. You don’t have to teach someone to love music!”

December 30 – Portland, OR (The Newmark) 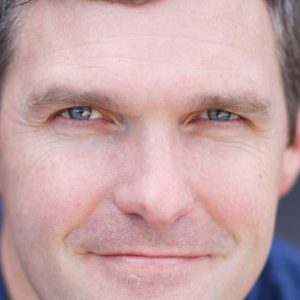 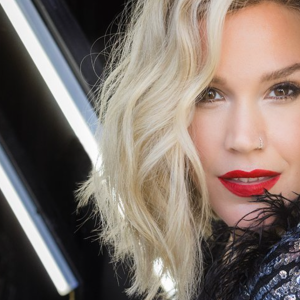