As the world remained locked down in 2020, Drew and Ellie Holcomb packed up an RV and set out for 1,600-mile trek through Tennessee with their three children Emmylou, Huck, and Rivers. Part of the Tennessee Department of Tourist Development’s For the Love of Tennessee, Travel Safe campaign, which was launched in October 2020 to help boost tourism within the state while encouraging safety, the Holcomb’s state-wide journey was documented in a four-part web series.

Seeing their state from many new angles, the couple also penned two new songs, “Hey Rivers” and “Feels Like Home.”

“Honestly, that is part of the narrative of the episodes, the coming together of the songs,” says Drew Holcomb. “We really just started with a few ideas and let the melody and the lyrics evolve as we wrote together.”

Trekking across their home state, the Holcomb family are shown following strict state-wide safety guidelines when dining and during activities as they traveled through Memphis, Nashville, Chattanooga, Kingsport, Lynchburg, Paris, the Smoky Mountains, several Tennessee State Parks, and the Obed Wild and Scenic River in Wartburg.

In the first episode, the Holcomb’s are already writing “Hey Rivers,” a song that follows the upbeat energy of their 2-year-old son—and youngest member of the family—who was named after the Cumberland, Tennessee, and all the state’s famous rivers. “He is pretty extra, lots of fun, but makes lots of messes,” shares Holcomb of son Rivers. “So, naturally, traveling with him is an adventure, and this song is a bit of a chronicle of being his parents.”

On their journey, the Holcombs were also driven to pen the more heartfelt ballad, “Feels Like Home,” a clear homage to their home state and all its history. “Tennessee has always been home to me and now it is to my family,” says Holcomb. “I am excited for the great memories we will continue to make in this great state.”

Launched to encourage a re-discovery of state’s sights and scenes during the pandemic while promoting state-wide safety guidelines, including social distancing wearing a mask, proper sanitization, the For the Love of TN campaign will run through December 2021 in TV, print, digital, radio and other formats. Following COVID, spending in Tennessee declined by 87 percent in 2020, a striking blow to the state, which has seen an uptick in tourism throughout the past decade with 126 million domestic visitors, 195,000 jobs generated, and $1.92 billion in state and local tax revenue in 2019.

Avid road-trippers prior to the series, Drew Holcomb says that their children, all under the age of 10, have already visited more than half the states in the U.S. When the pandemic hit, the family immediately started following strict safety guidelines at home and took that “safe” mentality on the road with them when they were approached to film the series.

“We have taken the pandemic pretty seriously in our household, so our main concerns were doing all of our activities outside, making sure the video team had a strict Covid protocol, and then enforcing all the masking, social distancing,” says Holcomb. “On camera, it was just us and our kids, so we were able to relax inside that family bubble.”

Holcomb hopes their small family adventure puts some parents at ease when traveling within the state.

“I hope parents feel some relief when they hear about the joy and struggle of taking kids on trips,” says Holcomb. “For ‘Feels like Home,’ I hope people find some solace in the reality that even in troublesome times we are bound by our stories, our families, and hopefully we have been able to find rest and meaning in those things during this difficult season.”

This is not the first time Holcomb has shared his art with the state. Tennessee Tourism used Drew Holcomb & The Neighbors’ 2010 single “Tennessee” in its promotional campaigns throughout the past decade, and will continue working with the artist, using “Hey Rivers” and “Feels Like Home” across broadcast and digital content over the next few years.

In the series, the Holcombs also share a special performance of “Hey Rivers” and “Feels Like Home” at the Ryman Auditorium.

“It was such a gift to our family to travel the state, write songs, and see so much of the outdoor beauty our home state has to offer,” says Holcomb, who grew up in Memphis, went to school in Knowville and eventually settled down in Nashville. Though, he lived throughout the state, Holcomb admits there was still so much he never saw before this trip.

“The thing I was most surprised by from the trip was how much of the state I still don’t know,” says Holcomb. “When we were at the Obed River Scenic overlook waiting on the sun to go down and the stars to come out, even though we had never been there, it was a moment for Ellie and me. We realized that the whole state feels like home, even though we are just getting acquainted—even after 38 years.” 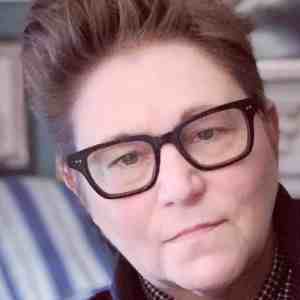 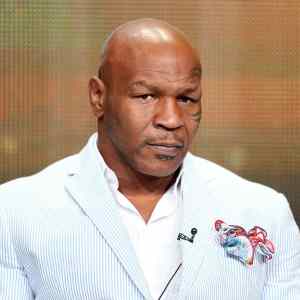